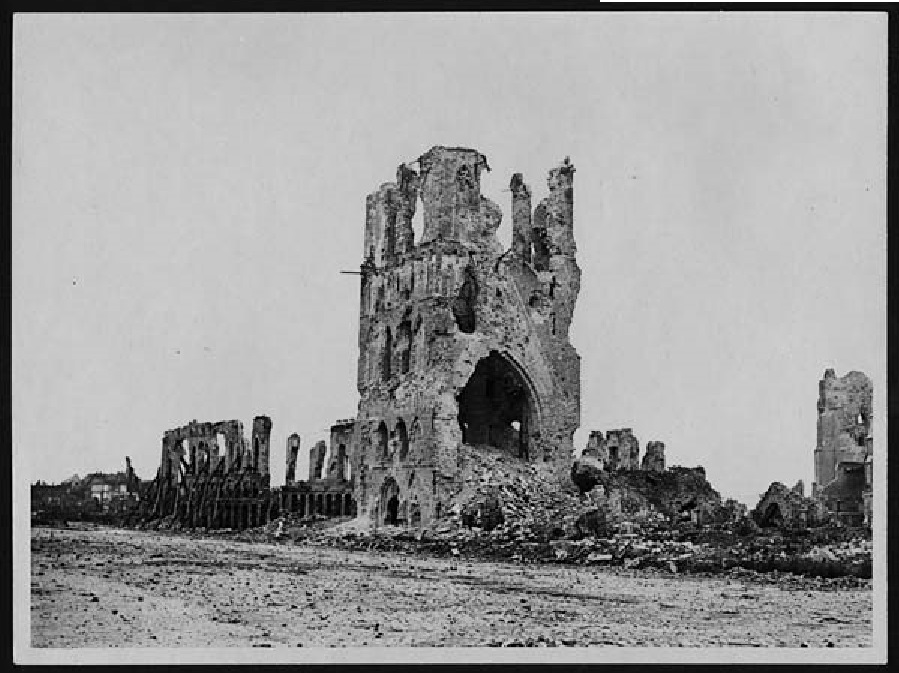 The REAL War to End All Wars

In a recent Amnesty International report, it was found that 13-year-old Dinara Yergali was just one of many Uighur Muslims in China who have suffered from humanitarian abuses. In March 2018, upon returning back to her hometown in Zhaosu County, Xinjiang with her mother from Kazakhstan, she was detained by the Chinese government. Her whereabouts are still unknown. Yergali’s case highlights one of many in which Uighur Muslims have been wrongfully detained. China’s human rights abuses have been touched upon in recent news, but the media has not adequately covered the severity of these abuses and the overarching consequences of its actions.

Who are the Uighurs and what is their current situation?

The Uighurs are a Turkish ethnic minority in Xinjiang, an autonomous provincial region in Northwest China, where approximately 11 million Uighurs currently reside. Most Uighurs are Muslim and follow a moderate version of Sunni Islam. However, most Uighurs do not view themselves as Chinese but instead feel culturally and ethnically closer to Central Asian countries. Many Uighurs even speak a language close to Turkish, with some refusing to learn Chinese Mandarin.

In August 2018, reports from human rights organizations and the U.S. Department of State confirmed that the Chinese government had detained close to 1 million Uighur Muslims. The U.S. Congressional-Executive Commission on China wrote that it is “the largest mass incarceration of a minority population in the world today.” The Chinese government is also detaining other ethnic minorities and targeting Kazakhs, Kyrgyz and other Muslim citizens who have family members in places which the Chinese government has deemed to be a “sensitive country” such as Indonesia, Kazakhstan and Turkey. Additionally, the Chinese government has published an official list of 26 countries which it has labeled as “sensitive.” Most or all of the nations are Muslim nations.

Orchestrated and widespread government discrimination against Uighurs began in 2014 when 200,000 Chinese Communist Party (CCP) members were a part of – according to the Chinese government –  an effort to “visit the people, benefit the people and bring together the hearts of the people.” In this time CCP workers were dispatched to villages in Xinjiang to watch and report on Uighur citizens. In 2016, the “United As One Family” campaign was instituted by the Chinese government. Around 100,000 party workers were placed in the homes of Uighurs whose family members were detained or disappeared as a result of the previous policy. By 2017, there were more than 1 million party members assigned to homestays in Uighurs residences.

What happens in homestays and “re-education camps?”

Homestays are a method for the Chinese government to regulate the religious and cultural practices of Uighurs and other minority groups in order to ensure their allegiance to the Chinese Communist Party. During homestays, party members are told to take note of and change a number of practices such as speaking Mandarin instead of Turkish in the household. The family’s level of religiosity is tested by offering them pork, cigarettes or alcohol (substances prohibited by Islam), or offering a handshake to greet a female member of the family. Their loyalty to the CCP is measured by whether they have Qurans and other religious items in their home or Chinese flags and posters of President Xi Jinping. Furthermore, party members threaten Uighurs to not hide personal opinions or belongings, telling them that their internet and communication activity is being monitored. These measures of loyalty and secularism are used to determine whether family members should be sent to re-education camps or not.

Those sent to camps are brainwashed and nationalized. They are forced to learn Mandarin Chinese, swear their loyalty to Xi Jinping and renounce Islam. The detained have to listen to “ideological lectures, sing hymns in praise of the Chinese government and even write self-criticism essays.” In internment camps, they also live under an extensive surveillance state. China has employed the use of facial recognition cameras and QR codes to track Uighurs and confiscate cell phones and other materials deemed to be threatening to the Chinese regime. There have also been many reports of physical and mental torture. Survivors have said they are subjected to military-style discipline, sleep deprivation, solitary confinement and beatings.

Why are they being persecuted?

China has claimed that its actions are in response to violent Islamist and ethnic separatist groups in the Xinjiang region. It is true that in the past decade there have been conflicts between Han Chinese (China’s ethnic majority) and Uighurs. Similar to Tibetan independence activists, Uighurs have organized to call for their autonomy. Uighurs have felt that their culture and livelihoods are under attack and in response, there have been outbreaks of political violence. For instance, in 2014 a Uighur separatist group was responsible for the stabbing of 33 civilians at a railway station. However, the Chinese government has also indiscriminately blamed attacks on Uighurs from the region. After a knifing attack in February 2017, Xinjiang’s Communist Party boss, Chen Quanguo, urged government forces to “bury the corpses of terrorists in the vast sea of a people’s war.”

China has also abjectly denied the reports of Uighurs being kept in re-education camps in front of the UN. They later stated that the re-education camps were vocational training facilities, set up in an effort to alleviate poverty and quelling terrorism in the region. Chinese government spokespeople have claimed that the Uighurs were voluntarily given courses on Chinese history, language and culture. Another narrative that the Chinese government has adopted is that religious ideology is a disease. Consequently, the Chinese Communist Party has distributed official messaging describing Uighurs that have been put in re-education camps as being “infected with religious and extremist ideology.”

It is interesting to note that China does not treat all of its Muslim population in the same way as the Uighurs. There are 10.5 million Hui Muslims living in China, making them the largest of China’s recognized ethnic minorities. Unlike the Uighurs, China lets the Hui practice their religion without restriction. For example, Hui Muslims wear traditional Islamic clothing and are even allowed to pray in school, while Uighurs have been forced to cut their beards and remove their veils. CCP workers have gone so far as to prohibit Muslim names for new babies. What is the difference between these two Muslim groups in the eyes of the Chinese government? Simply, the Chinese government does not view the Hui Muslims as a domestic security threat. Hui Muslims are more integrated into the Chinese mainstream with the Han majority and have not pushed for autonomy.

There is also an economic element intertwined in the systematic oppression of Uighurs. China’s new Belt and Road Initiative (BRI), an ambitious plan to expand China’s sphere of influence to the Middle East and Central Asia through infrastructure and trade, relies on controlling Xinjiang. Xinjiang is home to China’s largest natural gas reserve, 50 percent of the country’s coal reserves and 20 percent of its oil. Two of the Belt and Road Initiative planned economic corridors will pass through Xinjiang. Thus, the success of the Belt and Road Initiative (BRI) relies, in part, on the stability of Xinjiang. The Chinese government wants to ensure separatist voices are quelled in order to ensure it can hold onto the region’s resources and move forward with BRI development.

What is being done about this crisis?

As with most human rights crises, the most vocal voices condemning China have been international human rights NGOs. However, their reach has been minimal because of the Chinese government’s tight grip on media and press in the Xinjiang region.

Last year, the U.S. Congressional Executive Commission on China urged the Trump administration to place sanctions on officials and companies involved in the “ongoing human rights crisis” in Xinjiang. The committee wrote, “Muslim ethnic minorities are being subjected to arbitrary detention, torture, egregious restrictions on religious practice and culture and a digitized surveillance system so pervasive that every aspect of daily life is monitored.”

The new UN Human Rights Chief, Michelle Bachelet, has also demanded that monitors be allowed access to Xinjiang, a request that drew an angry response from Beijing. The situation is unlikely to change without greater action from powerful nation-states and Muslim countries. Despite the persecution of the Muslim minority in China, many Muslim nations have been silent on the issue. Perhaps their silence can be attributed to Shia-Muslim governments being unwilling to defend the rights of the Sunni Uighur minority or because many of these governments themselves are familiar with the use of oppressive and repressive tactics against their own citizens.

The international community should be proactive about accepting refugees and refuse to deport Uighur refugees, like Germany and Sweden have done. They should also urge neighboring Central Asian nations to not view their economic interests with China as mutually exclusive with helping refugees. It is unlikely that China would retract their plans for the BRI with countries such as Kazakhstan. However, many Central Asian countries are apprehensive of risking their economic relationship. It is paramount that the international community begin paying attention to the ethnic cleansing of Uighurs.

Srividya Dasaraju is a senior majoring in International Relations. Her academic interests include security and terrorism studies, international law, and the politics of climate change. Last summer Srividya interned for Senate Minority Chuck Schumer in DC. On campus, she is on the Trojan Policy Debate Team, a student associate at the Unruh Institute, an associate editor for the Journal of Law and Society, a member of Phi Alpha Delta, and Campus Eventsco-coordinator for SCIA. Srividya is also a research assistant for Professor Markowitz in the Security Political Economy Lab where she helps research the relationship between Arctic resource competition and states’ power projection.