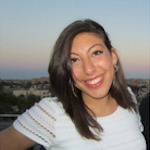 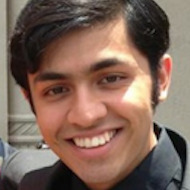 Samir graduated from the University of Southern California with a BA in international relations and a BS in economics-mathematics. Specializing in the international affairs of South Asia, he conducted field research in India and authored a thesis on the nexus between collective memory and subcontinental nationalism. While a student, he led USC’s Model United Nations and served as the Editor-in-Chief of the Southern California International Review. He is a co-founder of Glimpse from the Globe.

Reid earned dual BA degrees in Political Science and International Relations from the University of Southern California. Reid’s undergraduate research focused on Asia-Pacific security affairs, specifically with respect to Southeast Asia. This interest led him to travel overseas, including three times to Burma, where he conducted interviews with leading political figures and dissidents. His research has resulted in the publication of multiple articles. Lidow was awarded a highly competitive Gates Cambridge Scholarship at the University of Cambridge where he received an MPhil in Development Studies. He currently works for the International Commission on Financing Global Education Opportunity in New York City. 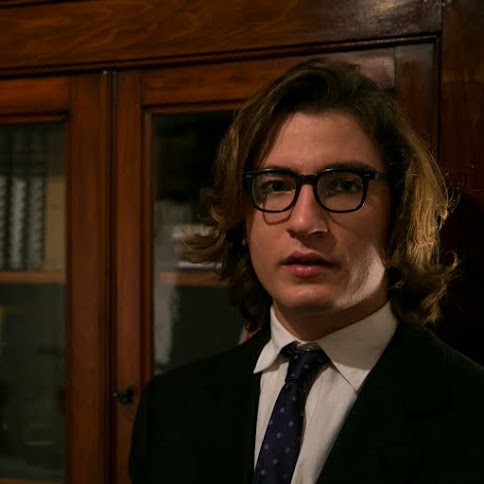 Alessandro earned a BA in International Relations from the University of Southern California on a Trustee (full tuition, merit) scholarship. In 2012, he researched Arctic politics and ecological security in Sweden, Finland and Russia. His particular interest is in the relationship between climate science and policy making. Additionally, in 2013, he researched post-genocide democratization challenges in Rwanda and presented the findings at the University of Minnesota. As a student, he served as Glimpse from the Globe’s Media and Content Manager and was a member of the USC Varsity Sailing Team for 3 years. After serving a one year Princeton in Asia fellowship as a national news reporter for the Phnom Penh Post, Alessandro is now a features writer at the Post. He can be followed on Twitter @alemzs. 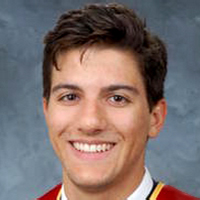 Thomas D. Armstrong earned dual BA degrees in History and International Relations from the University of Southern California. During his time at USC, Thomas twice traveled to China, including a Critical Language Scholarship from the US Department of State to intensively study Mandarin at Suzhou University. Additionally, Thomas studied European foreign and security policy at Vrije Universiteit Brussel and interned at the Egmont Institute, a Belgian think tank. In recognition of his international pursuits and scholarship while on campus, including a thesis on the Sino-American relationship during World War II, Thomas was honored as a USC Global Scholar. From 2014-2015, he served as the Editor-in-Chief of Glimpse from the Globe. Thomas currently works for a management consulting firm in Washington, DC. 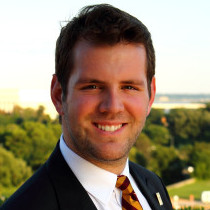 Nick graduated summa cum laude from USC with a BA in International Relations and a minor in Applied Computer Security in May 2015. He is currently pursuing a U.S. Department of State Critical Language Scholarship in Vladimir, Russia to study Russian language and culture intensively for the summer. After completing his intensive study of Russian, he will depart for Belarus on a Fulbright Scholarship to teach English and American culture and conduct research at a university. You can follow Nick’s adventures in Russia and Belarus on his blog at www.theborschtidentity.com. Nick previously served as President of Glimpse from the Globe from 2014 – 2015. 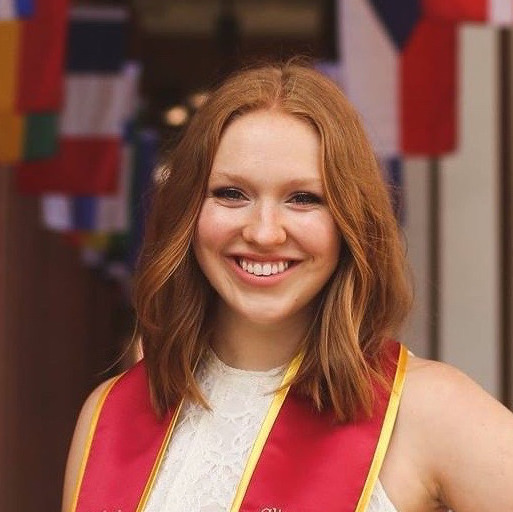 Abigail Becker graduated from USC in 2016 with a BA in International Relations and East Asian Area Studies. Her core interests include US foreign policy, US-Korean relations and East Asian politics and security. In 2013, she studied at Ewha Woman’s University in Seoul, South Korea, as a Global East Asia scholar and spent the spring semester of 2015 at Yonsei University in Seoul. Abigail also worked for the US Department of State as a Domestic Political Section intern at the US Embassy Seoul and was an Undergraduate Fellow at the USC Korean Studies Institute. Abigail is currently pursuing a Masters in Asian Studies at Georgetown University’s Walsh School of Foreign Service. At Georgetown, she serves as the Managing Editor of the Georgetown Journal of Asian Affairs. Abigail previously served as President of Glimpse from the Globe from 2015-2016. 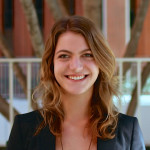 Isabella Soehn is a Senior at the University of Southern California studying International Relations and Economics/Mathematics. During her time at USC, Isabella has researched Arctic politics and ecological security in Iceland, Sweden, and Finland, conducted research with the Security and Political Economy (SPEC) Lab and served as Editor in Chief of Glimpse from the Globe from 2015-2016. Her interests include global economics, development and infrastructure with a focus on Africa and the Middle East. Isabella interned with the Boston Consulting Group over summer of 2016 and will be returning as an Associate in 2017. 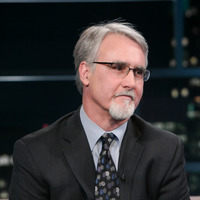 Professor Robert D. English is Director of the School of International Relations at the University of Southern California. At USC since 2001, he previously taught at the Johns Hopkins University’s School of Advanced International Studies (1998-2001) and, prior to that, worked as a policy analyst in the US Department of Defense and Committee for National Security (1982-1987). He holds both a Masters of Public Affairs and Doctorate from Princeton University (1982, 1995) and a Bachelors degree from the University of California, Berkeley (1980). He is the author, co-author, or editor of three books including Russia and the Idea of the West: Gorbachev, Intellectuals, and the End of the Cold War (Columbia University Press, 2000) as well as articles in such journals as International Security, Diplomatic History, European Review of History, The National Interest and Global Dialogue. English specializes in Russian and post- Soviet international relations, and also teaches courses on political economy and nationalism in post-communist countries. 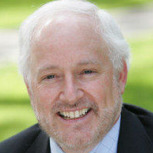 Steven Lamy is vice dean for academic programs in the University of Southern California’s Dornsife College of Letters, Arts and Sciences, and is a professor in USC’s School of International Relations. As vice dean, he oversees all undergraduate and graduate programs in the college. He earned his PhD in international relations from the Graduate School of International Studies at the University of Denver. His areas of expertise include international relations theory, foreign policy analysis, the foreign policies of the US, European states, Australia, New Zealand and Canada, and teaching and curriculum development in international relations. Dr. Lamy has published more than 45 articles and book chapters in these areas. Oxford University Press published his most recent book, Introduction to Global Politics, in August 2010. A second edition was published in 2012. His current work on global governance focuses on both environmental issues and human security.

*The Glimpse from the Globe Board of Governors Chair serves at the pleasure of the Board and acts as a conduit between all Board members. The Chair is responsible for coordinating the annual Glimpse Vision Meeting, a time at which all Board members discuss the year in review and goals for the coming year. The Chair is elected for a non-renewable, one-year term. Upon completion of the Chair’s term, this individual will serve the remainder of his/her term on the Board of Governors as a general member.