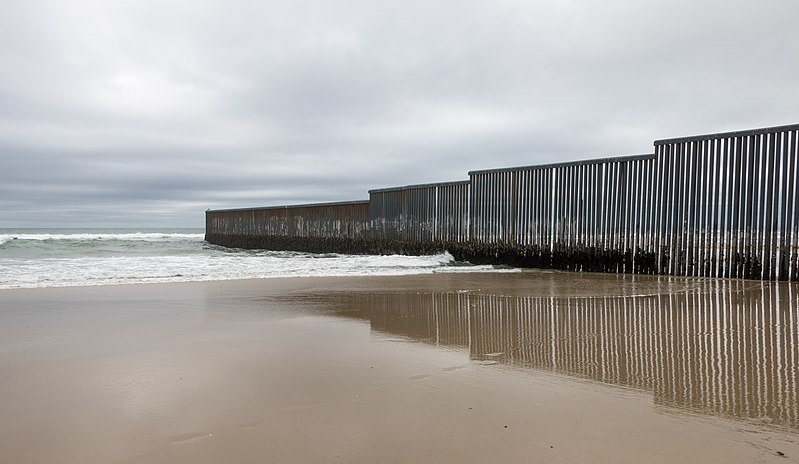 The Latest on US – Mexico Relations

With the fourth highest population of transient people in the nation, roughly 9,000 people within the San Diego area are unable to acquire and maintain safe or adequate housing. Despite an overall decline in homelessness in California in 2018, San Diego has experienced a 4.8 percent increase in its homeless population over the last two years. The issue is exasperated by the inaction of San Diego’s government and local institutions, effectively placing the burden upon the residents. Left without a choice, these residents have attempted to remedy the situation with makeshift food drives and community outreach. However, the few grassroots movements that have sprung up are largely underfunded and unable to make a lasting impact. As the issue continues to grow in the heart of Southern California, health, safety and ethical concerns become more pressing and crucial to combat.

A Question of Health

The homeless epidemic has created a perpetual healthcare nightmare in the seemingly ideal vacation destination of San Diego. Living unsheltered in close proximity, the homeless both create and suffer from an unsanitary environment that facilitates the spread of serious and deadly diseases. In 2017, an outbreak of Hepatitis A among the homeless and drug users resulted in over 600 cases and 20 deaths in San Diego County. The government of San Diego responded by deploying mobile foot teams to the streets to administer mass vaccinations, targeting those perceived as high risk. However, its efforts were underwhelming, with the government taking more than six months to devise a plan to administer the vaccination. With its strikingly slow response, the government undoubtedly contributed to the rapid spread of the virus and drew criticism from external bodies such as the California State Audit. Furthermore, even after this catastrophe, officials failed to institute programs to prevent similar outbreaks in the future, nor were any steps taken to remove the poor living conditions that contributed to the virus’ inception. Inability to access proper healthcare, hygiene facilities, and mental health professionals perpetuate an ongoing cycle that prevents these individuals from getting off the streets for good.

While health concerns threaten the lives of all of San Diego’s residents, the transient population continues to pose a safety threat to the community. In 2017, the city’s rate of violent crime increased 3 percent with the homeless population often involved either as the victims or perpetrators. While local news rarely cover such incidents, attacks against and by homeless individuals are frequent and often incredibly violent. In 2018, a homeless man was beaten to death with a skateboard in North Park.  Hundreds of victims in San Diego County that year were subject to violence due to their transient status. In 2017 alone, two different serial killers solely targeted homeless individuals, murdering them by setting them on fire and impaling them with railroad spikes.

Although some local residents have committed or  continue to commit violent crimes against the homeless population, the homeless themselves are also perpetrators of criminal behavior, a fact tied to the high rates of mental illness within the homeless community. In 2017, a mentally ill homeless man attempted to assault more than five different people before police were able to arrive on the scene and subdue him. A few weeks later, another homeless man terrorized a couple sitting in their car. Unfortunately, incidents such as this occur dozens of times per year within San Diego County, and the threat of violence hangs over all individuals in San Diego.

In addition, the lack of access to basic human necessities such as food, clean water, hygiene products and adequate shelter is a pressing ethical concern. This standard of living, typically associated with third world countries, is experienced by roughly 9,000 people living in one of the most affluent communities in the world. As previously addressed, the lack of funding dedicated towards mental health programs is seriously concerning. From a moral standpoint, the city of San Diego must address whether access to mental healthcare and facilities will be a priority for the growing homeless population.

Criticized by many for its limited response and inaction, the government of San Diego has failed to address the homeless epidemic within the county. While city council members refuse to comment, and other local government officials seem to look the other way, the ever-growing population of San Diego residents without homes and its associated health and safety concerns continue to suffer.

Although the solution will be complicated, the choice to help is simple. Given these pressing issues, it is the duty of local and state actors to intervene on behalf of those who are unable to help themselves. The San Diego government must step up and take responsibility for its residents, including those without homes. This may include more frequent screenings for serious and life-threatening diseases, the establishment of hygiene facilities in areas with high vagrancy populations and more funding directed towards rehabilitation programs, healthcare and mental health programs. In order to make real progress, the community of San Diego must come together to acknowledge and combat this epidemic before it worsens even further.

Ashlyn Elliott
View More Posts
Ashlyn Elliott is a junior at the University of Southern California double majoring in International Relations and History. During the summer of 2018, she interned for the Egmont Institute- a royal think tank based in Brussels, Belgium that focuses on issues of security in the EU. Ashlyn is also interested in foreign affairs, particularly military security and diplomacy in the Middle East, the United States, and Eastern Europe. Outside of her studies, Ashlyn is on the e-board of the John Quincy Adams Society, and enjoys volunteering at a local German Shepard Rescue. Previously, Ashlyn served at the Special Events chair for Alpha Delta Pi sorority and on the e-board for Greek Intervarsity. A native of San Diego, California, Ashlyn loves surfing, yoga, traveling, and painting.