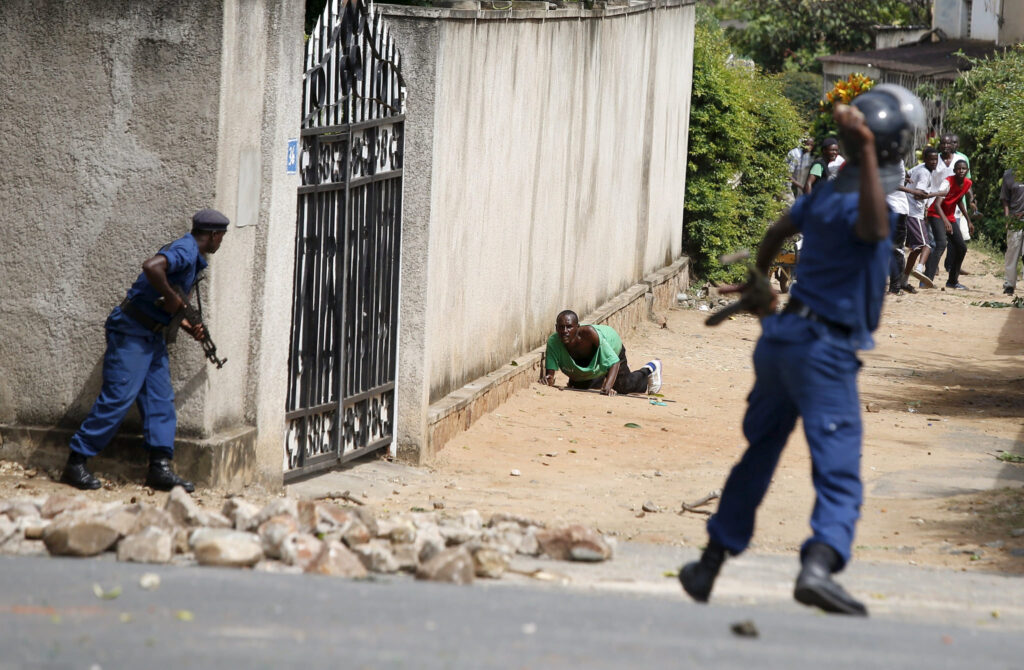 In 1953, the Jackson Committee, a committee appointed by President Dwight D. Eisenhower to “evaluate the government’s information and related policies and activities”, delivered a report recommending that the United States publicly demonstrate and emphasize “the gap between communist ideology and (actual) Soviet practice.” Half a century later, in 2016, Russian President Vladimir Putin apparently put that same strategy to work in an uninvited quid pro quo.

And he almost had it all figured it out. Putin was masterfully undermining the fabled American democracy, using both fake news and leaks to illustrate the US government’s’ hypocrisy and — to borrow a phrase from the Jackson committee, the disconnect between democratic ideology and (actual) democratic practice.

The Kremlin used fake news to spread rumors about fixed elections (aided by one of the Presidential nominees himself) that ended up dominating domestic and international media. The right-wing (primarily alt-right) media, and even some among the far left, started fueling a narrative that Hillary Clinton would be elected because of corrupt democratic institutions, thus rendering her an illegitimate President. Nearly half  of US voters would be, albeit unwittingly, acting as Putin’s mouthpiece, decrying the fraudulent nature of American democracy and the hypocrisy of its elite.

This is what I believe the Russian government’s ultimate goal was — and not, as now almost all analysts suggest, to help Donald Trump secure the presidency. Not to say that observers are necessarily incorrect in their assessment that Russia tried to weaken Clinton, and wanted to derail her campaign. Rather, it is to argue that Putin ordered this under the belief that Clinton would still win the Presidency (which all accounts suggest they believed, like the rest of us, until the very end).

Such an election would have been more useful for the Kremlin than a Donald Trump victory on several distinct fronts.

First, it would have left Clinton a battered President, making it harder for her to garner public, and even administration-wide, support for many of her initiatives (including on issues of direct interest to the Kremlin, like increased military involvement in Syria, strengthening of Russian sanctions, and refusing to legitimize Russia’s Crimean annexation).

Second, it would have led to a significantly more predictable American presidency. Putin triumphs because of his unpredictability, and his challenging of international norms. Now, the only country in the world decidedly more powerful than Putin’s has a leader even more unpredictable, and perhaps even more unconcerned with international normative values. Putin can no longer count on US restraint where US restraint is expected; instead, he will learn that the US government will behave with the same impulsiveness and volatility he himself thrives on. This will be especially damaging once the relationship between Putin and Trump cools down, which it inevitably will; two petty demagogues with competing interests will collide soon enough. In fact, they may already have. On February 2nd, Trump’s pick for US ambassador to the UN, Nikki Haley, delivered scathing remarks regarding Russian military actions in Ukraine, saying that the “crisis will continue” until “Russia and the separatists it supports respect Ukraine’s sovereignty and territorial integrity.” Those who followed the elections — or have ever had the displeasure of venturing on our President’s twitter account — will notice a rather striking difference between Haley’s rhetoric now and Trump’s tone on Russia during the campaign (i.e. “the people of Crimea, from what I’ve heard, would rather be with Russia than where they were”). What will actually happen is anyone’s guess. But that Trump will remain unpredictable and impulsive is a certainty.

Third, Putin surely can no longer claim that the US is a corrupt, crony-democracy, his usual retort to Russian dissidents who hail America as a model. Donald Trump getting elected despite his almost unanimous, unequivocal rejection by Washington’s elites belies Putin’s vision of American democracy as an oligarchy. Putin must now, formally or not, admit that America is as true a democracy as there is (for better or for worse).

Finally, Putin can no longer act as the valiant soldier leading the fight against Western hypocrisy and imperialism, meaning he can no longer justify any costly foreign escapade by framing it as a rebuke to Washington. Once the US stops caring about the Syrian disaster — which seems to be the direction the Trump administration will head in — Russians will soon ask themselves why they themselves should care. More importantly, they will ask why it was worth the considerable material and human cost when the current American President sees no national interests or objectives in the region. Indeed, Putin no longer can claim to be the valiant soldier leading that fight because the US just elected the valiant soldier decrying American hypocrisy. Consider Trump’s already infamous interview with Bill O’Reilly. When pressed on the immorality of allying himself with Putin, a “killer”, in O’Reilly’s words, Trump responded with: “There are a lot of killers. You think our country’s so innocent?” This has been a de facto Russian position for decades — that there is no difference between the US and its own functioning dictatorship. Now, shockingly if not unsurprisingly, it seems to be the official position of the White House as well. As Trump sheds light on US hypocrisy and embraces US isolationism, Putin invariably loses his proxy war logic.

The Russian economy is doing poorly enough (and in fact may actually do worse now that the US plans to more aggressively pursue their own liquified natural gas {LNG} industry, a key Russian export) that Putin has needed a boogeyman at every stop to point to a convenient excuse and continue consolidating public support. What or who will Putin now fight against?

Putin understood the clear advantages of a weakened Clinton presidency, but he achieved far more — a derailed Clinton presidency. Now, he must face the consequences of his own election interference and catastrophic success. Had Clinton won, Putin could have continued operating as he had learned to do, with a debilitated adversary. Sure, this would have resulted in sustained sanctions and prolonged economic consequences for the average Russian. But it also would have meant a continued steadfast grip on power for Putin and his cronies. Putin now inherits a more unpredictable leader than himself in the most powerful country in the world, and has lost Russia’s boogeyman that allowed him to act without checks-and-balances for the better part of a decade. As US elites who witnessed the end of the Cold War can testify, it becomes a lot harder to make civilians ignore domestic issues once the existential foreign threat — true or feigned — finally dissipates.