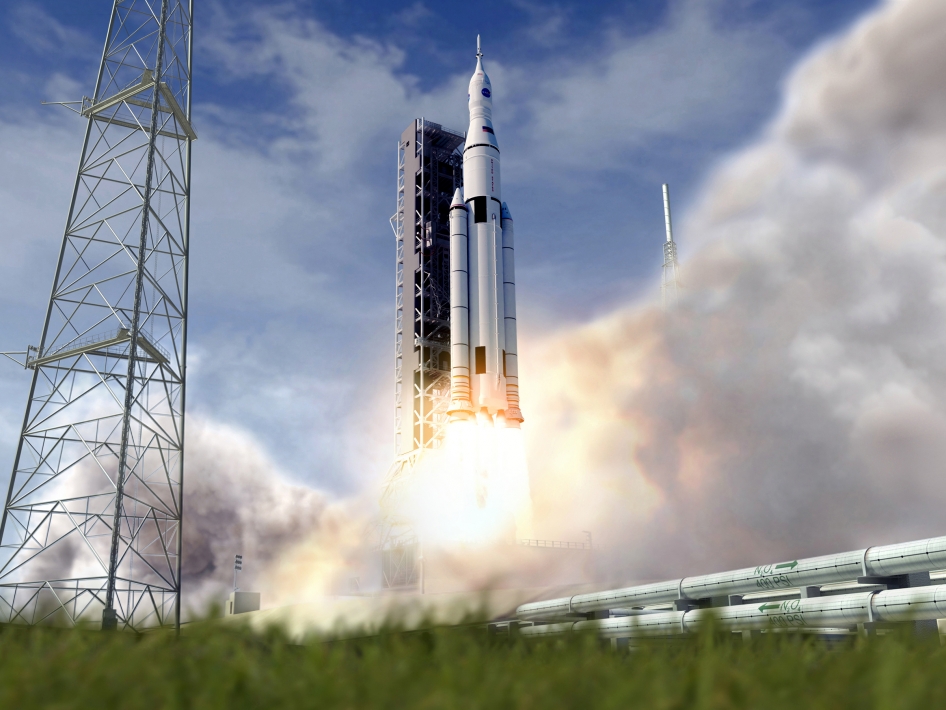 Nationalism: long thought to be one of the strongest forces in the world. The exact definition of nationalism is the amalgamation of feelings, principles and efforts in the name of patriotic pride for one’s nation or country. The psychological concept of nationalism has always been present in humans, because we’re “programmed” to identify with our groups – our “herds” – who we work with to ensure our survival as individuals and as a species.

What we’re witnessing as these two crises in Gaza and Ukraine unfold is a phenomenon that is becoming clearer as the world globalizes: the clash of nationalism and technology. In the past, the only way for a nation to defend itself was through large-scale war against other nations, but technology is allowing smaller entities to assert themselves on the global stage. In the tragedy of 9/11, it became clear that large-scale war was no longer the paradigm. A group – Al-Qaeda – was able to wage war on the hegemon – the US – and the hegemon was forced to wage its “War on Terror” on an ideology.

In a similar group-against-nation dynamic, the war between Hamas and Israel is driven by nationalist sentiments, and so is the war fought between Ukraine against its pro-Russian rebels. Aside from the tragedies these two conflicts have created – most recently pro-Russian rebels shooting down commercial flight MH-17, and the 500+ deaths in Gaza and Israel – the conflicts reveal that it is becoming easier for smaller and smaller groups to assert their own brand of nationalism on bigger and bigger entities. Diplomatic efforts to end these conflicts, therefore, must begin focusing more on the global, collective good and less on emphasizing “peace talks” between warring nations. Continuing to simply call for peace between nationalistic entities only underlines differences between groups, which in turn strengthens nationalistic mentalities and further separates peoples.

Two major crises could not come at a more inopportune time. Now the United States faces trouble on three fronts: the ISIS crisis in Iraq, the MH-17 disaster, and the war in Gaza.

I wrote in a recent piece for Glimpse about how rapprochement with Iran was expedient for our interests in the Middle East. In the US-Iran engagement, Russia had always positioned itself as a close partner with Iran, able to sway Iran to a favorable agreement similar to China’s promises on North Korea.

But, the MH-17 disaster complicates things. Facts are still surfacing, but with the US Intelligence Community confirming that the weapon systems used to shoot down MH-17 were moved quietly back to Russia and Putin’s public attempts to shift blame onto Kiev, it is almost certain that Russian-backed and armed rebels shot down the plane.

This leads the US to a new dilemma: choosing which foe represents the larger threat: Russia or Iran. While it is clear that Russia must be held accountable, the US should take care not to completely back the bear into a corner. At the same time, greater action against Russia, which seems likely considering the global outrage, would signal that a rapprochement with Iran is no longer merely expedient to fighting the ISIS crisis, but necessary now that Iran’s partnership (or at least being out of Russia’s orbit) is required to address both ISIS and Russia. This unfortunately gives the Iranian hand a significant boost as the Americans and Iranians return to the table for extended negotiations.

I don’t have too many thoughts on either crisis boiling up this week, not the one in Gaza or the one in Ukraine. I do have thoughts, however, on what the American and overall Western reaction will be to each.

If the timeline of the Ukraine crisis up to this point is any guide, then I think it can safely be said that there won’t be very much in the way of policy innovation in the wake of the tragedy of MH-17. Sure, a few more impassioned speeches will be made in Brussels and Washington about heavier sanctions on Moscow, and much energy will be expended in the time-tested act of finger-waving. But no one in the European Union or US has the political will to make truly meaningful actions against Putin’s Russia, and I don’t necessarily think they should. MH-17, for the tragedy it is, is not particularly important. But, if Russia’s actions began to directly threaten the Baltic States or Poland, then we might see some shuffling of feet in the West.

As for Gaza, that’s even easier. The fight will go on for a few weeks or months, Palestinian and Israeli apologists will absolve themselves and accuse the other side, and one happy autumn day the flag of truce will go up. Give it three years, maybe less, and there will be peace talks in America again. Another few years and they’ll be back at war. However, shifting geopolitical dynamics in the broader Middle East might alter the equation somewhat. In particular, if Iranian-American relations normalize, and the US distances itself from Israel, the Jewish State may be compelled to engage in more vigorous diplomacy. Conversely, if the massive war underway in neighboring Syria and Iraq spreads into Jordan, a more security-paranoid Israel could take aggressive measures in Gaza and even the West Bank to forestall the violence from penetrating its borders.

Since the beginning of the Ukraine crisis in November 2013, the fighting in Crimea has unfortunately involved many civilians. Because of the nature of the fighting, the death of more innocent people is not surprising. What distinguishes the attack on MH-17 from previous conflicts is the international nature of the event. The crisis in Ukraine has, of course, been an international headline from the start, but for most people beyond the Ukraine/Russia border, it has remained a distant threat. The crash of MH-17 shatters that feeling of safe separation. Almost every continent was represented on the flight, and a number of countries issued statements of sadness and anger. The Netherlands, which lost 193 citizens, has been particularly vocal, and rightfully so.

To make matters worse, the rebels handled the aftermath of the crash with an unbelievable lack of tact and decency. The bodies of the victims were hidden for days after the crash in train cars and the crash site was kept on strict lockdown. Unsurprisingly, there has been no apology from the rebels, Putin or the Ukrainian government. All parties have instead chosen to play the blame game – though most everyone agrees the Russians and rebels are responsible. The botched handling of the victims’ bodies has only increased tensions and polarized the opposing sides. This is no longer a crisis between a state and rebels—it is a conflict between the rebels and Putin, and angered people around the world.

Let’s talk facts. The 2014 pro-Russian unrest in Ukraine began on February 23, 2014. During the past five months, two Ukrainian military planes have been shot down in the region: one in June and one just three days before the attack on MH-17. The plane crash in June has been identified as the work of pro-Russian separatists. The large Ukrainian military transport jet was shot down using a shoulder-fired missile when the jet was trying to land at an airport in Luhansk. One month later, another military plane was shot down when it was flying at 6,500 meters. This distance is well beyond the range of shoulder-fired missiles. Ukrainian officials speculated that a more powerful missile had brought down the plane, and the missile was perhaps fired from territories within the Russian Federation. A powerful anti-aircraft weapon that is capable of doing such damage is called the Buk surface-to-air missile. The Buk missile system was developed by the Soviet Union and was in service since 1979. Buk is “capable of detecting air targets at ranges of up to 160 km and hitting them at full altitude range at a distance of over 30 km,” according to the Russian Defense Ministry information. Obama has already confirmed the use of surface-to-air missile in the MH-17 disaster on July 18th. By connecting these dots, Putin has his fingerprints all over this. What is his next play and how will the international community respond?

Both the Gaza crisis and the Malaysian Airlines tragedy have resulted in unfortunate, devastating civilian deaths. These were 800+ individuals (400 noncombatants and counting in Gaza, 298 on MH-17) that had no say, no involvement in either conflict. They were casualties of crossfire, and whether their deaths are labeled accidents or unfortunate necessities resulting from the use of civilians as human shields, the loss of innocent life is unjust and disturbing. While the technology of war has evolved to allow high precision targeting and supposedly minimize collateral damage, clearly, this is not what is happening. To add insult to injury, the deaths are being politicized! Headlines earlier suggest that the remains of the dead of the Malaysian aircraft are pieces in an international political ‘game’; a Wall Street Journal article suggested that the very election of Hamas in Gaza forfeited civilians’ rights to be safe from war. The sanctity of life no longer seems to have any value; those who have lost loved ones are apparently not even allowed to mourn.

Yes, there is a bigger picture to look at—there is a greater good (everyone has a different opinion as to what that constitutes) to consider. But in these physical and verbal battles between nations, groups, passions and beliefs, it is imperative that we remember the humanity of those lost—as well as our own. 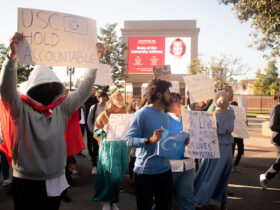 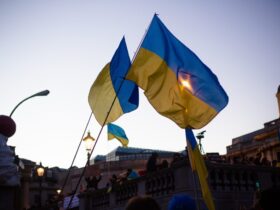