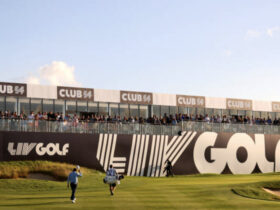 Over the past few years, the largest obstacle to Iran’s power projection and influence in the greater Middle East has been sanctions levied against Tehran by the United States, Europe and the United Nations. Tehran’s nuclear program is the main cause, but festering wounds caused by Iran’s own vehement anti-Americanism and the 1979 Hostage Crisis endure, with Iran’s support of Hezbollah against Israel causing even more strain.

Optimism in the West for rapprochement with Iran surged with the swearing-in of the relatively moderate President Rouhani. After President Rouhani visited New York City, held a phone conversation with President Obama – the highest level talk between the two countries since 1979 – and then offered to sit down and talk about proliferation and the possible ending of sanctions, the West was ready to listen. With a possible rapprochement on the line, it is a prime time for the US to analyze Iran’s geostrategic objectives in the context of American involvement in the Middle East and the ongoing Iraqi crisis.

Iran geopolitical position is unenviable. A look at it’s neighborhood reveals that, contrary to hardliners’ fears of a post-sanctions Iran ruling the Middle East, Iran finds itself in a tar pit of dangers.

Iran is only one of four majority Shi’a countries, the others being Iraq, Bahrain and Azerbaijan. Despite Iran viewing itself as the leader of the Shi’a world, relations with each of these Shi’a countries are strained. Iraq is deteriorating by the day. Bahrain mistrusts Iran due to Iranian sentiments expressing the desire to annex Bahrain, igniting Bahraini Arab nationalism. Azerbaijan and Iran, despite sharing strong cultural, religious and historical ties, mistrust each other. Iran remains suspicious of possible Azeri irredentist ambitions (four of Iran’s provinces are considered part of “Greater Azerbaijan”), while Azerbaijan also remains suspicious of Iran’s maneuvers, particularly after Iran’s support for Armenia during the Nagorno-Karabakh War.

Due to its size, its ability to project significant power and its historical and cultural influences, Iran is a contender for establishing regional hegemony in the Middle East. It faces two rivals, Saudi Arabia and Turkey, one a parallel Sunni theocracy and the other a secular republic. Despite Turkey’s recent political instability, their friendship with the Iraqi Kurds and existing image as an effective partner for the West in Middle Eastern affairs renders it a significant regional power. Saudi Arabia is determined to oppose Iran at every turn. Leveraging its status as a strategic American ally, Saudi Arabia has liberally asserted itself in the greater Middle East, endeavoring to isolate Iran and funding Sunni movements against Iran and its allies. Wikileaks documents reveal that despite warming relations, Saudi Arabia encouraged the Americans to attack Iran in the heyday of the Israel-Iran standoff.

Thus, Iran is relatively isolated in the world. While Iran does have powerful friends in China and Russia, the former does not wish to be heavily involved in the politics of the region and Iran cannot consistently rely on their help. Syria is the only reliable regional ally, but unfortunately for Iran, Assad has been severely weakened in his fight with the rebels, leaving Iran, in terms of immediate surroundings, with few options.

Therefore, Iran’s pursuit of nuclear capabilities for its own power projection is understandable. Furthermore, Iran’s overall regional strategy relies on soft power. Facing a Sunni Saudi Arabia backed by the Americans, Iran has opted for pan-Islamic leadership by taking foremost action against its arch-nemesis Israel, thereby not only attempting to rally Muslims to the Palestinian cause, but also attempting to encourage the people of the Middle East to expunge American influence from the region.

The origins of the ISIS Crisis are studded with irony. Before ISIS established a Caliphate, the underground group was funded largely by wealthy patrons in Saudi Arabia, Qatar, Kuwait and the UAE, secretly wishing to ignite an anti-Shi’a jihad. Although Saudi Arabia has since reduced donations to ISIS, it is clear that America’s traditional allies in the region indirectly contributed to the disintegration of the Iraqi state. This is not to say that Maliki’s own sectarian policies, and by extension Iran’s own meddling in Iraq, share no part of the blame. It is only to say that in this current climate, the US finds itself in an awkward, and oddly opportune, position of needing new allies to help stabilize Iraq.

As painful as it may be for us to work with a member of the “Axis of Evil,” and as upsetting as it is to continue supporting al-Maliki as he violates principles of democratic governance, regional stability in the Middle East is the highest priority for America. The most preferable short-term stable state of affairs would be one in which al-Maliki reigns as a reliable client in Baghdad, a state we are increasingly unable to maintain.

Iran, having carved a sphere of influence through Iraq to Syria, cannot allow a fundamentally anti-Iranian Sunni insurrection to disrupt Iranian designs, much less allow a disruption so close to Iran’s own homeland. Iran also recognizes that in the current situation with a weakened Assad, an increasingly assertive Turkish-backed Iraqi Kurdish autonomous region and a reluctant America, it cannot combat ISIS alone. The Syrian Civil War drained Iran of much political capital as it sought to keep Assad in power. Indeed, it seems increasingly likely that Iran will have to choose which ally to save: Syria or Iraq. Needing stable borders and to prevent spillover conflicts, Iran will likely choose Iraq and seek American partnership.

Rushing into the limelight during ongoing talks between the West and Iran concerning proliferation and the ending of sanctions, ISIS seems to provide an incentive for the Americans and Iranians to recognize their common interests and pursue greater cooperation. For now, the Eagle’s priorities align with the Lion’s.

While neat parallels do not exist between 2014 Iran and 1972 China, Nixon and Kissinger’s bold move reminds us today that daring statecraft will always be necessary. America would gain much needed Iranian support in stabilizing Iraq. Additionally, less pressure on Tehran would allow Iran to further entertain the possibility of an Iraq without al-Maliki. While al-Maliki is a reliable ally of Tehran, even the Iranians realize that al-Maliki’s divisive politics are not a suitable long-term strategy for the Iranian sphere of influence, a realization made all the more apparent by ISIS’ insurrection.

Another possible boon is that Iran can play a role in ensuring the survival of the Afghan state. Iranian covert support of the Taliban may run counter to American interests, but in the short term Iran also wishes for a stable Afghanistan, which cannot be guaranteed should American support and manpower in the region dwindle.

Security and politics aside, Iran also brings a largely untapped market to the table. Sanctions have prevented Western businesses from pursuing opportunities in Iran. With Iranian overdependence on oil exports, cueing the need for diversification and a rich resource base that includes large reserves of hydrocarbon, investment and partnership opportunities for American businesses abound. For instance, California-based World Eco Energy has reportedly signed a conditional $1.175b deal in Iran to turn waste into energy.

Iran, for its part, will perhaps have even more to gain from a partnership with the Americans. Booming economies, solutions to macroeconomic woes brought about by sanctions and liberalized oil exports aside, Iran would simply have more space to maneuver. No longer drawing the ire of a powerful ally of Saudi Arabia, Iran can set out to expand its economic and political influence.

For instance, recognizing the apprehension of surrounding Gulf States to the possibility of a resurgent Iran, Tehran sent a delegation to Kuwait, the UAE and Oman. This move is beneficial on many fronts since it allows Tehran to look past sectarian differences and work towards solutions for the ISIS crisis, perhaps even paving the way for future talks on Gulf cooperation and energy policy.

On the flip side of the coin, increased room for Iranian maneuvers might also mean greater Hezbollah activities against Israel. However, this can be checked by greater American security commitments to Israel, agreements with the Iranians themselves, or by the simple fact that solving the ISIS crisis will require even more political capital and resources from Iran, already partially depleted from the Syria Civil War.

Of course, any partnership does not make Iran our friend. Iranian support of Hezbollah and Taliban cannot go unheeded. The values and interests of Iran still clash with the American’s. Iranian ambitions must still be curbed through continued support and reassurances of key allies such as Saudi Arabia and Israel. It is a fine game the Americans must play: to engage in offshore balancing without too often lending a hand to any one party. Nevertheless, cooperation with Iran can expedite Middle Eastern stability, giving the United States much needed breathing room to address domestic problems and reevaluate its foreign policy strategy in the Middle East.