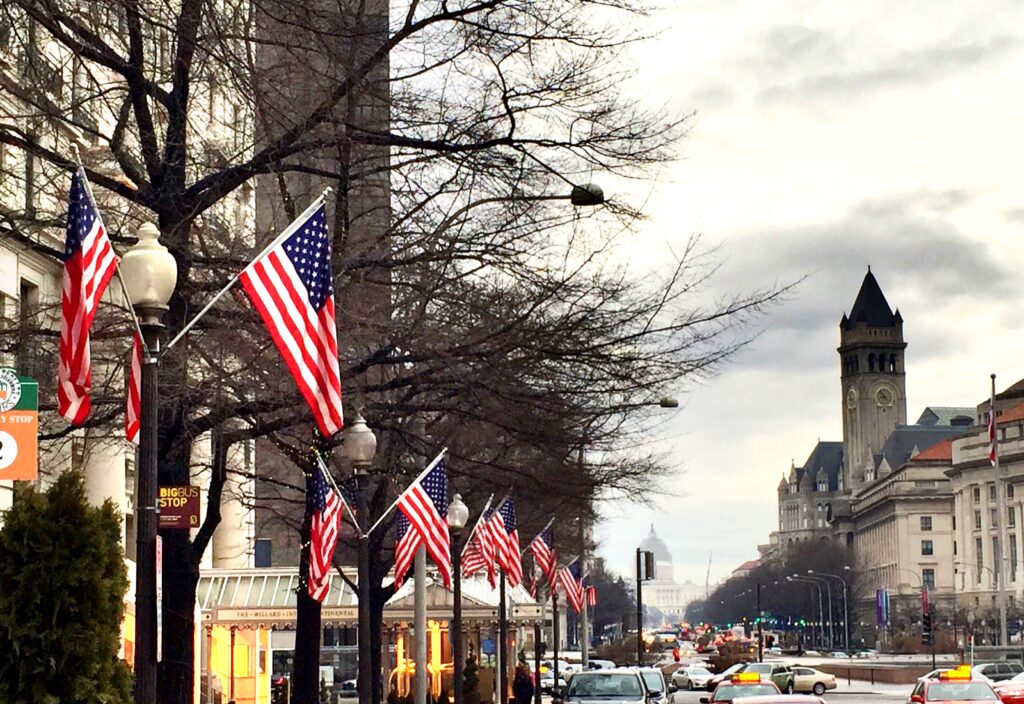 Looking for a Cold War Realist

If you’ve stayed up to date with our leading popular calumnies, you’ve probably heard of the so-called twilight of the American space program. As the narrative has it, the end of the Space Shuttle program and budgetary constraints has forced the nation that once reached the moon to hitch rides on Russian Soyuz rockets, relegating the US to a position of near subservience to our former Cold War rival. To make matters worse, that rival’s been slapping us with counter-sanctions and limitations, paralyzing our already crippled space program. As Neil Cavuto of Fox News put it: “What a fall from grace.”

Well that’s how the narrative goes anyway, a narrative that’s entirely the result of misinformation and media hype. The reality is, Russia’s counter-sanctions will be little more than a nuisance to the American space program, a program that has been, and will continue to be, successful.

In 1973, the Saturn V rocket, the launch vehicle of the Apollo program that took 12 Americans to the moon, was decommissioned, effectively leaving the United States without manned space mission capabilities for eight years. This period of dormancy, similar to the current one, was simply a transitioning phase between two generations of space launch technology: Saturn rockets and the Space Shuttle program. Subsequently, the Space Shuttle program was instrumental in the construction and maintenance of the International Space Station (ISS), the Hubble Space Telescope, the Upper Atmosphere Research Satellite and countless other projects and experiments.

The program officially ended in 2011, as was intended by NASA and Congress, after nearly 30 years of operation and 135 launches. Its termination however, should not be considered representative of some fictitious demise of the US space program. It is merely, as the termination of the Saturn program before it, a signal that NASA is transitioning to a new generation of space technology. And, though the US may temporarily need rides to the ISS via Russian Soyuz rockets until that technology is achieved, Russia has been using the same rockets since the 1960s. These rockets, which were incapable of transporting humans beyond low Earth orbit at the height of the Space Race, pale in comparison to the Space Shuttles.

So, what is the new generation of space technology? Well in addition to innovations by the private sector, which should allow for independent manned launches by 2017, NASA is gearing up for the Space Launch System (SLS). This program, set to replace the canceled Constellation project, will not only once again provide the US with manned space launch capabilities, but will also return astronauts to the moon and eventually land the first humans on Mars.

Aspects of the SLS project will be developed in conjunction with the European Space Agency to create the first truly reusable launch system. The system will consist of five configurations (called “Blocks”), each designed for different purposes and payloads. Moreover, at least one of these rockets will have the ability to carry the Orion (a manned spacecraft analogous to the Apollo module), into deep space to perform manned operations on asteroids, the moon and Mars. A rough timeline for the program is as follows: In December of this year, the Orion craft will be launched unmanned via a Delta IV rocket for operational testing. In 2017, Orion will use a fully operational SLS rocket for a second unmanned mission, this time to the moon’s orbit. In 2021, Orion, with a manned crew, will land atop a robotically captured asteroid. And though no official date has yet been scheduled, SLS will implement manned missions to the moon sometime in the 2020s and a manned mission to Mars as early as 2033.

So that should clear up any major misconceptions regarding America’s space impotence, but the world of cable and click-hungry news agencies have a few other fables to purport. The two main fallacies pertain to either Russia kicking NASA astronauts out of the ISS or Russia’s halting of the shipment of RD-180s to the United States.

In response to US sanctions placed on Russia earlier in the year, Putin’s government in May issued a statement that Russia’s space agency, Roscomos, would not support the continuation of the ISS program until 2024. Until January of 2014, when Congress voted to extend the project, the ISS was scheduled to end in 2020. However, recent reports forecast that components of the ISS will last beyond previous estimates, which have obliged the project’s continuation. Russia’s announcement in May was merely a statement that in the midst of the current political climate, it would not support the ISS beyond 2020. The announcement however has no real immediate bearing on the current status of the ISS. Headlines and popular discourse represented the news as America’s banishment, but Russia never indicated that it would cease providing Soyuz lift offs for astronauts anytime soon. And, given that Roscosmos is presently incapable of operating the ISS without Americans on the American wing of the station, it’s unlikely Russia ever will take action so long as it’s involved in the project. In the meantime, NASA, in conjunction with private companies including Boeing and SpaceX, will continue to develop its ability to launch crews and will likely be ready to take over the station with or without Russian cooperation by 2020.

The second major issue is that of the RD-180 engine. On the same announcement on May 13, 2014, Russia’s Deputy Prime Minister Dmitri Rogozin vowed to fight back against US sanctions through the suspension of RD-180 engine sales to the United States for military purposes. These engines are used by the otherwise US manufactured Atlas V rockets, mostly for transporting commercial and military satellites to orbit. But suspension isn’t quite the detriment to national security it’s made out to be. The suspension has yet to be made concrete by Russian officials while the USAF maintains a two year stockpile in the case of supply breaks. Spokesmen from the United Launch Alliance, the Atlas V’s manufacturer, contend this period offers enough time to make a transition to the domestically produced Delta IV rocket family. (For information on the separate but relevant SpaceX court injunction please read: http://www.thespacereview.com/article/2512/1)

So although recent political scuffles with Putin could have numerous negative consequences for the United States, the dissolution of the American space program isn’t one of them. The program’s inadequacies, expressed through popular media and conversations around the country, are mostly overblown and needlessly pessimistic. But, as the past as shown, it’s usually advantageous for the despondent public to become overly concerned about matters pertaining to space. The cynicism might be something to welcome.