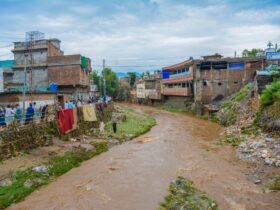 A former communications technician for the Islamic State (IS) has written an op-ed lamenting his participation in IS and, more importantly, claiming Turkey to be an ally to the terrorist organization. Sherko Omar (his pseudonym for Newsweek) said he became disillusioned, eager to abscond from the group after experiencing their unchecked brutality in the battlefield—a sharp contrast to the kindness they showed him when he arrived at their border camp on the way to fight the tyrannical Assad Regime.

“At the start, we thought that to leave would be a betrayal because the IS men at the camp gave us food, clothes and whatever else we needed. We also thought that if they were fighting against the regime of Syria then we should just join them to save the Syrians.”

He soon felt trapped and afraid to escape. It wasn’t until he surrendered himself to the National Army of Syrian Kurdistan and proved himself unaffiliated with the violence that he was freed from prison and disassociated with IS. Now, his testimony might prove useful for uncovering Turkish policy towards IS. Kobane, the territory of a decisive battle between IS and its international opposition, might just be a microcosm of a large strategy at play. Omar reflected on his experience accompanying members of the organization along the Turkish border:

“IS commanders told us to fear nothing at all because there was full cooperation with the Turks…while we tried to cross the Ceylanpinar border post, the Turkish soldiers’ watchtower light spotted us. The commander quickly told us to stay calm, stay in position and not to look at the light. He talked on the radio in Turkish again and we stayed in our positions. Watchtower light then moved about ten minutes later and the commander ordered us to move because the watchtower light moving away from us was the signal that we could safely cross the border into Serekaniye.”

If the account is true, then it adds to the increasing pile of evidence that suggests President Recep Tayyip Erdogan might just be a master of political chicanery. The US has publicly dubbed Turkey a friend and ally in the fight against IS. However, the recent evidence seems only to buttress allegations that Erdogan actively supports IS militants. This might seem far-reaching, as it would mean Erdogan is explicitly undermining the US, a great power whose friendship adds legitimacy to an administration that many claim to be corrupt. However, even without these new revelations, there remains probable cause for the collaboration’s validity, especially considering IS and Turkey share a common enemy: the Kurds.

Kurdistan’s Workers Party (PKK) has been a force of insurrection against the Turkish government for three decades. In fact, both the US and Turkey consider the PKK an official terrorist organization. Abdullah Ocalan, the group’s imprisoned founder, issued a letter back in March 2013 declaring an end to the insurgency war—a milestone for stability after decades of strife. It signaled the start of a cease-fire, peace talks and hope that their demands for cultural rights, release of political prisoners and representation in government might be met. After the 40,000 deaths that ensued from years of conflict between the PKK and Turkish security officials, many Turks actually see the PKK as a greater threat than IS—a clear indication that, despite the peace talks, political tensions still pervade in the country. With upcoming elections, Erdogan can’t afford to alienate the Turkish majority who don’t favor aiding a terrorist group. However, peace negotiations have been derailed by oppressive legislation targeting the Kurds, government scandal, subversive claims for autonomy and most recently, the power struggle in Kobane.

During the power vacuum of the Syrian Civil War, the Kurds seized the opportunity to establish three autonomous cantons. Erdogan sees them as a direct threat since these claims to autonomy could act as a beacon of light, igniting the inherent nationalism among Turkish Kurds, who constitute the country’s largest ethnic minority, and encourage them to emulate their brothers in officially breaking apart. If they, too, carve out territory and secede from Turkey, then it would create inevitable internal conflict and challenge Erdogan’s already questionable regime.

Kobane is one of those three “autonomous cantons” and the location of a decisive battle between IS and its international adversaries. While Kobane could have been used as leverage for compromise or a vehicle for unity between the Turkish government and the PKK, the military spent the first weeks securing the border and impeding the flow of any military support or supplies into Kobane. International pressure only escalated as Turkish policy in Kobane became increasingly suspect. In fact, the US called on Turkey to not only open its borders, but also send in ground support. Their position along the border puts them in a strategic position to push back opposition with tanks and ground troops. While missile strikes impede IS from making military advancements, Turkish ground troops will be essential for driving them out. However, Prime Minister Davutoğlu publicly declined: “We don’t want our citizens to fight in Syria and we are trying to stop those who illegally cross the border.”

The US turned to airdropping supplies in order to reach the Kurdish regional authorities since Erdogan remained obstinate. For the government, the PKK is a mere extension of the PYD (Democratic Unity Party), which governs Kobane. Erdogan sensationalized the issue claiming his role in the international coalition would directly aid and abet terrorist organizations. While this does hold a degree of truth – many radical groups have indeed joined the anti-IS coalition – Erdogan’s rhetoric conflates the PKK and PYD for political convenience. Although Turkey is officially a part of the coalition, it seems to have its own agenda.

In fact, Turkish bombing of PKK forces in the city of Hakkari diametrically contrasts with the US’s military support for the Kurds. And, despite parliament having authorized counter-terrorist military action in both Syria and Iraq, Turkey didn’t open its borders to allow the passage of Kurdish Peshmerga forces into Kobane. Erdogan didn’t concede until 34 people were killed in violent riots protesting inaction in Kobane that erupted across Istanbul. While this might signal a slight willingness to fight IS, Turkey used this political unrest to justify increasing police power against “protestors.” However, under the political rhetoric lie new policies that allow the authorities to oppress the Kurds and Western media. Erdogan thereby strengthens his domestic grip while showing the bear minimum cooperation with international demands. Despite increasing international outcry, Erdogan, in charge of NATO’s second largest military (after the US), has yet to send in ground troops.

The Turkish President argues that Kobane is just a small part of a far greater problem—
the Assad Regime with which the PKK is allied. Therefore, not only do the autonomous Kurdish enclaves challenge Turkish control, but their foreign alliances also threaten foreign interests. Conversely, IS’s continual brutality undermines the Kurdish power. After fierce confrontation, the Kurds are less disposed to fight for autonomy and support the Syrian government. That’s a win-win for Ankara.

The real question is why would Turkey send military support?

Aiding the PKK is politically an unpopular move that might compromise Erdogan’s chances in the next election cycle. His administration is already facing scrutiny as many fear it has tyrannical dispositions. Just this past September, Turkish parliament passed amendments that strengthened Internet censorship and surveillance. Several journalists, including many Kurds, have been arrested under charges of terrorism, signaling a push against government criticism in the media. Turks have also seen a proliferation in police brutality and anti-protest legislation. In fact, the conditions have become so oppressive that Human Rights Watch published an entire report condemning Erdogan’s administration.

Thanks to IS, the Kurds are less of a threat to Turkey. Kobane, if captured, would strengthen IS’s territorial gains, only further enabling them to fight the common enemy: the Assad Regime.

These benefits, in addition to Ankara’s lack of transparency, make a clandestine relationship with IS appear entirely plausible. In September, Ankara provided no explanation for IS’s release of 49 Turkish hostages taken from the Consulate in Mosul. The situation was merely described as “a diplomatic bargain.” Does that not elevate an international terrorist organization to a legitimate political entity and interlocutor? Has Turkey exchanged inaction in Kobane for the return of hostages? Recently, an inundation of claims that Turkey supplies weapons to IS have surfaced, which could either attest to the existence of an alliance, or indicate the price Turkey paid for the return of its diplomats.

Turkey’s motivations to support IS seem politically sound and strategically beneficial. Historically, the “enemy of my enemy is my friend” tactic has effectively preserved foreign interests while maintaining domestic stability. However, if these claims and testimonials are found true, then it would provoke unimaginable international backlash. Though diplomatic relations between Turkey and the US have weakened over Ankara’s inaction in Kobane, Turkey is still a part of the anti-IS coalition and an ally. One thing is certain: if Erdogan’s ambitions for Turkey, like growing its economy to the 10th largest in the world, remain, he shouldn’t undermine the strongest Western powers leading the charge on IS.