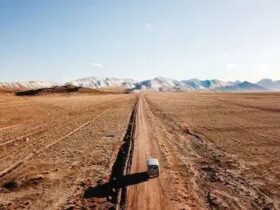 On a spate of issues, Democrats in America love to idealize the liberal policies of other countries. Whether on healthcare, education or the prison system, there is no shortage of left-wing pundits and politicians admonishing American practices and praising those of other countries.

Canada is a frequent recipient of this praise. On a recent trip to Toronto, for example, Sen. Bernie Sanders (I-VT) lauded the Canadian healthcare system, proclaiming that “Our job in the U.S. is to learn from Canada and learn from other countries in the world.” But if the U.S. can learn so much from the healthcare system in Canada and the Scandinavian welfare states, why shouldn’t it do the same with regards to immigration?

Canada boasts one of the most well-integrated and economically successful immigrant populations in the world. The per-capita immigration rate in Canada is one of the highest in the world and about three times greater than America’s – even after accounting for illegal immigrants in the U.S. figures. In spite of increasing immigration levels, economic challenges and the pervasive threat of terrorism in recent years, support for immigration in Canada has not wavered. On the contrary, it recently reached an all-time high. Over 80 percent of Canadian voters view immigration as beneficial to the national economy, and over two-thirds consider multiculturalism as one of Canada’s “key positive features.

Many on the left in the US attribute the success of Canada’s immigration policies to a perception that our neighbors to the north are simply better-natured and more accepting of others than are most Americans – at least, the deplorable basket of Americans. As can be imagined, and politics aside, the reality is both far more nuanced and far more instructive.

In his compelling book The Fix: How Nations Survive and Thrive in a World in Decline, Foreign Affairs managing editor Jonathan Tepperman points out that Canada was not always such an immigrant-loving country. It may be surprising to some, but until 1960 Canada strictly adhered to a “White Canada” policy with regards to immigration so as to not “make a fundamental alteration in the character” of the country.

That policy distinguished between three types of would-be immigrants: “preferred,” “non-preferred,” and “excluded.” Canada actively sought immigrants from the first bucket, which included the British Isles and Northern Europe. The second bucket referred to applicants from Southern and Eastern Europe. The third was comprised, in effect, of everybody else.

So what happened? How did Canada go from institutionalizing “White Canada” and arguing that “Canada’s Northern environment is only suited to … white Northern races,” to embracing multiculturalism so staunchly just 50 years later?

According to Tepperman, Canada’s 180-degree shift on immigration was largely the result of societal and economic necessity–“the country embraced immigration because it had to.” By the 1960s Canada was facing an existential crisis. Socially, ethnic tensions were coming to a head. In addition to cries for equality from the Francophone population, a new rainbow coalition of foreign-born Canadians was beginning to take shape. This so-called “Third Force” made up approximately 26% of the country’s population at the time, and, along with Canada’s Francophones, were demanding equal treatment under the law as well as equal opportunity in fact.

Economically, Canada was booming. GDP grew from 5.7 billion in 1939 to 36 billion in 1962, but a sparse population and tightening labor market were threatening to stall continuing expansion. The situation was so dire that in 1957 Prime Minister John Diefenbaker famously warned that “Canada must populate or perish.” To make matters worse, the U.S. economy was growing at an even faster clip, and in so doing, attracting the so-called “preferred” immigrants.

Canada’s answer was to transition to a merit-based immigration system. The new system did not stress either race or birthplace, but rather graded applicants on the basis of nine criteria – factors such as education, age, fluency in English or French, and “whether or not their skills fit Canada’s economic needs.” The results, we now know, have been impressive. According to the OECD, Canadian immigrants are almost 10 percent less likely to live in poverty than their American counterparts, and more than half enter the country with a college degree (vs. 27 percent in the U.S.).

Nearly 70 percent of immigrants come to America on the basis of what is called “family reunification.” No other developed nation employs this factor to such an extent. On the surface, the policy may seem socially constructive and even progressive. That said, one does not have to be a bigot to believe that deciding who becomes an American on the basis of sheer luck and increasingly tenuous connections does not make for an altogether rational system. Nor is it the best way to fuel economic growth or to supply America’s tightening labor market with the skilled workers it desperately needs.

Another contentious facet of the American immigration system that is rife with Obama-era virtue signaling is the Diversity Visa Lottery Program. The program allocates 55,000 green cards annually to individuals from “underrepresented countries.” This is nearly 10 percent of America’s annual intake of  immigrants. In sum, nearly 80% of immigrants arrive as a result of family ties or ethnic draw. It bewilders me to think that the best way to build this country is through such overwhelming reliance on any form of lottery.

America claims the most advanced, dynamic economy in the world. Unfortunately, the structure of the current immigration system undermines many of its exemplary features and hampers the American economy by perpetuating income inequality and slow wage growth for the working class – ironically two key Democratic policy objectives.

Diversity lottery and family-based immigration programs supply the U.S. economy with many workers who lack the tools needed to succeed by creating at least two problems. First, many immigrants’ lack of tools – such as proficiency in English, a college education, relevant job experience, etc. – makes economic mobility exceedingly difficult. Second, a flow of working-class immigrants into America has been suppressing wage growth for so-called “rank and file” employees, even as pay levels have increased at their fastest rate since 2009 for management and skilled workers. These structural problems have produced a regrettable outcome wherein immigrant families are now 20 percent more likely to become dependent on America’s growing welfare state than non-immigrant households.

It is against this backdrop that many Americans rightly question whether or not their country’s immigration system is in its best interests. Regrettably, some wrongly translate that rational concern into racial anxiety. In Canada, by contrast, where immigrants “create more businesses and typically use fewer welfare dollars than do their native-born compatriots,” attitudes towards immigration and multiculturalism are, unsurprisingly, less tense.

As America enters an era of heightened economic and geopolitical competition, it should be doing everything in its power once again to attract the best and brightest, even as it continues to be a beacon of hope and opportunity for “the tired, the poor and those yearning to breathe free.”

In conclusion, here’s some quick and easy advice for America’s immigration policy-makers: For some better ideas and some better results, look north.

Eric Drymer is an incoming senior majoring in International Relations and Global Business with an emphasis on International Financial Management and a minor in Business Entrepreneurship at the University of Southern California. Eric’s research interests center on European security studies and global finance as well as the political economies of rising powers such as China. In 2016, Eric interned at the Brussels-based think tank European Geostrategy, where he contributed to the upcoming edition of its “Audit of Major Powers.” This past spring, he continued his studies at Sciences Po in Paris before returning to Los Angeles to join Wells Fargo’s Capital Finance team for a summer internship. Eric joined on as a correspondent for Glimpse in 2017.