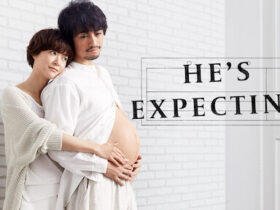 In May 2022, President Biden convened a U.S.-ASEAN Special Summit in Washington D.C., the first U.S.-ASEAN conference held in the U.S. capital. The historic summit featured many high-ranking U.S. and ASEAN officials, and it all culminated with a joint announcement of the “new era” of their relationship: comprehensive strategic partnership.

In many ways, Biden’s pursuit of tighter relations with the Southeast Asia bloc came as no surprise. The United States wants to counterbalance China’s dominance in Asia and the South China Sea, while ASEAN countries are hoping to achieve economic growth and stability. And both sides would prefer to do it without stepping into a steaming pile of Cold War 2.0 between the United States and China.

Unlike his predecessor, President Biden recognizes the utility of maintaining amicable trade relations, even with countries that can’t afford to be staunchly anti-China. Biden entered office with a full plate of deteriorated U.S. diplomatic relations around the world, and his administration hit the ground running in Southeast Asia, sending Secretary of Defense Lloyd Austin, Vice President Kamala Harris and Secretary of State Antony Blinken to accompany Biden to his first U.S.-ASEAN Summit of his presidency. “I want you all to hear directly from me the importance the United States places on our relationship with ASEAN,” assured President Biden.

And why shouldn’t the United States prioritize its relationship with ASEAN?

ASEAN’s mission to uphold the rules-based order in Southeast Asia, including the tumultuous South China Sea, should be reason enough for the United States to throw some of its weight behind ASEAN. But ASEAN and American objectives align even beyond maritime security issues; both parties are pursuing stronger public health safety nets in the wake of the COVID-19 pandemic, both are investing in digital infrastructure and technological innovation, both are committed to meeting their nationally determined contributions (NDCs) for climate action and most importantly, both parties recognize that if ASEAN doesn’t cooperate with the United States to accomplish their goals, they’ll turn to their nearer neighbor.

However, the United States “recognize[s]quite clearly that any initiative that is simply designed for competition [with China]is likely to have difficulty gaining altitude in Asia,” said Kurt Campbell, the current Indo-Pacific coordinator under Biden. The new and improved Indo-Pacific strategy is one of inclusion, a union of mutual interest in the “fundamental principles in promoting an open, inclusive, and rules-based regional architecture.”

Biden knows that China lapped the United States years ago, in terms of trade relations, financial connectivity and investment projects in Southeast Asia. The United States lacks the money and political will to go toe-to-toe with China’s Belt and Road Initiative or cheap exports, so Biden’s goal can’t feasibly be to elbow the gargantuan China market out of the ASEAN bloc.

Instead of daring to directly oppose China, Biden reframed U.S. objectives in the Indo-Pacific to focus on counterbalance and stability. Rather than waging a trade war in Southeast Asia and abruptly withdrawing from trade alliances like the Trans-Pacific Partnership, Biden has pursued a strategy of further economic integration. In spring of 2022, he unveiled the Indo-Pacific economic framework (IPEF), a “non-traditional” trade agreement that encompasses a range of economic and social issues, including “fair and resilient trade, supply chain resilience, infrastructure and decarbonization, and tax and anticorruption.”

Many ASEAN countries have responded well to Biden’s new tactic, and the level of trust in the United States increased from 47.0% to 52.8% from 2020 to 2021, according to a regional survey conducted in Southeast Asia. But public approval, just like international policymaking, is moving slower than Biden might hope, and polls show a decrease in perceived U.S. engagement in the region within the past year.

Much of the focus in the polls tied back to IPEF, which has received a lukewarm reception, owing primarily to its omission of market liberalization. The four pillars laid out in advance of negotiations for the IPEF include trade provisions with high regulatory standards and an emphasis on the digital economy; coordinate action against future supply chain malfunctions; socially and environmentally sustainable investment and equitable and transparent trading practices. These goals are grand and admirable, but critics argue that without binding trade regulations and market access, the new US strategy is unlikely to hold much sway over ASEAN.

China is ASEAN’s bully and its friend. It dumps billions of dollars into BRI to fund development projects throughout the region, while also aggressing its neighbors’ EEZs and territories in the South China Sea. If the United States wants any chance at playing a meaningful role in the region, it needs to be ASEAN’s friend, its best friend.

Biden knows what it would take to make real friends in ASEAN—diplomatic consistency, trade openness and at least the potential for market access—but many onlookers in Southeast Asia see his efforts thus far as political show. The delicate dynamics between ASEAN and China should incentivize the United States to continue aiding the ASEAN economic goal, to help achieve their diplomatic goal of maintaining regional order. As political tension radiates from the dumpster fire that is Russia’s war in Ukraine, and the world teeters closer to nuclear war, promoting stability and prosperity wherever possible is in everyone’s best interest.

Counterbalancing the Chinese economic and political giant will require more than slapping a new label on the U.S.-ASEAN relationship. As Biden prepares for the 10th U.S.-ASEAN Summit and negotiations for the IPEF this November, he should prioritize ASEAN’s interest in market access and trade if he aspires to achieve his own social goals and security missions. It’s time for Washington to put its money where its mouth is and invest in its relations with ASEAN.