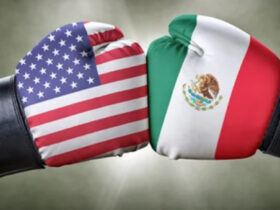 An Interview with Photographer Loïc Fontanel

It has been a year since Ukraine’s February Revolution, or Euromaidan, began in Kiev’s Independence Square (Maidan Nezalezhnosti), which resulted in over 100 deaths and the ousting of Russian-backed President Viktor Yanukovych. Whatever moments of celebration enjoyed by Ukraine were short lived. Russia’s annexation of Crimea and sponsoring of the pro-Russian separatist movement in the eastern provinces of Luhansk and Donetsk followed shortly thereafter. The war in eastern Ukraine, which has already claimed over 5,000 lives, has overshadowed the positive events of the Maidan.

Paris based French-Swiss photographer Loïc Fontanel, 21, happened to be in Kiev during the 2014 Orthodox Christian Celebrations. His photos, taken from the nights of January 1-7, 2014, provide an uncommon perspective on the revolution: the popular occupation of the Maidan square prior to the outbreak of violence. His photos, which were shown at the Ukrainian Cultural Center in Paris last week, will be displayed on February 28 in Paris alongside those of Oskar Dumitrashchuk, a photographer and friend of Loïc’s from Ukraine. I recently interviewed Loïc about his series of photographs, Kyiv. Below is an edited translation of that interview from French:

GLIMPSE: Why were you in Ukraine during the revolution?

Loïc Fontanel (LF): I was in Kiev to meet the family of the love of my life and so I found myself at the heart of this revolution.

GLIMPSE: What was your general experience taking these pictures?

LF: I was struck by the mood and calm atmosphere of the [Maidan] square. The Ukrainians were so welcoming and happy to see a photographer taking pictures during their revolution. There were few other photographers or journalists present at that time and very little information was being relayed to the outside world.

GLIMPSE: Are there any shots in particular that you want to talk about?

LF: There are several in which I found myself facing a grandmother with her grandson and she was taking a photo of him in front of a barricade and I couldn’t help but think about this youngster who will find that photo in the future.

GLIMPSE: Did you have a specific goal in mind while capturing these images?

LF: My thought was to take pictures that will remain timeless without any pretense—photos that will go down in history, of course. While taking these pictures, I felt, for the first time practicing photography, the importance of the photograph in history and in memory.

GLIMPSE: Your photos straddle the domains of photojournalism and art-photography, no? That being said, what role do you feel they play both as art and testimony?

LF: Yes, these are indeed photos that will be testimony for the future of what happened and for that I am particularly proud of this series. One must absolutely not forget the current situation in [Ukraine], and that the revolution led to the current war.

GLIMPSE: Why the choice of black and white?

GLIMPSE: How would you describe the subject of your photos? I am curious about the partially hidden figures we see in a few of them.

LF: It is true that there are not that many people in my pictures as I was focused on the barricades and other impressive structures. I wanted to capture the atmosphere of waiting and calm. While on the square, one could feel a sort of sensation like being transfixed. This is what I am showing in my exposition. The photo with the AK-47 is definitely ambiguous, but it is not real. You can see this on the photo where the focus is pulled on the background—it is just a target-shooting game that was set up at the square and it is my girlfriend that is holding the fake weapon. It is a very symbolic picture when one knows what happened on the square a few weeks later.

GLIMPSE: I notice that many of your photos put a striking emphasis on the barricades of the Maidan square. What effect do you feel they had? What was important about them in your experience?

LF: As I mentioned, I really wanted to concentrate on the transfixed atmosphere of this square at this very precise moment. It must also be known that there are many symbols like the watch advertisement, the big statue of the angel that protects the city, the flags and also the written Ukrainian phrases. These are not just barricades; they are above all a very powerful symbol of the revolution.

GLIMPSE: Thank you for your time, Loïc. Is there anything else you would like to add?

LF: To conclude, I hope that it is clear that things are not over in Ukraine…