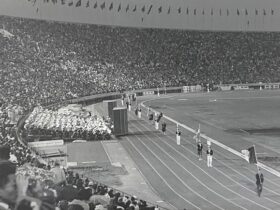 The Damage Behind the Glory: Ethical Concerns Behind International Sporting Events

This article is the first of a two-part series on the aftermath of Scotland’s referendum on independence. Please visit the second article, “The Ties That Bind Are Giving Scotland Rope Burn,” by Nathaniel Haas

When the United Kingdom (UK) granted Scotland the chance to vote on a referendum for independence earlier this year, people around the world were surprised and eager to see how the Scottish people would vote. After all, Scotland has been part of the UK for several centuries, and it was the first time that Scottish independence looked like a realistic possibility. Although Scotland voted to stay with the UK, the movement offered a glimmer of hope to other separatist movements across Europe, and also highlighted some of the major contentions between Scotland and the UK. The results of the referendum revealed that the Scottish people value the benefits of staying with the UK more than those of independence, but the conflicts with the UK the EU are significant and concerning.

Throughout the referendum debate, Scottish leaders highlighted a number of problems that their government has experienced in interactions with the UK. The leaders have now proposed some actions to improve the relationship. For years, the Scottish government has been “accidentally” excluded from talks in London on a range of topics from foreign policy to nuclear proliferation, a significant issue for Scots. The UK government has blamed this problem on a lack of solid communication; therefore, the Scottish Affairs Committee has recommended legal measures to solve the problem, including increased transparency of internal negotiations.[1] This would guarantee a stronger Scottish voice in debates where Scottish interests were previously ignored. Many Scots, for example, are concerned that the UK stores nuclear weapons in Scotland against the will of the local citizens, and they hope that these measures will give the Scottish people more control of their own land.

Other lawmakers are concerned about Scotland’s diminutive position in the EU. Today, Scotland has difficulty communicating its interests in the EU because its status as part of the UK requires that it must always defer to the UK, even if Scottish interests conflict with those of UK. This practice is understandably disconcerting to Scots. As a result, many Scottish politicians have pushed for a formal vote in the EU. Unsurprisingly, London has continually swept the issue under the rug.

However, considering rhetoric from UK leaders during the voting period, many pundits believe that Scotland’s situation post-referendum is conducive to improving representation. Prime Minister David Cameron expressed how “heartbroken” he would be if Scotland voted for independence, and in a rare political statement, the Queen warned Scots to reconsider their desire for independence. These UK leaders, among others, had scrambled to make nice to Scotland, promising better relations and more consideration for Scottish interests if Scotland would just remain in the UK. If, Scottish leaders are sincere about improving their representation at home and abroad, then they must capitalize on their current position. The UK is seemingly more cooperative at the moment, with fears of segregation still fresh in their minds. Scotland’s time is now – it will be hard pressed to find a better situation in which to make demands.

Nevertheless, Scotland faces numerable challenges in the near future. While it is true that Scotland’s referendum scared UK and improved Scotland’s position in the debate, the hard truth remains that UK has the upper hand. UK is one of the most powerful countries in Europe, and its interests are almost always more respected internationally than those of Scotland. Not only is UK favored in the EU, but it is also an important and powerful global actor. The same cannot be said for Scotland.

The UK might be willing to make some concessions to Scotland, but ultimately its amiability will only go so far. For Scotland to expect complete cooperation with the UK is very idealistic and, unfortunately, unlikely – the UK will probably not sacrifice its own interests for the interests of one of its unhappy member states. While some measures, like a push for improved regional representation in the EU, may come to fruition, other more radical suggestions, like legal contracts requiring more Scottish representation in the UK, are a tough sell. It will take more than a referendum to convince the UK to break tradition. David Cameron has even been constantly reminding Scots that the vote is valid for at least a generation. He has made it clear that the UK intends on holding Scotland tightly for a long time.