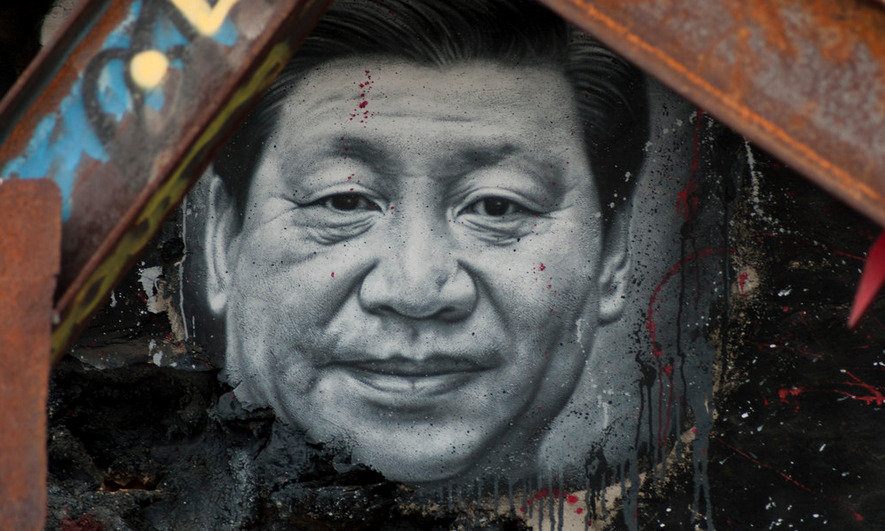 Behind the landmark climate deal that came out of Paris almost a month ago, one negotiator’s success deserves reflection. Izabella Teixeira was in a complicated position. As Brazil’s environment minister, she was tasked with a mediating role despite environmental negligence and political discord at home.

In Teixeira’s own words, Brazil suffered its “worst environmental disaster” mere weeks before the climate summit. On November 5, a dam in the Brazilian state of Minas Gerais burst, causing a sickly gray sludge with the consistency of concrete to ooze into the Doce River. Though mine operators are maintaining that the sludge is not toxic, it’s already clogged the gills of many species of fish and killed off their main food supply, plankton. The sludge also made the water too turbid for treatment. On November 25, the UN declared the Brazilian government’s response to the accident “insufficient”. The slow response meant that weeks after the dam burst, there was still no word on when diggers would begin to shift the sludge.

That might be because of a host of other problems currently plaguing the administration—namely, impeachment proceedings. In the midst of the Paris talks, Brazil’s congress officially opened a request filed in September. Around that time, President Dilma Rousseff’s popularity fell into single digit approval due to the corruption allegations circling her administration.

But even if Dilma weren’t being ousted, even if there weren’t a recession and even if the dam didn’t burst, Brazil’s bargaining position domestically would still be greatly limited, for one important reason: hardcore agribusiness lobbyists have infiltrated the country’s lawmaking bodies.

Take the exemplary case of Agriculture Minister, Katia Abreu. Her appointment by Rousseff in 2012 was extremely controversial. This land baroness was once the head of the National Agricultural Confederation (CNA), now an aggressive and politically savvy interest group that before her leadership was scattered and overlooked. Brazil’s media calls Abreu the “chainsaw queen” after her zeal to weaken the forest code. Her other interests include putting roads through the Amazon, the encouragement of monocultures and use of a highly volatile seed sterilization technology which biotech giants like Monsanto have pledged never to make commercially available.

Today, agribusiness pulls in a fifth of Brazil’s GDP, and agricultural food companies fund a quarter of Rousseff’s re-election campaign. Representative in congress have participated in rural protests against the demarcation of indigenous territory, but half of the 594 Brazilian lawmakers identify with the agribusiness lobby. Another indicator of their political infiltration is Brazil’s pesticide consumption. The agribusiness lobby took steps to streamline pesticide regulation all under one ministry, replacing the current system of sales that has to be cleared by multiple agencies and ministries. According to a Reuters’ investigation, the industry’s influence and the small budget allotted to regulating bodies limit the state’s ability to enforce healthy pesticide rules. One such push to re-evaluate 14 controversial pesticides is in its seventh year, hindered by manufacturers’ lawsuits and opposition from lawmakers.

A congress like this makes it hard to push environmental reforms through. Most congressional energy is going into the Rousseff administration’s survival, and there is no word yet on the lobby’s reaction to the COP21 climate agreement. Speaking in London in October, Teixeira said that the US isn’t the only one facing congressional resistance to stronger climate policies. On top of federal difficulties, local government enforcement is lax. For example, she said, authorities in the Amazon region of Rondonia handed out logging permits exceeding its total forest cover.

At the negotiation table, Brazil’s position is just as complex and multidimensional. Brazil was supposed to be the golden child of the summit. On some topics, it still is. For example, Brazil was named chair of the committee dealing with the differentiation between rich and poor countries. On this issue, Brazil is highly respected; it was the first developing country to commit to an absolute emissions cut, and has proposed a policy of “concentric differentiation” that will allow developing countries to gravitate towards economy-wide carbon cuts, but will slowly expand from starting point sectors, like transportation. It’s clear how this vague projected expansion could trouble industry leaders, thus applying pressure through congressional interest groups. At a time when the most powerful interest groups in Brazil’s congress have demonstrated an aversion to environmental considerations, particularly in agriculture, not all Brazilian lawmakers will embrace this solution with open arms.

Back on the international level, Brazil’s credibility is seriously undermined by recent environmental mishaps. In addition to the burst dam, Brazil’s satellite data for annual deforestation (lauded as a reliable enforcement mechanism) shows that forest clearing in Brazil has surpassed last year’s rate by 16%. In early November, an OECD assessment of the Brazilian economy concluded that for all its progress in conservation, Brazil isn’t doing enough. According to them, Brazil destroys a rainforest area the size of Israel every four years. This too can be somewhat attributed to a congressional agenda more partial to corporate interests at the expense of crucial environmental measures.

Much like in Robert Putnam’s famous theory of “Two-Level Games” – where delegates are caught between the demands of their fellow lawmakers at home and their international counterparts at the bargaining table – Izabella Teixeira weathered criticisms at home and abroad. In Paris, it fell on her shoulders to answer to Brazil’s slippage in domestic environmental policy, and also to lead negotiations on the differentiation of rich and poor nations. In Brazil, she angers anti-environmental congressmen who prioritize an unsustainable breed of economic development.

Maybe, then, because of these two levels, Brazil’s agenda at COP21 was full of split decision-making. Brazil has accepted greenhouse gas cuts but refuses to budge on their right to development as an emerging economy. It has not contributed to a climate fund, but is willing to share its tropical forest expertise with poorer nations.

Let Brazil be a reminder that sometimes, no matter how committed delegates are to leaving a summit with all countries on board, even important mediating players cannot fully execute their terms due to domestic realities. Let it also be a cautionary tale to developing country officials and Western leaders trying to reverse the trend where sustainable growth is often placed below economic development as a larger goal. In Latin America especially, where politics and business are often inextricable, the bargains, pressures and new directions yielded by the signatures on international agreements don’t always carry into domestic policy.