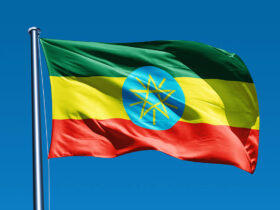 The Tigray Conflict in Ethiopia, Explained

As the end of the commodities boom pulls demand for South American staples into a perilous plunge, it may be time to say goodbye to the wave of leftism Latin America has been riding since the turn of the century. The combined recent economic slowdowns, some upcoming elections and a slew of political scandals in the region call for a checkup on some of its national leaders.

Granted, when it comes to progressive regimes, these administrations have been anything but one-size-fits all. There is evidently a large difference between the neoliberal left in Brazil and Chile, the anti-imperialist and more radical administrations of Morales and Maduro, and still others like Argentina’s own populist leftism known as “Kirchnerismo.” Yet somehow, they are all undergoing their respective public opinion setbacks.

Brazil
As far as presidencies go, Dilma Rousseff is in survival mode. Last time anyone checked, the former urban guerrillera’s public approval rating was still barely above 8%. Protestors and politicians alike clamor for her impeachment at ever-increasing volumes. During her youth, Rousseff fought the military dictatorship from within Marxist groups and reportedly survived torture. She says low public approval won’t force her to give up now.

Her lack of popularity flows from two distinct sources. The first is a budget disaster that has only worsened Brazil’s spiraling descent into recession. The second is a nasty scandal involving members of her Workers’ Party (PT), who are accused of pocketing as much as $4 billion from contracts awarded by the state oil company, Petrobras. This bribery system, established in Petrobras boardrooms, discredits the PT, the same party as Rousseff’s legendary and well-remembered predecessor Luiz Inacio Lula da Silva.

Chile
Chile’s conspicuously socialist Michele Bachelet faces similar problems despite a larger fan base. The halting commodities bust is eliciting critics from all sides, including her own. Chile is the world’s main exporter of copper, but prices have nearly halved since 2011. Now, investments have largely decreased. Opponents blame Bachelet’s “radical” reforms for causing investors to grow uncertain. Even members of her own party worry her overly ambitious agenda will ignore more pressing concerns.  Bachelet is prioritizing complete structural reform over demands for better education, public services and more competitive markets.

Bachelet represents the most left-wing ruling ideology in the country since Allende in the 1970s. Despite these criticisms, she’s sticking to her guns on efforts to draft a new constitution by 2017. As Bachelet’s own party members suggest, polls show that though Chileans favor a new constitution, they feel more strongly on other issues, namely social mobility. Additionally, her public approval isn’t helped by a recent scandal in which her son reportedly used his influence to get a $10 million loan for a business deal.

So Chileans are stranded between “clannish business lobbies” who want to end all reforms, and an ambitious Bachelet who wants to completely abolish an economic model recognized as one of the best in the region. The bundled trade liberalization and expansion of the social safety net have contributed to tremendous growth in the Chilean economy.  Chileans don’t want to stymie the growth—they just want their share of it.

Bolivia
On the more radical end of the Latin American political spectrum, Evo Morales – who recently sanctioned Israel as a “terrorist state” – plans to hold onto power. Latin America’s first indigenous, Aymara president  backtracked on his promise not to seek re-election after his last term. Because today’s Bolivian constitution is different than the one under which Morales first came to power, his supporters argue that his first term shouldn’t count. Constitutional inconsistencies make it hard to tell whether this claim is valid or not, but further changes to the constitution are implied nonetheless. Considering he’s not the first leader in the region to make such changes, Morales is only perpetuating looser term limits.

Argentina
In Argentina, change is in the air. After the successive reigns of the late Nestor Kirchner and his wife Cristina Fernandez Kirchner, the future is uncertain. On one hand, it could mean the end of a state-controlled economy characterized by an expansive welfare system and currency controls. On the other, the couple’s “leftist populism,” more a brand than a political platform, still appeals to loyal voters.

For the “Kirchnerismo” discontents that are ready for job creation, trade liberalization and economic growth, Buenos Aires mayor Mauricio Macri might be just the wild card to make it happen. This aloof, uncharismatic right-of-center politician’s unconventional path to politics began when he was assaulted, kidnapped and held for ransom in his youth. Despite the unexpected closeness of the first round of elections on October 25, analysts say the key to his campaign’s success lies in his ability to shift his image as a “cold-hearted capitalist” who will sellout to corporations.

Regardless, after Nestor and Cristina, voters are reporting feeling “alienated”. Given the unexpected polarity of the two dominant platforms, they don’t know which they identify with. Scioli’s supporters fear a Macri victory would mean the dissolution of Kirchner’s welfare programs in favor of big business accommodations. But the opposition accuses the incumbents of a populism that strangles investment and drives up inflation. Thus, a deeply divided Argentine electorate emerges as “Kirchnerismo” ends.

The Regional Diagnosis
The common denominator in all these countries is the inherent contradiction between the sweeping social justice changes promised by most leftist platforms, and the sorry state of Latin America’s democratic institutions.

The scandals in Brazil and Chile, the readiness of Evo Morales to backtrack and seek re-election, and the disenchantment with Argentina’s political “brand” are all symptoms of a defunct progressivism that has harmed rather than helped Latin American democracy and transparency.

To understand the left’s failures in the region, it’s important to revisit its arrival.

The left-right political divide was not even relevant in Latin American politics until the aftermath of the 1980s Latin American debt crisis. Leftism surfaced to mitigate the painful fiscal austerity imposed by neoliberal policies with programs for welfare expansion and workers rights.

An idol of Latin American leftism, Brazil’s Lula (PT) was the first to establish a socially friendly free-market model. Under his administration, the country lowered its poverty numbers with his “Bolsa Familia” welfare program and amplified the voice of workers’ unions. Under Jose Mujica, Uruguay’s political darling, the country’s economy grew in tandem with socially liberal reforms like the legalization of marijuana. These two legendary figures made important leftist reforms after the neoliberal intervention that plunged the region into widespread left-wing zeal.

Curiously, the emergence of leftist leaders also coincided with the arrival of democracy in Latin America, another relatively recent development. Before this, the two ends of the Latin American political spectrum were military and populist regimes, the latter presenting themselves as neither left nor right, but rather an ambiguous and homogenizing “voice of the people.”

Today’s left demonstrates remnants of populist rhetoric, i.e. “Kirchnerismo”. The danger here is that in homogenizing “the people” and their needs, leaders who bill themselves this way actually stifle democracy. In Argentina it prevented voters from making their voices heard on key economic issues. Now, in a vacuum, their society is completely polarized.

Throw in Morales’s constitutional modification to favor indefinite re-election and the region yields a serious red flag to democracy. In fact, the absence or distortion of elections was another defining feature of Latin American politics of yore. Coup after coup legitimized the authority of new leaders. After two “institutional coups” largely manipulated by political elites in Paraguay and Honduras unfurled in the past decade, some countries’ election processes remain unconvincing.

The region’s penchant to fall back on old ways shows that corrupt officials and weak democracies, deeply embedded in the political systems, are unprepared to harness the change promised by the left. Politicians cannot speak of a progressive vision if faulty institutions are at risk of interfering. Now even Lula is being investigated for corruption.

Worst of all, Latin American voters are faithless in the possibility of change. In Guatemala, a TV comedian and total political outsider won the presidential election in October. His simple campaign slogan was “I am not corrupt.” This year, The Economist’s annual Latinobarometro poll showed that across 17 Latin American countries, government approval ratings fell from 60% in 2009 to today’s 47%. In a list of key trusted institutions including family, church, media and the army, political parties scored the lowest with barely 20% reported confidence. Leftism is clearly losing its luster.

Latin American political trends come in waves (re: military dictatorships). An ebb in the tide could be as simple as a Macri presidency, or perhaps even more likely, a Rousseff impeachment. Whether political outsiders like Guatemala’s Jimmy Morales, or right-wing moderates like Macri will determine the new norm remains to be seen. But the constitution-bending, over-regulating left is poised to exit.