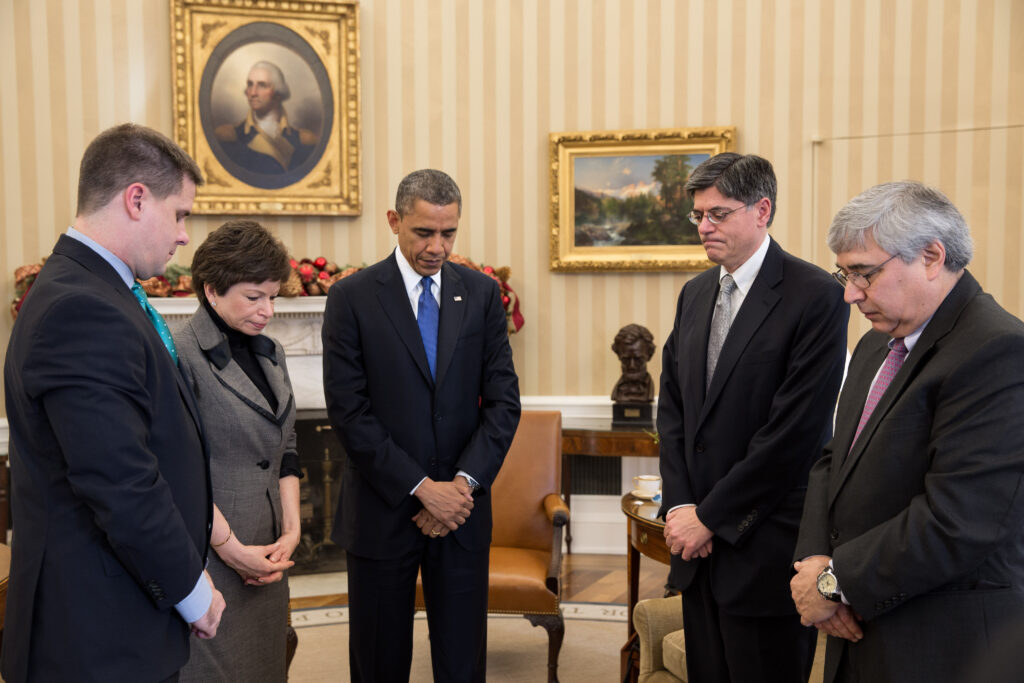 A Reflection on America’s Gun Epidemic

The former Soviet republics occupying the Caucasus and Central Asia have been out of the limelight this year. Instead, the world’s attention has been focused on a ring of areas surrounding the Caucasus and Central Asia. Just look at Russia’s western borders and sweep in a counterclockwise circle to the east. NATO has been vocally bolstering the Baltics and supporting Ukraine against an increasingly assertive Russia. Greece dominated financial headlines again this summer during its political battles with the European Central Bank and Germany. The relationship between Turkey and Russia has completely soured and taken on militaristic overtones. The Islamic State has been the center of attention in the Middle East. Iran made history by signing its nuclear agreement this summer. The Taliban are back in Afghanistan. Narendra Modi cemented himself at the heart of Indian politics and has become a respected global leader. In East Asia, China is squaring off with anyone and everyone in its efforts to solidify claims to maritime territory far beyond its shores, while its slowing economy has sent jitters through global financial markets.

To look at all of these events from the Americas, separated from it all by two very large oceans, grants a completely different perspective than that of observers in the Caucasus and Central Asia. Being surrounded by these phenomena can lend itself to a different lens and a different reaction as well. For the states surrounding the Caspian Sea, attention from the outside world can be a blessing or a curse. Most countries have been happy to let others take center stage, but a few are vying for more international prestige with busy political agendas.

Turkmenistan: New Pipeline Will Diversify Gas Export Destinations
Turkmenistan rarely made headlines this year until mid-December with the groundbreaking ceremony of a new pipeline. The Turkmenistan-Afghanistan-Pakistan-India Pipeline, or TAPI, is finally under construction. The four partner nations are projecting that it will be completed in 2019, bringing Turkmen gas to Afghan, Pakistani and Indian markets. The project is estimated to cost $10 billion, but violence in Afghanistan or Pakistan could send that figure skyrocketing.

TAPI is one of several ambitious pipeline projects being pursued by Turkmenistan, which has long sought to diversify its export capabilities away from Russian controlled pipelines aimed at other former Soviet states.  So far, Turkmenistan has only been able to add China as a major foreign client. Turkmenistan recently completed the East-West pipeline that can move gas internally from fields in the east to its Caspian shoreline. The country had long anticipated a multinational effort to construct a Trans-Caspian pipeline, which would bring Turkmen gas to Europe via Azerbaijan, Georgia and Turkey. But that project has been shelved due to political pressure from Russia, so the East-West pipeline will be a dead weight loss for the Turkmen government until their gas becomes a necessity in the European energy portfolio.

Kyrgyzstan: Expect the Unexpected
In years past, Kyrgyzstan has made headlines for sectarian riots, political strife and revolution. The mountainous nation has been beset by recurring failures in governance since the breakup of the Soviet Union. But the nation has been on the mend since 2010. With the departure of US forces from the air base at Manas in 2014, the past year and a half has been relatively easygoing; Western media had to find other things to write about when covering the country’s recent developments. The Guardian discovered an active sex school and raved about the nation’s hiking opportunities for mountaineering tourists who would prefer to summit Mount Lenin instead of crowded Himalayan peaks.

But the short era of whimsical news stories about Kyrgyzstan may soon be coming to an end. The Kyrgyz government is beginning to face new political and economic challenges, especially since many families depend on remittances from husbands and fathers working in Russia, where the economy is faltering. Despite feeling the effects of Russia’s economic decline, Kyrgyzstan has strengthened political ties with Moscow since the closure of the US air base at Manas. Perhaps the most important new political news about Kyrgyzstan came when Vladimir Putin made his public reappearance in March at a meeting with Kyrgyz President Almazbek Atambayev. (Putin had been out of public view for over a week, leading to wild speculations about the likelihood that he had been deposed in a coup or secretly fathered a child.) Putin’s choice to reappear from his mysterious absence alongside the Kyrgyz president is an indication that Atambayev’s government is strongly within the Russian political orbit; the Russo-Kyrgyz relationship will be interesting to watch in the future.

Uzbekistan: Some Things Never Change
Somehow, Islam Karimov is still alive and still president of Uzbekistan. He was reelected in March, capturing a predicted victory with over 90% of the vote. The affair was roundly criticized by Western observers, but Karimov has held firmly onto power since 1990, and he will continue to rule until he is ready to walk away. Uzbekistan’s human rights record has continued to be abysmal, as Human Rights Watch once again slammed the government for a myriad of abuses and injustices. The most exciting recent news came in 2014 when photos were released showing Karimov’s own daughter under house arrest—likely as punishment for a very public Karimov family feud on Twitter that has been a festering wound in the Uzbek political scene. Twitter has also played an important role in defining Uzbekistan’s international image. During a tour around Central Asian countries, US Secretary of State John Kerry tweeted a photo of himself shaking hands with President Karimov.

Kazakhstan: It’s the Economy, Stupid
While President Nazarbayev has been keeping pace with Karimov in their race to outlast each other as longest-reigning Central Asian rulers, the Kazakh economy has been the newsmaker in recent months. The drop in energy prices has hit Kazakhstan particularly hard, forcing the country to free its long-controlled currency, the tenge. It lost over 20% of its value overnight last August and shows no signs of recovering, given the economy’s reliance on energy and trade with Russia. Kazakhstan is attempting to attract more foreign investment over the long term, and is implementing a plan to allow visa-free entry for all OECD nation citizens by 2017. For now, though, the country is weathering an economic storm.

Tajikistan: More of the Same Failed State
Tajikistan really has nothing going for it these days. An autocratic government has made no efforts to slow down regular civil and human rights abuses, the Russian-supported economy is showing no signs of growth and a military commander recently joined the Islamic State. The country is as corrupt as they come. It will also begin to feel the effects of cross-border instability from Afghanistan as the US mission winds down there. Like Kyrgyzstan, the Tajiks are quietly moving deeper into a Russian orbit as their economy continues to disintegrate. But a lack of headlines in foreign papers reflects a year of relative stability in Tajikistan, at least compared to its neighbors.

Azerbaijan: European Games, Human Rights, Currency Devaluation and a Hawkish Outlook on Karabakh
Azerbaijan has been the lynchpin of South Caucasus affairs, with Armenia leaning heavily on Russian assistance and Georgia embedding itself politically in the NATO camp. The capital city Baku hosted the inaugural European Games this summer. The event was a coming-of-age party for a regime celebrating its perceived arrival on the world stage. It was an internationally televised show of the progress made in Azerbaijan since its cease-fire with Armenia was signed two decades ago.

Unfortunately, not everything in Baku has been cause for celebration this year. The global glut in energy prices forced the central bank to devalue the Manat by over 30% in a single overnight devaluation. The country’s human rights record only got worse this year, as several prominent opposition figures and journalists were jailed.

The case of Nagorno-Karabakh remains at the forefront of Azerbaijani foreign policy. With Russia heavily invested in Ukraine and now Syria, Azerbaijan has an opportunity to take advantage of Moscow’s distractions. The Azerbaijani military has increased the tempo of its cross-border skirmishes with Armenia, and a flurry of diplomatic activity between actors involved with the conflict has sparked speculation that Armenia may cede some of the occupied territory back to Azerbaijan as part of a negotiated settlement.

Armenia: Reconsidering Karabakh
Armenian negotiators met with EU representatives in December for a new round of discussions about the Karabakh conflict with Azerbaijan. Given Russia’s ongoing military activities in Ukraine and Syria, Armenia is quietly having doubts about its security guarantor’s defense commitments in the event Azerbaijan sees an opportunity to retake Karabakh by force. But the conflict is unlikely to be resolved by negotiations anytime soon, despite pressure from outside parties and a rumored settlement proposal put forth by Russia.

Georgia: Surprise Political Turnover
The ruling Georgian Dream coalition’s Prime Minister, Irakli Garibashvili, resigned on December 23 for reasons that remain unexplained. He was quickly replaced by Foreign Minister Giorgi Kvirikashvili on December 30. The Georgian Dream party is relatively pro-Russian compared to previous governing bodies, although it still retains ties with the West. Its popularity has fallen since it gained power in the last elections. The government revoked the citizenship of former anti-Russian Georgian president Mikhail Saakashvili, who took up a post as governor of a province in Eastern Ukraine at the behest of the Ukrainian government. Saakashvili was an avidly pro-Western leader for many years, seeing Georgia through its 2008 war with Russia. Georgia’s elections in late 2016 will likely lead to the swearing in of a new government and another change in course for the small country’s foreign policy initiatives.