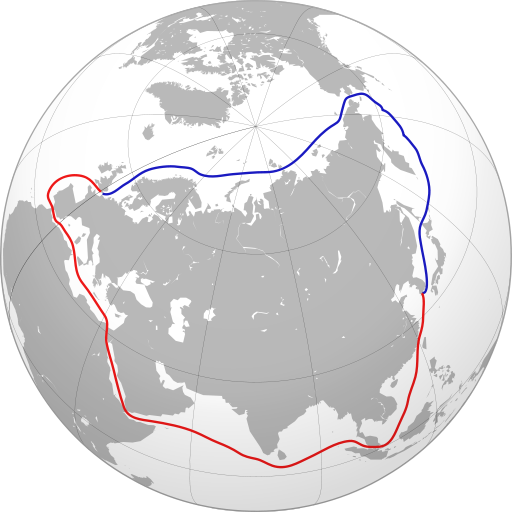 Over the Top: the Emergence of Arctic Ocean Trade

It’s not every day we get to see a country draft a new constitution, but Thailand is quietly attempting to do just that. On May 22, 2014, after months of political turmoil, General Prayuth Chan-Ocha led a military coup that seized power in Bangkok. The Pheu Thai Party, led by Yingluck Shinawatra, was removed from power and the constitution was largely suspended. The military leaders who took power are now awaiting a new constitution that they find suitable for approval, but General Chan-Ocha’s royalist, anti-Pheu Thai tendencies may hinder progress. Thailand has an exceptionally volatile political history, and the new constitution must address the roots of these historical problems to ensure that the future government system remains intact.

Thailand’s previously elected government administrations have rarely lasted their 4-year mandates under prior constitutions, and military coups are the rule rather than the exception. Two political parties, the Pheu Thai and the Democrat Party, have jockeyed for power in recent years. Pheu Thai has its stronghold in the north and east of the country, while the Democrat Party has traditionally controlled the south and the western border. The capital city of Bangkok is heavily contested.

The Democrat Party has been struggling in recent years to attain political clout; it is often characterized as a royalist party representing the old-school Bangkok elites, and is generally considered to be the mainstream opposition movement. The Democrat Party has also long supported Thailand’s monarchy. The Pheu Thai, on the other hand, is the populist successor party to the now disbanded Thai Rak Thai (TRT) and the People’s Power Party (PPP), representing the rural northern districts and the bulk of the population.

Political strongman Thaksin Shinawatra is the driving force behind the Pheu Thai. He was the Prime Minister from 2001 to 2006 when he was toppled by a military coup and fled into self-imposed exile in Dubai. But Shinawatra remains a powerful figure in Thai politics, and many believe that he was heavily involved in his sister Yingluck’s election as Prime Minister in 2011. She later tried and failed to pass a bill granting amnesty to Thaksin. This was the biggest of several political maneuvers that riled up the opposition. 150 Democrat Party parliamentarians threatened to resign en masse from the government, and mass demonstrations took place in Bangkok. Yingluck tried to regain control by suspending the lower house of parliament, but the ensuing political battle caused the crisis we have today.

While the Democrat Party and Pheu Thai dominate political spotlight, the monarchy plays a reserved but equally important role in Thai politics. King Bhumibol Adulyadej has ruled since 1946 and is the longest serving monarch alive today. During periods of political instability and violence, he has given his blessing to the military juntas that have acted to restore order. The King has often stayed out of day-to-day politics, only stepping in during times of crisis to rebalance the political situation and calm the nation. Under his leadership, the royal family has used its political capital sparingly but effectively. But that could soon change.

Now 87 years old, King Bhumibol is nearing the end of his reign. His son Maha Vajiralongkorn is the Crown Prince of Thailand, and it seems likely will rule differently from his father. The Prince has been actively involved with both political factions in recent years. His sister Maha Chakri Sirindhorn, whose charitable initiatives have made her beloved among the Thai population, is a more popular candidate for the throne, but the laws of succession would put Vajiralongkorn in power. The Crown Prince would increase the royal family’s political involvement, which could destabilize Thai politics more—especially if he assumes the throne before a new constitution is completed.

General Chan-Ocha needs a constitution that can ensure peace and withstand the maneuverings of the Pheu Thai, Democrats and future monarchs. Since the coup, Chan-Ocha has kept military officials in charge of all central government ministries. However, the military has made efforts to re-democratize Thailand by setting up a 21 member body called the Constitutional Drafting Committee (CDC). An early draft of a new constitution included a “civil crisis panel” to intervene when Thai politics get out of hand, provisionally named the National Strategic Reform Committee. Since any future crisis may present unknown complications, building a crisis-solving mechanism with specific procedures would be futile. Instead, the panel would be endowed with the responsibility to peacefully manage any unruly Thai political events. In a time of need, the committee would draw up a charter designating a process for addressing the issue at hand in accordance with five principles:

The details for the National Strategic Reform Committee are still up for debate, and it ultimately may not even be implemented. But the attempt to design such a mechanism does signify that Thailand is getting weary of its own political volatility.

The immediate problem of military rule remains, and there are signs that the ruling junta may not have entirely benign intentions. The military recently proposed a provision to be included in the next constitution that would protect it from prosecution for certain crimes. The proposal states that any military action “carried out with honest intention” would be exempt from legal prosecution, and the personnel involved would be immune from charges. A representative from Human Rights Watch told Reuters that the clause would essentially be a “license to kill.”

Thailand needs to develop political institutions and mechanisms strong enough to let elected civilian governments work through political crises on their own. Given the nation’s opaque politics, anything goes. No one knows what the next crisis will be—only that one is almost certain to occur. Additionally, the Bangkok terrorist bombing in August signaled that Thailand might have more than just the usual political grievances to deal with in the future.

For the time being, the military remains in charge. General Chan-Ocha rejected the latest proposed constitution in October, deeming it insufficient for the military’s rather unclear expectations. He also indefinitely delayed elections that had been planned for this past summer. Whether the military thinks the nation needs more time to cool off is anyone’s guess at this point, but the proposed legal protections for the military suggest that Chan-Ocha will not be stepping down without some serious concessions. Thailand probably will not see any major changes in its domestic politics until at least late 2016 or 2017, and even that would depend on a political stabilization over the next several months.