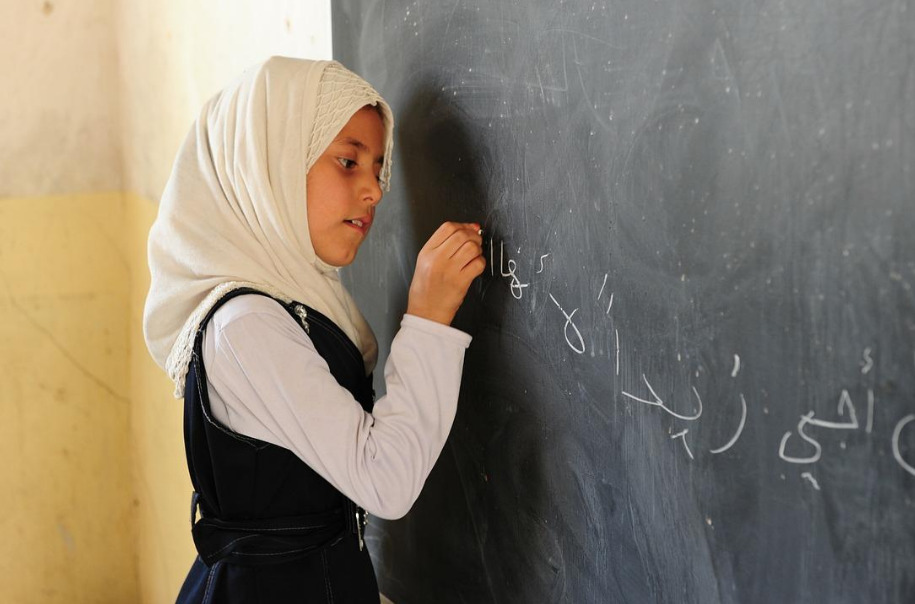 The Impact of COVID-19 on Global Education Inequality

LOS ANGELES — As the pandemic progresses and new COVID-19 variants run rampant worldwide, developing countries face tremendous challenges in producing the biotechnology for vaccines in an effort to keep their populations safe and rebuild their economies.

As a response, the CoVax program was launched in April 2020 to mitigate this issue. This program, a partnership coordinated by Gavi, the Vaccine Alliance, the Coalition for Epidemic Preparedness Innovations and the World Health Organization, is geared toward worldwide equity of vaccine distribution by giving all participating countries equal access to vaccine supply, regardless of income. Unfortunately, the quick evolution of the virus has decreased the efficacy of the vaccines distributed globally.

Fortunately, a prospective COVID-19 treatment could largely impact the international response to the pandemic. This treatment is known as the “Super Cork,” developed by the Weizmann Institute of Science in Israel in collaboration with researchers in France and the United States.

Current vaccines focus on creating antibodies against the virus’s “spike protein” that enables entry into human cells. This protein, however, is susceptible to mutations of the virus, which is why vaccine efficacy has decreased as the virus evolves.

The “Super Cork” treatment has the power to enhance the CoVax program and revitalize the responses to COVID-19 in participating countries because of its ability to surpass mutations of the virus. Instead of taking an offensive approach against the virus proteins responsible for entry into the cell, this treatment works defensively, focusing on ACE2, the non-evolving receptor within the human cell that allows the virus to enter.

The scientists and researchers developing this treatment use an “advanced artificial evolution method” to manufacture a molecule that would act as a cork to block this entry port; therefore, the virus cannot attach to the cell no matter the variant.

Current research on this treatment has discovered that the manufactured molecule has a stronger bond to the ACE2 receptor than the British Alpha variant, South African Beta variant, Brazilian Gamma variant and Indian Delta variant. Furthermore, findings show that extremely low concentrations of the molecule, which can be administered via nasal inhalation, are needed to be effective at blocking the port.

The CoVax program is currently ineffective and requires significant improvement. Participating nations are not receiving the doses that they were promised and paid for, having to make their own deals with pharmaceutical companies. Leaders of these countries have been unable to contact the Program to locate the missing shots. G20 countries are distributing booster shots while the program fails to meet its vaccination goals in countries like Chad, Geneva and Libya. Further,  98% of the people in low-income countries are still unvaccinated, according to representatives from the World Health Organization.

The Super Cork is a new opportunity for the CoVax program to be successful. The program is based on the premise of more financially stable countries donating excess vaccine doses to less fortunate countries. However, countries like the United States are focused on booster shots against new variants, which leads to a dwindling surplus of the first and second doses. If the G20 countries pivot their manufacturing efforts toward this new treatment, then the amount of excess doses would increase. Only one dose would need to be produced, instead of first, second and third doses.

Nevertheless, the vaccines produced by donor countries are less effective against the variants rampant in the countries where they are distributed, since herd immunity is lower. This is  especially relevant in terms of the Delta variant, as reported by The New York Times. As the need for a booster shot increases and original efficacy decreases, a new wave of COVID-19 infections will be poised to rise in countries with lower access to vaccines. The Super Cork treatment would solve this dilemma because a singular, effective dose would be helpful to both the donor and recipient countries.

In addition to the treatment’s relief toward global health, the Super Cork would in turn have a monumental remedial impact on the global economy. Since these treatments can be distributed in smaller doses and will not require second doses or booster shots for other variants, the workforce of the impacted countries can return to normalcy quicker and the economy can build back up as consumer spending increases.

For the world economy to truly recover to pre-pandemic levels, the majority of the global population must be vaccinated. This would lead to the lifting of restrictions and a sharp uptick in economic growth and productivity. More meaningfully, the quality of life for citizens in these low income countries would vastly improve.

Molly McCall is a sophomore from Tacoma, Washington studying Political Science and Applied Mathematics. She is interested in foreign policy and negotiation and their intersections with the global political climate, specifically concentrated in the Middle East. As a math major, she is also passionate about gender equality in STEM education abroad. She is also involved in Phi Alpha Delta, USC’s pre-law fraternity. Outside of school, Molly enjoys snowboarding, yoga, and traveling.