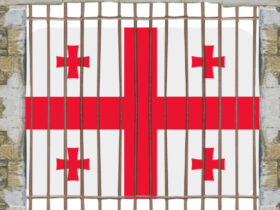 On March 22, 50 days after the first COVID-19 infection was reported in India, the Indian government ordered a 14-hour mandatory lockdown across the country – leading to the immediate shutdown of all non-essential services and restrictions on the movement of its civilians. Two days later, Prime Minister Narendra Modi declared a 21-day extended lockdown to prevent further spread of the highly contagious coronavirus infection.

Although the intention and purpose behind the lockdown was to keep citizens at home, the government failed to account for the millions of migrant workers that travel across state lines from their native villages to find work to support their families. Leaving members of the working class to fend for themselves during a global pandemic, without adequate food, water, shelter or transportation back home, has led to widespread suffering.

Migration in India is a common and necessary reality for many people who live on nature-ravaged lands unsuitable for farming and prone to flooding or for those who live in areas of pervasive social conflict. Many Indians, especially from the states of Uttar Pradesh, Bihar, Rajasthan and Madhya Pradesh, move from their rural home bases to urban metropolises in order to find daily-wage work, usually in the manufacturing or construction industry.

These workers make up 35% of India’s total population and form a vast majority of the country’s informal labor force. Because most of these workers are under-educated and have a limited skillset, they are often exploited by their employers and forced to work in terrible conditions, with no breaks and minimal pay. In Gujarat, the Diamond Workers Union has filed salary complaints against more than 100 diamond artisans who have failed to pay the workers wages during the lockdown and have also withheld worker salaries from before the lockdown began.

Although the lockdown was meant to act as a predictive, decisive and preventative measure against the coronavirus, it was also immediate and came into effect without any prior planning for possible negative externalities. As all economic activity in India came to a virtual standstill for almost a month, migrant workers lost most, if not all, of their earnings almost immediately. These workers, who live paycheck to paycheck and have no source of income for prolonged periods of time, were unable to pay rent or utility bills.

Many were scared of being in the urban cities during this shutdown period and resorted to walking back home after searching for work. Devastating pictures in the media of men carrying their mothers on their backs as they walked for miles through the heat led to rising global awareness of the migrant crisis. Another vivid and tragic video from Bihar showed a baby pulling on his mother’s clothes and attempting to wake her up while she lay dead on a station floor due to exhaustion, hunger and dehydration. This video was circulated widely among domestic media outlets such as the Times of India, NDTV and even garnered international attention after being reported by Al Jazeera and posted on YouTube.

Many Indians, domestic and living abroad, blame the federal government for its lack of transparency and preparation measures for the sudden imposition of the lockdown.

However, it would be blind to ignore the role of India’s state governments in exacerbating unfair conditions for workers. While the Modi government issued directives to states asking them to ensure employers’ continued to pay full salaries and wages during the lockdown, both levels of government failed to account for the fact that smaller businesses have strictly limited cash reserves and did not do anything to support these smaller merchants – which make up a large portion of local Indian businesses.

In April, when the federal government finally began allowing trains to take these workers back to their home states, federal officials did not take the lead in coordinating transportation activities among the states. The result was a wildly mismatched train scheduling system that left families stranded at stations for days without food or water while state governments argued about how many trains could pass through its borders.

Moreover, the conditions of the train facilities that these workers travelled in were abysmal. The Shamrik trains were packed, with people and families crammed against each other in the tight train compartments – not even allowing for the possibility of safe social distancing measures to prevent further spread of the virus. Train compartments were also not air-conditioned or well-ventilated – leading to temperatures inside rising up to 35° C. Additionally, no food rations were provided to the travelers, leading many to starve to death on their journey home.

The failure of the Indian federal and state governments to care for their lower-income workers is appalling and clearly displays the lack of regard for India’s most critical and essential labor group. Of course, however, it is important to note that the current COVID-19 pandemic has led to the necessity of immediate public policy decisions. But, if the government was truly genuine in its concern for its citizens, senior policymakers must be mindful of the extended impacts of their decisions and ensure that all levels of Indian society are cared for equally.