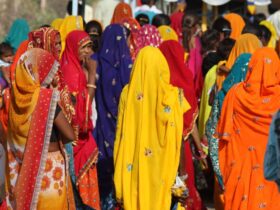 On June 16, reports of a deadly clash along the Sino-Indian border emerged. Conscious of  public backlash, both countries resorted to de-escalatory diplomatic measures to reduce hostilities. For the Indian public, however, the damage had already been done.

Cheap Chinese imports flooding the Indian market and China’s role in the spread of COVID-19 had led to resentment from India’s populace toward China. With the deaths of 20 Indian soldiers directly attributable to Chinese forces, the incident proved to be a tipping point in the regional powers’ relations.

The clashes were caused by ambiguous demarcations in the Ladakh region, which both sides exploited through increased military presence and infrastructure. In the conflict’s immediate aftermath, Indian Prime Minister Narendra Modi’s government appeared reluctant to act aggressively. Yet, Modi, unafraid to utilize populist swell, was plotting towards a different approach.

India’s public had been growing steadily resentful towards China, blaming the pain incurred by COVID-19 on China. Therefore, on June 29, India’s government announced a sweeping ban of 59 Chinese apps, including TikTok, WeChat and Helo, citing threats to the country’s “sovereignty and security.” India’s anger, previously confined to the public, manifested itself in government policy.

But this is not the first time Sino-Indian tensions have reached a dangerous high. The relationship between China and India has experienced tumult in modern history, with conflicts erupting in 1962, 1967, and 1975. The rocky nature of their relations fits with political scientist Samuel Huntington’s “fault line” paradigm, a theory he explores in his 1993 book Clash of Civilizations.

Huntington’s book argues that following the USSR’s collapse, conflict between nations would not be shaped by ideology, but by civilizational background. Huntington divides countries and regions into major civilizations — the West, Orthodox, Islam, Buddhism, Hindu, African, Latin American and Sinic — that would clash when respective cultures, norms and values between nations came into conflict with one another.

Within Clash of Civilizations, Huntington’s “fault line” concept has helped describe relations between countries, including India and China. Fault lines describe the possibility of conflict between two nation-states — from different civilizations — that border one another, similar to friction between tectonic plates. Fault line conflicts are also sometimes characterized by ethnic violence.

Ethnic conflict along the Sino-Indian fault line is not pervasive primarily because both countries are core states of their civilization. A core state is the regional power at the core of its civilization. According to Huntington, China is the Sinic civilization’s core state as India is for Hinduism. Due to their size, each has a responsibility to restrict all-out conflict, which is also deterred by the principle of mutually assured destruction that nuclear weapons provide. Therefore, conflict manifests itself in other arenas, such as trade wars, immigration bans, investment boycotts and border skirmishes.

Like many fault line clashes, conflict along the Sino-Indian border has been intermittent. The first conflict can be traced back to the 1962 Sino-Indian Border War. Following a decade of good relations in the 1950s, underpinned by India’s recognition of the People’s Republic of China in the United Nations, a diplomatic rift over India’s decision to grant refuge to the Dalai Lama in 1959 spoiled the Sino-Indian friendship.

China, aggrieved by India’s decision to house a political enemy, responded by claiming control of the Ladakh region, the territory separating India and China. The move launched a border dispute, a matter complicated by the cartographical inaccuracies along the border. The previously used McMahon line contained ambiguous demarcations, leading China to introduce the Line of Actual Control, a demarcation India did not agree with. This led India to introduce its “Forward Policy”, which sought to construct 43 military outposts beyond China’s side of the border. Both sides were walking the tightrope of territorial claimance.

Tensions reached an apex on October 10, 1962, when the Chinese People’s Liberation Army crossed into Indian territory. The Chinese, who had drawn extensive preparations, effectively executed militaristic intentions, disrupting communication outpost and seizing strategically significant bases. India,caught off-guard, lost the war within a month, after a unilateral ceasefire and retreat was declared by the Chinese. An estimated 3,000 Indian soldiers died in the conflict, signifying the fault line’s first “earthquake.”

In 1967, China lost 300 soldiers in border skirmishes with India. India emerged victorious and, in doing so, revived a deflated national spirit since their defeat in 1962. In 1975, India accused China of a pre-planned ambush following the death of four soldiers. Only in the 1980s did relations slowly improve. Recognition of the border was formalized in 1993 with the Agreement on Maintenance of Peace and Tranquillity along the LAC.

India and China signed another 4 treaties to consecrate the new era of relations. Additionally, Sino-Indian trade rose with the onset of the century. By 2008, China secured its status as India’s largest import partner as bilateral trade experienced exponential growth.

Yet, beneath the surface, cracks began to show. Infrastructure encroachments across the border, concerns over India’s trade deficit with China, and anger over China’s role in COVID-19 has influenced Indian public opinion, which has grown increasingly hostile. In 2019, only 23% of Indians were polled to have favorable attitudes towards China, the 2nd least of 34 countries polled.

Now, the death of Indian soldiers has enraged a country dominated by Hindu nationalism. Fallen soldiers have become martyrs and through India’s ban of 59 Chinese apps, the government is conscious of which way the wind is blowing. Xi Jinping has also shown no reluctance in intensifying nationalist currents. The border conflict provides an opportunity to divert the Chinese public’s discontent from a slowing economy to India’s geopolitical threat. With both leaders invigorating a strong-man status, a retreat can puncture holes into an inflated national spirit.

Further sanctions, visa bans, and bombastic rhetoric may increase as economic and political triggers aggravate the Sino-Indian cultural divide, which has been poorly bandaged since 1962. Increased military presence across the border suggests the Sino-Indian fault line could be prone to another tremor — indicating the deepening of a critical geopolitical fault line.

Maxim Haskell is the President of Glimpse and senior at the University of Southern California majoring in International Relations and minoring in Law and Public Policy. Maxim has experience working on foreign trade for the European Centre for International Political Economy in Brussels, Belgium, strategic legislative coordination on Capitol Hill, and strategic communications for public relations firm Finsbury. On campus, he served as an assistant opinion editor for the Daily Trojan, studied at the Institute for European Studies in Brussels and was a former member of USC’s Model United Nations team. Maxim is interested in international development, the intersection of political economy and culture. In addition to a regional focus on Eurasia, Maxim’s is enthusiastic about all contemporary global affairs.