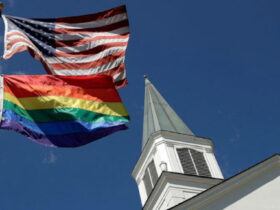 For many years, Mozambique was seen as a “jewel” in southern Africa, prized for its abundance of natural resources, successful peace dividends, and relative economic development. However, this narrative began to shift in 2017 with the emergence of an Islamist insurgency in the northern province of Cabo Delgado. The ongoing violence has killed over 2,000 people, and this figure is rising as the attacks escalate in frequency and sophistication. The insurgency may seem to be in stark contrast to the country’s legacy of peace and development; however, a closer look into Mozambique’s political culture reveals early warning signs of endemic corruption before the violence began.

Corruption and impunity have been growing in Mozambique for many years. As early as 2013, Mozambican officials hid loans from the public and foreign investors, leading to a scandal that still taints the government’s legitimacy at the highest levels. The loans were used to pay off “questionable debt” for secret maritime projects like an $850 million fishing fleet; according to an indictment filed by the U.S. Department of Justice, the conspirators used these projects “as fronts to raise money to enrich themselves.” The party responsible for the scandal is still in power, and multinational firms continued to conduct business with Mozambique, which made accountability and combating corruption even more difficult.

Corruption has also given rise to international criminal networks, which have taken advantage of the national political culture that allows elites to evade the law. According to the Organised Crime Index calculated by ENACT Africa, Mozambique ranks 38th in Africa, indicating that criminal networks have captured parts of the government and that there is a very low level of resilience to organized crime. From the heroin trade to ruby smuggling, crime has pervaded throughout the state and created a breeding ground for violent extremists.

Although the attacks in Cabo Delgado began as early as 2017, terrorism has reached an unprecedented level in 2020. In only the first four months of 2020, violence in this region, led by a group known as Ansar al-Sunna, increased 300% compared to the same period last year. Although the group declared ties with ISIS in 2019, they rarely issue propaganda, have no publicly stated aims, and primarily attack state institutions, all of which suggest Ansar al-Sunna has a local focus. However, the organization has launched increasingly complex operations that have raised concerns within Mozambique and its neighboring countries.

The state initially dismissed Ansar al-Sunna as merely a group of “bandits.” Yet, as the violence grew, President Filipe Nyusi admitted there was a problem, but experts believe that his government cannot effectively tackle it. Within Nyusi’s party, Frelimo, there is increasing infighting over the economic burdens of the violence. The country’s best soldiers are guarding natural gas facilities. The remaining soldiers, who are undertrained and underpaid, are the only ones left to combat the insurgents.

Moreover, Mozambican security forces have been accused of committing human rights violations against those suspected of criminal activity. Video and photo footage has come out showing the attempted beheading and torture of prisoners, the dismemberment of alleged armed group fighters, possible extrajudicial executions, and the transport and discarding of a large number of corpses into mass graves.

The abuse is intensified by the Mozambican authorities’ refusal to allow local and international journalists and researchers to document the situation without repercussions. Deprose Muchena, Amnesty International’s Director for East and Southern Africa, weighed in on the human rights abuses as “… flout[ing]fundamental principles of humanity. The abuses attributed to [Ansar al-Sunna] can never justify further violations by the security forces of Mozambique.”

The international response to these events has been mixed. After a virtual meeting of the Southern African Development Community (SADC) on August 17th, the bloc released a statement saying that it would “support Mozambique in addressing the terrorism and violent attacks.” However, Mozambique is reluctant to allow neighboring countries to interfere given the fragility of the conflict, and the states themselves worry about the possible blowback of getting involved. Beyond Africa, the United States and many other Western nations initially offered to help with military training but soon withdrew from the commitment.

The government has also turned to foreign defense contractors for help. At the beginning of the conflict, they enlisted Erik Prince, who founded Blackwater, a controversial American security firm. In 2019, the Wagner Group, a Russian mercenary network, came to the aid of Mozambique but ultimately proved unsuccessful. They were replaced by Dyck Advisory Group, a South African organization led by Lionel Dyck, who was involved in past conflicts in Zimbabwe and Mozambique.

These abrupt administrative changes have made it even more challenging to contain the violence. Perhaps the most significant consequence of the insurgency in Cabo Delgado is the worsening humanitarian crisis. Attacks on towns and villages have forced people to flee their homes and abandon their farms. According to the United Nations Office for the Coordination of Humanitarian Affairs, over 300,000 people are internally displaced, and more than 350,000 people face severe food insecurity. A recent UN World Food Programme report presented findings from famine early warning system FEWSNET that indicate that communities “will continue to face ‘crisis’ levels of food insecurity… into early 2021.” This is a worrying projection in Cabo Delgado, which has the second-highest rate of chronic malnutrition in the country.

The COVID-19 pandemic has only worsened this crisis. In the UN Policy Brief titled COVID-19 and People on the Move, the UN Secretary-General notes that “COVID-19 hits the most vulnerable people the hardest, including refugees, migrants, and internally displaced persons (IDPs).” The attacks in Cabo Delgado have forced people into living in crowded and unsafe host communities or camps with limited resources to protect themselves. Thousands have also fled to an International Committee of the Red Cross’ (ICRC) treatment facility in Pemba, the provincial capital of Cabo Delgado, despite the city being one of the largest pandemic epicenters in the country. Raoul Bittel, the head of ICRC’s operations in Pemba, describes how “[p]eople fleeing armed conflict in Mozambique are trading this life-threatening danger for the risk of COVID.”

Even with the country’s abundance of natural resources, investment prospects are dwindling as the situation in Cabo Delgado worsens. To experts, Mozambique should serve as a warning to other countries that prioritize their business interests over their people. In the words of Michelle Gavin of the Council on Foreign Relations, “Perhaps, if a decade ago, the international community had expended more energy supporting the civil society actors who have been calling action to these deep-rooted problems –and pressed harder to support solutions– Mozambique today might demonstrate more resilience, and the outlook would be less bleak.”

The violent insurgency and resulting humanitarian crisis in Mozambique have exposed a profound weakness in a state that once showed tremendous promise. In promoting international trade and elitism over equitable socio-economic development, the government has fostered a culture of corruption and continues to do so despite the worsening conflict.