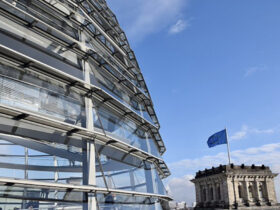 By: Isabel Lobo and Valerie Aronhalt

Latin America’s complex and polarizing political history with dictatorships, neoliberalism, American intervention and economic inequality favors the ultra-wealthy and neglects the poor, especially in rural areas. The right- and left-leaning sides of the political spectrum relate to the tendency that these countries have in terms of centralization. While individuals who live in metropolitan areas are more likely to have access to resources and economic prosperity, those who live in rural areas tend to be ignored, pushing toward an imbalance in the countries’ development which results in contrasting political ideals among those who live in these opposite environments. However, a surge in left-wing politicians across Latin America is winning presidential elections against their right-wing incumbents signifying the resurgence of the “pink tide.” The pink tide represents the shift in Latin American countries, leaving their neo-liberal ways for leftist ideology during the early 21st century. Political analysts believe its revival is reoccurring, especially with the victories in Chile, Colombia, and Peru.

Recently elected Chilean president Gabriel Boric is the country’s youngest president at 36 years old and who raised the temperature of the leftist wave in Latin America. The country’s history of leftism died when the right-wing military dictatorship of Augusto Pinochet overthrew the socialist Salvador Allende government in 1973, which ruled Chile for almost twenty years. Pinochet’s legacy left Chile in a neoliberal state championing free-market fundamentalism. Boric vows to work with his cabinet members and political organizations to end Pinochet’s neoliberal model and constitution by raising taxes on the rich while expanding social services.

More recently, Chilean feminists and Indigenous organizations fought and wrote the new constitution which expands Chileans’ rights and provides an environmental agenda. The updated text would guarantee individuals’ rights to health, housing and abortion, and establishes universal public services while granting nature rights by protecting Chile’s glaciers, parks, and waters from mining. The constitution’s passage would revolutionize the standard for Chilean democracy compared to Pinochet’s suppressive past of overthrowing the previous socialist government of Salvador Allende in 1973. While the vote for a new constitution overwhelmingly passed with a 78% vote, its progressive policies and leftist values stirred misinformation perpetuated by conservative politicians and media outlets like Fox News claiming that the new constitution bans private property, allows private companies to count votes and grants prisoners and migrants voting rights in the upcoming constitutional referendum. This misinformation spread across social media platforms in Chile dropped support and contributed to its failure. However, Boric’s determination for its passage plans to stage a revote to continue his promises of deconstructing Pinochet’s past.

In Colombia, Gustavo Petro was sworn in as the country’s new president in August of 2022, and he is the first leftist candidate to hold office. Petro participated in the M-19, a military group formed by university students and activists created as a response to alleged fraud in the 1970 presidential election. His left-wing past resonated with voters which helped him defeat right-wing businessman Rodolfo Hernandez, joining a wave of leftist politicians and political outsiders winning elections in Latin America since the Covid-19 pandemic left incumbents struggling to fix their country’s economic problems like about half of the population living under the poverty line and lessen the economic reliance on fossil fuel. Petro promises to shift Colombia in a new direction away from its capitalist and American reliance. He wants to combat social and economic inequalities by increasing spending on anti-poverty programs, raising taxes on the wealthy and eliminating corporate tax breaks. His environmental agenda addresses climate change by stopping granting new licenses for oil exploration, banning fracking projects, delaying deforestation, and reducing the country’s reliance on fossil fuels. In terms of Colombia’s U.S. relations, Petro plans to end the U.S.’s war on drugs in Colombia by redirecting billions of dollars in funding toward social resources.

The case study of Peru’s current president, Pedro Castillo, is unique and shocking given the way in which he rose to power. The former school teacher and union leader had little experience in politics yet managed to win the election in the second round while not even being in the top ten candidates, according to a poll conducted by El Comercio. Castillo went from being predicted to win 6% of the vote to obtaining almost 19% of the vote in the first round. This percentage of support is significant considering that there were 18 different candidates running in the 2021 elections.

During the campaign season, little was known about him but his ability to win the support of the majority of Peruvian voters by centering his campaign in the more rural areas of the country. Being originally from Cajamarca, a city in Peru’s northern highlands,

Peru is a very centralized country within Lima, the capital city. According to the National Institute of Statistics and Informatics, 29.5% of Peru’s population is concentrated in this province where over 124 million soles of the GDP is generated. The fact that those in the capital did not consider him a prominent candidate before his victory shows the deep divide between those living in Lima and the rest of the country. Fujimori won with over 50% of the votes in all 43 districts of Lima, and the disparity increased in the central Lima districts which are the most wealthy areas in the entire country. For example, in San Isidro Keiko, the rival candidate won with over 80% of the votes.

His success as a candidate is also linked to his opponent, Keiko Fujimori. Keiko is a prominent political figure in the country as she inherited her role from her father Alberto Fujimori, who was among the most polarizing presidents in Peru’s history and faced a tremendous divide between the capital and the rest of the country. Alberto Fujimori’s goal was to eradicate terrorism which was a pressing security issue that the country faced in the 1980s and early 2000s, however, to achieve this goal, he became dictator and the president with the most amount of human rights violations in the country’s history. From massacres to forced sterilizations, Fujimori’s means were violent and were mainly targeted at Peru’s most vulnerable populations. While his time in power is characterized by his fight against terrorism and the ability to capture Abimael Guzman, the leader of Sendero Luminoso, the most prominent terrorist group at the time. This presents the dilemma of whether the end justifies the means. In the end, Keiko was not able to beat Castillo despite being the most experienced in conventional politics as well as being a well-known public figure. Fujimori’s failure at the polls says a lot about how much Peruvians desired to move on from the politicians of the past. This discontentment of so many Peruvians with previous governments leads to the question of how many people truly supported Castillo and his campaign versus how many people did not want a second Fujimori government.

In the past decade, Peru has had mainly right-leaning presidents, from Alberto Fujimori’s authoritarian regime to the more recent Pedro Pablo Kuchisky; the one thing that all these leaders have in common is their involvement in major corruption cases. All of Peru’s leaders in the last two decades have ended up either being impeached, in jail, or fleeing the country. The changes in the political ideology of Peru’s leaders can be described as a reaction to the failure of Peru’s previous right-leaning leaders and the county’s need for a radical change in the political system deeply rooted in corruption and inefficiency.

As the pink tide continues more recently with far-right Brazilian president Jair Bolsonaro losing to leftist Luiz Inacío Lula in the 2022 presidential election, the pink tide power grows to eight Latin American countries and as the time comes, there may be more.