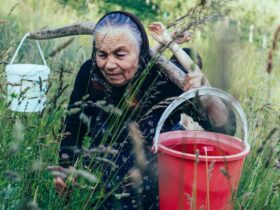 Plagued by unprecedented forest fires deep in the heart of the Amazon, an economic downturn that has plunged thousands of citizens back into poverty, and soaring COVID fatality rates, Brazil is undeniably in a state of crisis. Well, undeniable to everyone but President Jair Bolsonaro. Bolsonaro’s refusal to acknowledge the realities of these crises and commit to a plan of action has left vulnerable indigenous populations to fend for themselves.

Ever since he gained global attention during his 2018 presidential campaign, Bolsonaro has drawn international criticism for his inflammatory comments. His presidency has only solidified his reputation as a jingoist, authoritarian president who unabashedly promotes his controversial socially conservative opinions. As damaging as it can be to live under a president with a hefty record of sexist, racist, and downright insensitive comments (an experience not entirely foreign to other nations such as the U.S. and Great Britain who also recently elected controversial leaders), Bolsonaro’s policies unfortunately reflect his provocative political persona.

After a year in office, he has pursued policies that relax gun restrictions, cripple the federal environmental protection service, attempted to eliminate the federal indigenous health agency, and engaged in a lengthy list of other efforts to undermine the stability of vulnerable populations in Brazil. Within the first year of his term, deforestation has increased by 85 percent. His political agenda has left no demographic more exposed to disaster than indigenous populations, especially rural communities in the Amazon.

Unsurprisingly, these rural indigenous communities have suffered the repercussions of the COVID-19 outbreak and wildfire surges the most, without any meaningful support from their president.

Indigenous populations, which constitute around 13 percent of the population of Brazil, suffer from COVID-related deaths at a rate almost 250 percent higher than the general population. Brazil’s Indigenous People Articulation (APIB), the umbrella advocacy organization for indigenous communities in Brazil, estimates that Brazil’s 850,000 Indigenous people have endured 26,443 confirmed cases and around 700 deaths, as of late August 2020. An average of two indigenous Brazilians die as a result of COVID-19 every day. These are likely to be low estimates considering even the most capable agencies have difficulty developing accurate measurements of the virus among rural populations.

In Parque das Tribos, an indigenous neighborhood on the outskirts of the capital city of the Amazonas region, a lack of governmental support has forced community members to support themselves. Because local leaders are often older and more susceptible to symptoms of the virus, young professionals bear the brunt of the logistical aid to communities: forming grassroots networks of community support, driving neighbors to hospitals, deriving naturalist remedies for symptoms, and making endless (and seemingly futile) calls to the federal health agency with pleas for more support. Despite impressive demonstrations of community solidarity, the pervasive feeling among residents is one of abandonment.

Parque das Tribos is just one of many such communities. Indigenous Brazilians across the country, deserted by their government and racked with existential terror for their future, have begun protesting against the Bolsonaro administration. In late August, enraged indigenous communities took to the streets. Protestors blocked a major highway, a crucial route for transporting agricultural products out of the Amazon, donning signs urging Bolsonaro to “protect the Amazon” and support “indigenous rights” under an oppressive layer of wildfire smoke.

Indigenous communities were not the only Brazilians to take to the streets. Thousands of citizens have protested Bolsonaro’s education and pension policies since he took office, and more recently protesters have objected to his approach to COVID vaccines.

Somehow, Bolsonaro continually dismisses any dissidents as “idiots.” Even as indigenous protests continue to gain traction, spreading from Brazil to Colombia, Bolsonaro shamelessly brushes off legitimate criticism as unfounded. Indigenous communities across Latin America continue to march under the banner of “indigenous rights,” calling for equitable land rights, infrastructure investment, and liberty to enforce their own environmental policies, especially in this time of crisis. Bolsonaro turns a blind eye.

To make matters worse for native Amazonians, wildfires erupted with unprecedented strength at the beginning of the dry season in early May and have raged ever since. Unlike the forest ecosystems in California and Australia, wildfires do not naturally occur in the wetlands of the Amazon, and recent trends of annual wildfires are a direct result of deforestation, pollution, and increasing global temperatures — all of which have been exacerbated by Bolsonaro’s lax approach to environmental protectionism.

These fires have been encroaching on indigenous communities, damaging food supplies, destroying homes, and disrupting  already strained and precarious health care systems. Even for communities that lie beyond the fire line, wildfire smoke leaves eyes, throats, and lungs more exposed to the respiratory effects of COVID-19. According to Human Rights Watch, demand for healthcare, especially respiratory medicine such as inhalers, increases on average by 30 percent every wildfire season, and indigenous health care officials annually struggle to accommodate this massive seasonal demand — even before COVID-19 loomed over vulnerable populations.

In the face of anger and desperation, the Bolsonaro administration has failed to develop a comprehensive plan of action, and Bolsonaro himself only occasionally acknowledges the catastrophic state of the economic and physical health of Brazil’s indigenous people.

In early May, Bolsonaro deployed the army to combat wildfires, granting them permission to seek out illegal logging, deforestation, and fires. However, many residents argue the army’s presence has only exacerbated conditions in the rainforest, and research concurs that the army’s presence, which consists more of infrastructure projects than raids on illegal activity, has done more harm than good.

Despite domestic and international criticism of military deployment and inadequate plans to combat these crises, Bolsonaro continually refuses to address the pleas of indigenous communities for additional masks, PPE, hygiene supplies, and medical personnel.

Instead, the president made a mediocre attempt to provide aid to rural Amazonian populations by sending medical personnel from SESAI, the national administration for indigenous health. However, the bureau hastily deployed its workers without sufficient efforts to prevent disease transmission from the medical professionals to patients who were not previously exposed. As a result of SESAI’s irresponsible and ignorant aid tactics, the Bolsonaro administration likely accelerated the spread of the virus among remote populations.

In addition to his failure to support marginalized communities, Bolsonaro has publicly and repeatedly denied the dire nature of wildfires and touted his self-proclaimed success at limiting the impacts of the virus.

In his 2019 speech before the UN General Assembly, Bolsonaro blamed wildfires in the Amazon on indigenous communities, as if native Amazonians — who have called those forests home long before colonizers arrived — were foolishly engaging in cultural rituals that burned their homes, their livelihoods, and their heritage to the ground. He also firmly repudiated the existence of climate change, even denying that the Amazon was a crucial source of oxygen and a vital carbon sink for the entire world. According to Jair Bolsonaro, scientists invented climate change specifically to undermine his success as a president.

A year after his heavily criticized speech before the UN convention, Bolsonaro’s pre-recorded video for the 2020 convention continues to promote his policies as “the best environmental regulations on the planet”, even as all measurements of deforestation, wildfires, and carbon emissions indicate that Brazil is drifting further and further towards the point of no return.

In the midst of this multifaceted crisis tearing through indigenous communities, the President actively engages in a campaign of denial and misinformation. He refuses to acknowledge the extent of the catastrophe, regarding both the virus and the wildfires, and therefore, aims to avoid accountability for his failure to support the citizens that his office obliges him to support. Underpinning this refusal to face reality is the belief that he can ignore the struggles of indigenous communities with absolute impunity.

Since the rise of far-right wing, populist leaders like President Donald Trump and Prime Minister Boris Johnson, the global tolerance for deliberate misinformation has dramatically increased. Bolsonaro feels empowered to blatantly deny reality and swerve his responsibilities because his fellow conservative politicians have experienced relative success in the tactic of avoiding reality in order to avoid accountability.

Like Trump and Johnson, Bolsonaro relies on a cohort of fervent far-right supporters to sustain him through storms of public outcry, both domestically and abroad. In response to their leader’s failure to protect and support their needs as citizens, Brazilians have taken to the streets, as have Americans and Brits and citizens from around the world who feel abandoned by the people whose job it is to serve.

The voice of the people can only overpower the voices of misinformation, ignorance, and apathy with sustained, collective action. Indigenous communities have begun this daunting task, continuing to self-advocate and protest the injustices of Bolsonaro’s leadership, but the international community must do more to support them. Native Amazonians are dying at disproportionate and preventable rates, and so is their home. 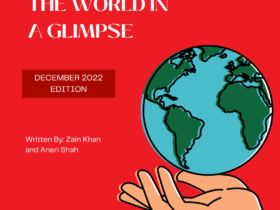