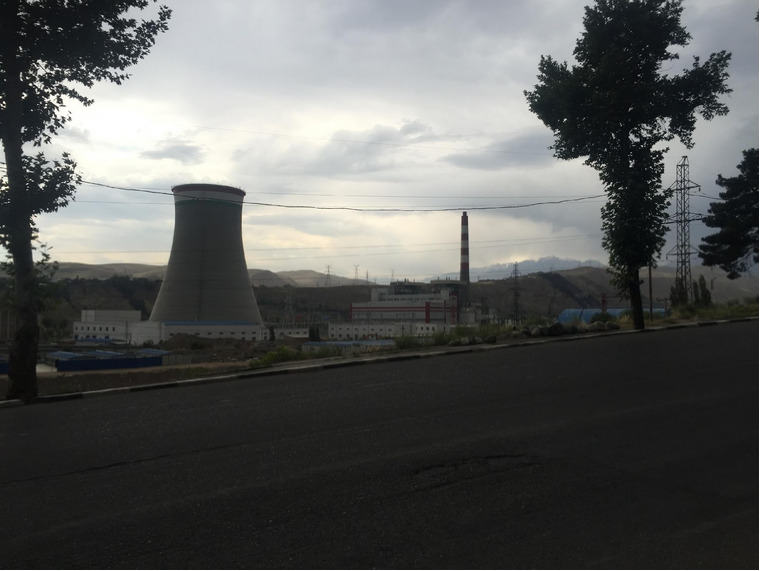 LOS ANGELES — The FIFA World Cup is the world’s most prestigious soccer competition and the highlight of the four-year season for soccer fans of all backgrounds. The upcoming World Cup in 2022 is especially exciting for fans in the Middle East, where soccer is by far the most popular sport. The competition will be held in Qatar and is the first time the region has hosted the event.

However, for a significant portion of Qatar’s population — the over two million migrant workers in the country — the World Cup has brought a more nefarious and dark context to the country. For over a decade, human rights abuses under the kafala system, the sponsorship-based employment used by many countries in the Middle East to exploit migrant workers and trap them into a modern-day version of slavery, have persisted — all in an attempt to prepare the country for the 2022 games. Most of Qatar’s foreign workers are employed on projects directly or indirectly connected to the World Cup, such as constructing infrastructure for the new city being built for the event, and will transition to work in service-oriented roles as the tournament draws closer.

Apart from Qatar, the other countries that allow the kafala system are Bahrain, Kuwait, Oman, Saudi Arabia, the United Arab Emirates, Jordan and Lebanon. Each country has its own specific provisions and legal framework, but all share the same basic concept: government agencies, local individuals or companies in the country employ foreign laborers through sponsorship permits. In addition to salary, the sponsors cover travel expenses from the workers’ home country as well as housing, usually in communal dormitories or, for domestic workers, in the sponsor’s house.

Legally, the kafala system is under the jurisdiction of interior ministries instead of labor ministries, so sponsored workers do not have the protections extended to other workers under the host country’s labor laws. As a result, many experience forced labor, unpaid or unfair wages and excessive working hours.

Additionally, since only sponsors can extend or end the permits allowing workers to be in the country, private citizens have an inordinate amount of control over their workers’ legal statuses without oversight. Workers cannot switch jobs, quit before the end of their contract or leave the country without the permission of their employer. The penalty for doing so depends on the country but can range from revocation of the workers’ legal status to imprisonment or deportation, even if they were trying to escape abusive circumstances (which is not an uncommon situation).

Though the kafala system applies to all foreign workers, racism plays a large role in how workers are treated. People from Africa or South Asia are typically relegated to lower paying jobs and face much higher levels of discrimination than Europeans or Americans. Additionally, according to the Council on Foreign Relations, the contracts offered to Westerners are less restricting and have fairer terms than the ones given to workers from other countries. Gender-based violence is also common; women, especially domestic workers, experience high levels of harassment and sexual assault but often do not report it to authorities, fearing retaliation by their sponsors.

In Qatar, foreign workers make up approximately 95% of the total labor force, with the vast majority working jobs related to the World Cup. A report from The Guardian found that these migrant workers live and work in poor conditions and that over 6,500 South Asian workers have died in Qatar since it began World Cup preparations ten years ago, an average of 12 deaths each week. Nick McGeehan, co-founder of FairSquare Projects, an advocacy group for migrant workers in the Gulf, said that these deaths are directly related to the World Cup.

“A very significant proportion of the migrant workers who have died since 2011 were only in the country because Qatar won the right to host the World Cup,” he said.

According to the Guardian, the death toll is very likely higher than what is reported from the Qatari government since the findings do not include people from Southeast Asia or Africa, where a significant number of Qatar’s workers come from.

Because of the spotlight the World Cup has placed on Qatar, the country has pledged to make reforms to the kafala system — though many of these have not materialized. In 2014, Qatar claimed it was abolishing the kafala system and proposed changes that would institute new regulations and penalties to ensure workers are treated fairly and remove the need for permission from an employer for a worker to leave the country or switch jobs at the end of their contract. These changes were implemented in December 2016 and promptly reversed by the emir three weeks later in January 2017 without explanation.

Following the lack of progress on foreign workers’ rights, Qatar signed an agreement with the United Nations International Labour Organization in November 2017 that has led to some lasting reforms. The government has since passed laws allowing workers to collect compensation for abusive situations and establishing dispute committees to fairly mediate conflict between workers and employers. In January 2020, Qatar announced that migrant workers will no longer need permission from employers to leave, though advance notice is required for domestic workers and employers can apply for a permit requiring up to 5% of their foreign staff to seek prior consent to leave. Additional reforms enacted in September 2020 set a higher minimum wage for all workers and allowed migrant workers to switch jobs without employer permission.

However, this string of positive changes may soon be coming to an end. Following the September 2020 kafala reforms businesses argued that the changes were infringing on their rights as employers and the revised laws were sent to the Shura Council, Qatar’s legislative body, for review. After months of deliberation, the Council issued recommendations in February 2021 that would undo much of the progress that has been made. According to Amnesty International, the suggestions include “removing the right of migrant workers to change jobs during their contract, limiting the number of times they can change jobs during their stay in Qatar to three, restricting the number of workers in a company that can change jobs to 15% unless agreed otherwise by the company, and increasing the percentage of workers who require exit permits to leave Qatar from 5% to 10%.” A decision to accept or deny the Shura Council’s recommendations has not yet been made, but the previous reversal of reforms in January 2017 occurred after similar suggestions from the council.

Throughout the last decade, despite the constant push for improved workers’ rights in Qatar, FIFA has been remarkably quiet on the matter. After Amnesty International published a report on migrant workers in Qatar in 2015, FIFA put out a statement saying that they “are on the right track and [are]committed to continue improving to further contribute to the protection of workers’ rights at the FIFA World Cup stadium projects.” FIFA also established its Human Rights Policy in 2017 and published its World Cup Qatar 2022 Sustainability Strategy in 2019, pledging to leave behind “a legacy of world-class standards and practices for workers in Qatar and internationally”, but none of these mention specific actions it is taking beyond “supporting the Qatari government with continued reform.”

In March 2021, following reports in the media on migrant worker deaths, FIFA President Gianni Infantino acknowledged the tragedy of the deaths, but ultimately warned against a boycott of the 2022 World Cup.

“Our position at FIFA has always been, and will always be, engagement and dialogue is the only and the best way forward to make changes happen,” Infantino said.

Since FIFA has not taken a firm stance on the issue, teams competing in World Cup qualifiers are taking things into their own hands. Players on Norway’s national soccer team lined up before their game against Gibraltar on March 24, wearing shirts that read: “Human Rights — on and off the pitch.” Teams from Germany, the Netherlands and Denmark have followed suit with similar protests.

Though FIFA has historically been opposed to political statements during games and has previously fined teams for taking such actions, a spokesperson for the organization said that they would allow players to continue with such demonstrations.

“FIFA believes in the freedom of speech and in the power of football as a force for good,” FIFA said. “No disciplinary proceedings in relation to this matter will be opened by FIFA.”

The international response has been similarly muted; apart from the European Parliament, which demanded in 2020 that FIFA send a strong message to Qatar that the World Cup should not be “delivered by the assistance of modern slavery,” no other countries or blocs have spoken out, despite efforts by non-governmental organizations to convince them to do so. In 2014 a case was brought against Qatar by the UN International Organization for Labor over the treatment of migrant workers, but this was dropped in 2017 after the country committed to the reforms that the Shura Council recently recommended reversing.

International sports competitions such as the World Cup bring together people from all over the world in a way that transcends cultural and political differences and allows countries to deepen their relationships in a low-stakes environment. Michel Raspaud, a professor at Grenoble Alpes University whose research focuses on the sociology of sports and sports tourism, writes that Qatar is particularly noteworthy for its use of sports diplomacy and has made “sports a major diplomatic axis that provides the country with international recognition, affirming its role as a regional player and contributing to its security [as]a sort of all-purpose safety valve for tension in the short and medium term.”

However, Raspaud goes on to say that the positive message Qatar is trying to convey through the 2022 World Cup is “undermined by the contradiction between the values of sports that are emphasized (respect, progress, fairness, etc.) and the social and political situation in a country where labor rights and the status of women and foreigners remain problematic.”

As the World Cup draws closer, attention on Qatar will continue to increase and the country will continue to face scrutiny for the actions it takes that affect migrant workers. Qatar is at a major crossroads, and the over two-thirds of its population at the mercy of the kafala system is waiting to see whether it bends to the Shura Council’s recommendations and returns to the traditional restrictions or concedes to international pressure and maintains its recent reforms.