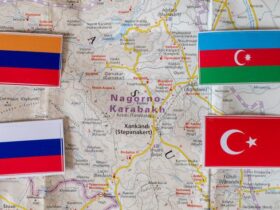 LOS ANGELES — From an outsider’s perspective, Thailand seems like a tropical paradise with its stunning beaches, lush forests and crystal clear water. Those who live there view it the same way, but are especially proud of the distinct culture that has developed throughout the country’s long history.

Over the last few years however, one facet of Thai society, the monarchy, has increasingly come into question. A USC student from Thailand, speaking anonymously for safety concerns and hereafter referred to as TS, said that “people are taking examples from Hong Kong and protests elsewhere” to determine what place, if any, the monarchy has in a modern Thailand.

The anti-monarchy movement began to take hold following the death of King Rama IX in 2016 and the subsequent appointment of his son, King Rama X. The new king, who spends most of his time in Europe and is notorious for his playboy attitude, is not nearly as popular among the people as his father was. His ascension to the throne coincided with political turbulence that had been present and ongoing since 2014, when a successful military coup took over the government and installed Prayuth Chan-ocha as the prime minister of Thailand. The coup occurred after months of protests and conflict between the administration of Yingluck Shinawatra, the previous prime minister, and other political parties. Chan-ocha, who was the general that led the coup, was the only candidate in an election that was essentially a formality. Dissatisfaction and political frustration continued to rise in the country until it finally boiled over in 2019.

In December 2019, thousands of people took to the streets of Bangkok to protest a ruling by the Thai Constitutional Court that banned and eventually dissolved, the Future Forward party from the Thai Parliament. The party housed some of the most vocal political opposition to Prime Minister Prayuth Chan-ocha. According to Amnesty International, the charges were politically motivated; the court ruled that a loan of approximately $6 million to Future Forward from party leader Thanathorn Juangroongruangkit counted as a donation instead and so violated the approximately $316,000 donation limit. The protests were also a response to Chan-ocha’s reappointment in March 2019, following an election of questionable legitimacy.

“When they [the Thai Constitutional Court]dissolved the party, that was the first trigger of the protests. People had been trying to fight for democracy through very peaceful means, both in and out of Congress, and when the attempt inside of Congress didn’t work and the party was now very unfairly gone, people started to get really angry,” TS said.

After a months-long break due to efforts to prevent the spread of the coronavirus, the protests resumed in July 2020, largely led by university students and orchestrated through social media. The turning point came in August when a statement by Panusaya Sithijirawattanakul, a 21-year-old student, clarified the demands of the protestors and united them behind a goal of reforming the monarchy and democratizing the government. Sithijirawattanakul was arrested in October 2020 and, as of publication, remains in detention and on her 22nd day of a hunger strike.

TS, who attended four protests during the height of the movement from October to December, described the protests as being highly organized despite having no centralized leader and being pulled together solely through Facebook, Twitter and Telegram. During the protests, people would pass messages back and forth, sending along requests from the front lines for “supplies like umbrellas and helmets to protect against the water guns.”

The protests continued throughout the rest of 2020, and by the end of the year at least 234 people were charged with crimes relating to the rallies, including nine leaders of the movement who are still jailed and awaiting trial. Tensions rose in early 2021 as the government stepped up its response by declaring involvement in the protests illegal and instructing the police to use harsher methods of deterrence including tear gas, rubber bullets and water cannons. This has gradually caused protest sizes to shrink from their peak of up to 30,000 people, but protestors still turn out in the 1000s.

Additionally, Thailand’s lèse-majesté law, which under the king’s orders had been minimally enforced since 2018, is being put to use again to punish protesters. Under the lèse-majesté law, also known as Article 112, insulting or defaming the royal family carries a severe penalty. In January 2021, a 60-year-old former civil servant was sentenced under Article 112 to 43 years and six months in prison (after a four year pretrial detention) for posting audio clips to Facebook in 2014 that were deemed to be critical of the monarchy. The increasing usage of the lèse-majesté law is directly tied to the king, according to TS.

“There’s no written evidence of this but everyone just knows that the king got really mad [about the protests]and told top military people to start using 112 again,” TS said.

The protests died down for a short while following the implementation of these harsher measures but have picked up again in recent weeks, rekindled by the fight for democracy in neighboring Myanmar, where a coup recently installed a military government. In the protests following the coup, activists in Myanmar gave the three-finger “Hunger Games” salute of resistance favored by Thai protestors. Showing solidarity in return, protests in Thailand resumed to the soundtrack of clanging pots and pans, the method of dissent used by protestors in Myanmar.

Thailand and Myanmar join Hong Kong and Taiwan as two more countries in Asia where democratic movements have recently taken hold. Online activism by protestors has created strong bonds between organizers in the four countries and led to the formation of the so-called Milk Tea Alliance, which recently got its own Twitter emoji — a white cup set against a background of milk tea colours from the countries where the alliance initially formed. Roger Huang, a lecturer on political violence at Sydney’s Macquarie University, says that “the milk tea alliance could potentially turn into a genuine transnational anti-authoritarian movement.”

Despite the COVID-19 pandemic and the lèse-majesté law leading to dwindling numbers, the protests of this last year have made great progress in changing public perception of the monarchy and differ greatly from past civil unrest in Thailand. Dr. Tamara Loos, a professor at Cornell University’s Department of History, notes that today “Thai citizens openly challenge the role of the monarchy in Thai cultural and political life, which reveals a revolutionary cultural shift. Self-censorship and lese majesté laws that once prevented Thais from publicly expressing their concerns about the role of the monarchy in politics no longer apply. The institution of the monarchy is now subject to public debate and discussion.”

“We’ve never really had a movement from the bottom up like this,” TS said. “The younger generation definitely has a very different view on the place of the monarchy in Thai society that kind of spreads out to other generations as well [through the protests], and people on the fence are maybe reconsidering or at least reflecting on why they have always had those views.”

Though protests are still happening, their demands have shifted to the return of their jailed leaders rather than the initial lofty goals of reforming the monarchy. Without clear leadership or direction, the campaign is losing steam and at risk of dying out. According to Dr. Tamara Loos, a likely scenario is “a continuation of protests and arrest of its leaders until the movement is drained of momentum,” followed by “a future conflict between those who want genuine change in Thailand’s political institutions and the military.”

“In the shorter term there’s not really a solution; we’re kind of stuck in a gridlock, but I think there’s been a shift internally and we’re going to see that definitely come out as real changes in the next 10 or 20 years,” TS said.