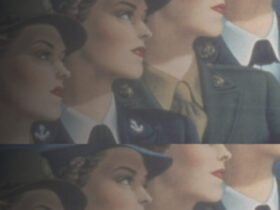 Major Issues and Recommendations for a Stronger US Cyber Defense Capability

A comprehensive report recently released by Mandiant, a private information security firm, has confirmed China’s expansive cyber espionage operations against US private industry. This report has aroused debate in the public sphere regarding US cyber vulnerabilities. However, state-sponsored cyber espionage has been well documented as early as 2006 and has resulted in at least hundreds of terabytes of data theft (Mandiant 2013, 20). The main perpetrators have been identified as China, Russia, France, Israel, and most recently, countries in the Middle East such as Iran (Booz Allen Hamilton 2012, 8). Due to the increasing number of monthly cyber attacks on US economic interests, information security professionals in the private and public sectors have criticized the US Government’s inability to effectively address this growing concern. While the threat of catastrophic cyber warfare is often overhyped, the threat of economic espionage through cyber attacks is not, and public criticism of US cyber security vulnerabilities is valid.

Cyber espionage endangers America’s global economic prowess and national security. China, Russia, and other states continuously steal many years worth of R&D from private US companies to expedite their economic development. It is estimated that these efforts to increase political and military power via cyber espionage have resulted in the loss of tens of billions of dollars from US firms (Nakashima 2013). If left unaddressed, this growing threat could result in the theft of sensitive trade secrets that would severely impact national security, especially if the companies and data involved contain sensitive military secrets such as classified aircraft designs.

One of the greatest challenges in addressing cyber espionage is the current lack of effective attribution methods. This critical absence of sufficient detection techniques allows both state and non-state actors to conceal their roles in cyber espionage and therefore avoid public reprimands from the US Government and the international community (Economist 2012). In Russia, for example, the unique nexus between government, organized crime, and business makes Russian cyber attacks very difficult to track, especially since the government purportedly employs underground youth hacking networks to achieve its cyber espionage objectives (Smith 2012, 3). The US Government needs to increase its coordination efforts with private industry to develop more sophisticated cyber attack attribution techniques in order deter state actors from committing further economic espionage.

Efforts at collaboration between US Government entities and the private sector are hampered by a secretive and inconsistent US cyber policy. The Obama Administration has apparently begun drafting internal cyber security policy and has directed certain agencies, such as the Department of Homeland Security, to allocate more funding for cyber security initiatives (Sanger and Shanker 2013). However, many outside experts have indicated that the US Government and the private sector are not sufficiently collaborating to ameliorate the cyber threat (Wolf 2012, 11). The US Government cannot expect private businesses to defend themselves against the penetration efforts of foreign intelligence services. Therefore, policymakers and private industry leaders need to forge closer relations, develop a more coherent cyber defense policy, and share information regarding current threats and trends to provide for a stronger US cyber defense capability.