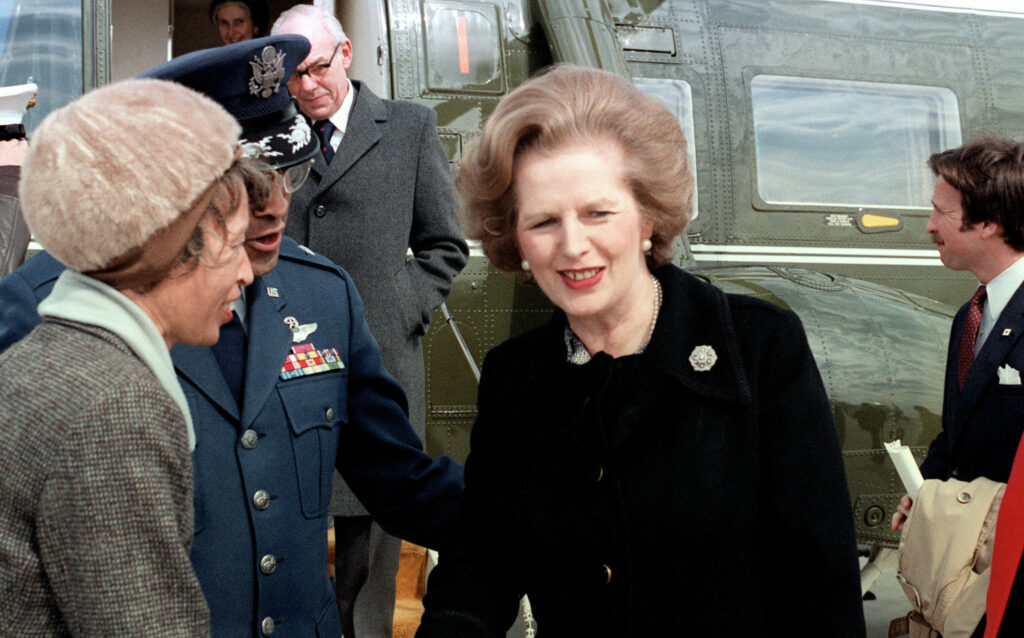 The Lady’s Not for Turning: Paying homage to the Iron Lady of IR

19,000 seats, with more than two-thirds empty — this was the scene at President Donald Trump’s June rally in Tulsa, Oklahoma.

This poor turnout was largely attributed to the organizing efforts of K-Pop fans in the digital space, who had registered for dozens of tickets without any intention of showing up. The call to action began with a video on the online streaming platform TikTok encouraging protest against Trump, followed by mass-tweeting and the online spread of information about this initiative throughout the fandom. This online campaign became a shining example of the power of K-Pop fans and garnered the recognition of leaders such as Representative Alexandria Ocasio-Cortez, who lauded K-Pop fans for harnessing the power of digital organizing to contribute to “the fight for justice”.

This relationship between the K-Pop fandom and activism demonstrates a unique underlying theme of social justice in the popular music genre. In K-Pop, the genre’s idols are often obligated to set a positive image for their fans. That includes contributing to notable and necessary causes. For example, the seven-member South Korean boy band BTS is well-known for promoting positive messages of self-empowerment, anti-racism, and inclusivity. And when it comes to demographics, the majority of K-Pop fans tend to be politically liberal and people of color. Given these facts, it is no surprise that this fandom has wielded its digital power against Trump.

According to CNN, K-Pop fan activism works as a comprehensive ecosystem. Activism within the community is a highly strategic process, as K-Pop fans bring the same energy they use for promoting their idols online to organizing around social issues. Fans use algorithms on Twitter and other social media platforms to wash out hateful messages, raise awareness of important issues, and translate online efforts into real-life action — as seen with Trump’s Tulsa rally. This recent effort has led to greater awareness in American media of K-Pop’s impact on American culture and politics.

Yet, K-Pop is not only relevant as a politicized genre in the United States, but on an international scale as well. In recent years, K-Pop has made global headlines for its rapid rise as a cultural phenomenon — both in Korea and around the world. With K-Pop stars performing at the Olympics and its fans becoming increasingly involved in U.S. politics, the genre has adopted global political significance. While many media outlets have acknowledged K-Pop and the genre’s fans for their unique contributions to political activism, it is important to note that K-Pop is a product of globalization, and is, therefore, no stranger to global politics.

This includes being a source of political dispute on the international stage. One of the most well-known K-Pop controversies — starring Taiwanese member Chou Tzuyu of South Korean K-Pop girl group TWICE — highlighted the “One China” conflict between mainland China and Taiwan, which stipulates that Taiwan is a part of China. In 2016, then-16-year-old Chou waved the flag of Taiwan on a South Korean variety show. In response, a pro-China Taiwanese singer named Huang An posted the image on the Chinese social media site Weibo, where he accused Chou of promoting “Taiwanese independence.”

Reports quickly surfaced about the suspension of TWICE’s activities in mainland China. Chou later apologized for the situation in a video that featured the young popstar looking contrite and reading a scripted apology from a slip of paper. She read: “There is only one China. The two sides of the Strait are one. I have always been proud to be Chinese.”

The incident was met with backlash from both mainland Chinese and Taiwanese citizens. Some citizens of mainland China echoed that, given its political connotations, Chou should not have waved the flag of Taiwan. In contrast, the Taipei Times reported that many Taiwanese were angered by the perceived slight against the nation, saying that the teenager did not need to apologize for simply waving a flag.

Josh Horwitz of Quartz wrote that, for the Taiwanese people, Chou had become a “symbol of the island’s civic pride.” Cindy Sui of BBC analyzed the impact of Chou’s apology on Taiwanese politics, stating that in Taiwan, many viewed the situation as only another example of mainland China attempting to intimidate the small nation. In this case, K-Pop may have influenced the political outcome of the island, as Chou’s video was publicly released only one day before the Taiwanese election that year. While scholars acknowledged that the pro-independence Tsai Ing-wen would most likely have won the race for president without Chou’s controversy, the K-Pop star’s apology only fueled desires for Taiwanese independence further.

But this instance was not the first, or the last time, that K-Pop would emerge as a political and cultural force. Other members faced similar controversies in later years. One Japanese member of TWICE, Mina, fueled conversations about the role of entertainment in politics after she was spotted wearing a fan-given hat featuring Japan’s Rising Sun flag, a symbol of Imperial Japan that serves as a painful reminder of Japan’s history before and during World War II. Another member, Sana, was called out for expressing national pride for Japan’s Emperor Akihito, upsetting some South Koreans, many of whom perceived the gesture as insensitive due to South Korea’s colonial past under Japan.

While TWICE members may have witnessed more of these conflicts due to their status as one of South Korea’s top girl groups, these political disputes are not limited to one group. Korean American Tiffany Young, well-known for being a member of the popular group Girls’ Generation, faced a similarly tricky political situation when she was removed from a South Korean variety show after posting a Japanese Rising Sun flag on social media. Furthermore, popular “Gangnam Style” singer PSY publicly apologized after performing anti-American rap lyrics that critiqued American troops serving in Iraq.

As a globalized genre with many idols coming from outside of South Korea, as well as an inherently strategic tool of South Korea’s “soft power,” K-Pop, like other mediums of entertainment, has never been isolated from politics. While there have been many cases of K-Pop stars being criticized for their inadvertent political actions, that is only one manifestation of K-Pop’s power as a political tool. Despite all the political controversies that have been associated with the genre’s stars, K-Pop has also emerged as a force for global diplomacy and conflict resolution.

In 2018, South Korean girl group Red Velvet performed in Pyongyang, North Korea, a relatively unprecedented televised endeavor that acted as a notable cultural exchange between the two nations. In 2017, South Korean president Moon Jae-in gifted a signed album of South Korean boy band EXO to the Indonesian president’s daughter as a form of goodwill for the K-Pop fan. In another global diplomatic encounter, President Trump’s daughter Ivanka posed for a photo next to EXO members at the 2018 Winter Olympics, a key symbol of K-Pop’s potential for facilitating positive diplomatic relations.

These case studies of K-Pop being utilized in a strategic sense highlight the fact that K-Pop, both through its stars and its fans, has become fundamentally intertwined with politics. Public diplomacy scholars and practitioners increasingly recognize how music and art serve as important tools of foreign policy, historically and currently.

K-Pop, by its very origins and nature, has always been political, and its fans have influenced the outcomes of international politics in unprecedented ways. The intersection of a musical genre with political activism has, in turn, given rise to conversations about the controversial role of fandoms, which has transitioned from a focus on common interests to a forum for common action. Yet beyond being a site of political debate for the international community, K-Pop has the potential to be a positive force for social, cultural and diplomatic change.