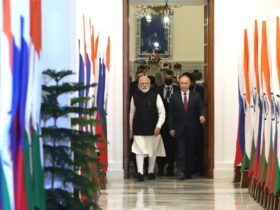 Ever since the Ukraine crisis and the annexation of Crimea in 2014, US and NATO relations with Russia have been frozen, including the NATO-Russia Council (NRC), arguably the most valuable tool of NATO-Russian cooperation. Its function is essential to build trust and confidence through shared institutions. In March 2014, sanctions were imposed on Russian officials and NATO Foreign Ministers suspended the NRC, stalling “all practical civilian and military cooperation between NATO and Russia.” As the US and Russia have a number of shared interests, the revival and enhancement of cooperation would benefit both countries tremendously. The US should take two steps to build a constructive and sustainable foreign policy towards Russia: resuming diplomatic relations in the NRC and cooperating in the field of information systems.

Even before the Ukraine crisis, lack of trust and suspicions between Moscow and Washington were a main reason for recurring crises and tensions in the region. Before the crisis, the NRC allowed open communication and cooperation on common interests such as counterterrorism, building trust and increasing efficacy in endeavors of common concern. The current suspension of the NRC undermines this consultation and cooperation between Russia and NATO. Fighting the imminent international threat of ISIS and solving the ongoing conflict in Eastern Ukraine could be more effective if the NRC’s diplomatic and military tools were reinstated.

As a second pillar, next to the (resumed) NRC, further expansion of NATO-Russian cooperation is in America’s national interest. Distinguished military fellow at the Carnegie Moscow Center’s Nonproliferation Program, Vladimir Dvorkin, proposed that the US should seek rapprochement with Russia and pursue “computer-assisted joint missile defense exercise[s].” This increases the effectiveness of both countries’ intermediate-range ballistic missiles interception and embeds Russia into a greater Atlantic-European community—crucial for long-term stability. A Western-oriented Russia that shares operational systems with the NATO leader is less likely to carry out belligerent acts in the future. Also, Russian withdrawal from arms control treaties would become more unlikely, strengthening the international law regime and security in the region. However, a joint data center with shared administrative responsibilities does bear the risk of having information on US technology leaked to Russian-friendly terrorist organization or countries such as North Korea or Iran.

Another hurdle to overcome for a constructive relationship is the power structure of future NATO-Russian or US-Russian cooperation. Previous attempts to engage in data sharing failed due to mistrust on Russia’s side about the US domination of NATO-Russian relations and negotiations. Barack Obama initiated a “reset” of US-NATO relations to let both parties rethink their strategies. Although the US administration now further takes into account Russian concerns, the latter still does not perceive itself as an equal partner. Therefore, the US should further “rethink” its position in NRC negotiations and be more accommodative of Russian interests.

A number of issues on the security agenda of NATO, the US and Russia must be tackled in the near future, and are most effectively addressed through established diplomatic channels; moving beyond the current freeze is vital. Fundamental questions to be solved include arms reduction treaties and the ongoing Syrian civil war.

In June, Vladimir Putin announced the addition of 40 intercontinental ballistic missiles (ICBMs with 3,400 miles range) to Russia’s nuclear arsenal by the end of 2015. Both Russia and the US are bound by the 1987 Intermediate-Range Nuclear Forces Treaty, INF, and the 2010 New Strategic Arms Reduction Treaty, New START. According to some US sources, Russia’s use of its R-500 cruise missile exceeds the 300 miles range granted by the INF Treaty, constituting a breach of the agreement. Contrary to these sources, Russia claims that the R-500 is equivalent to US land-based SM-3 antiballistic missile. This “current nuclear hysteria” and fears of confrontation between the US, NATO and Russia appear to be ungrounded, partly because Russia would suffer significantly more if a new arms race were to happen.

More recently, incumbent US Defense Secretary Ash Carter distanced himself from Russia’s operation, claiming that Russia will pay for its airstrikes in Syria as resentment is growing in the rebel-supporter Saudi Arabia. Recent terrorist attacks by ISIS in Syria, the Sinai and Beirut, however, worsened the situation and currently pressure the US and Russia to overcome disagreements on alliances in the war and take immediate action.

Irrespective of whether targeting immediate threats such as ISIS or developing a long-term policy for the Atlantic-European region, US foreign policy towards Russia through NATO should be aimed at softening the fronts between the two camps to ensure and possibly enhance national security. At the same time, the US should reassure NATO members to improve confidence in the defense alliance, especially after NATO only provided limited military assistance in the Ukraine crisis. The dismissal of the INF Treaty or New START, however unlikely, could provoke a renewed arms race and increase instability. Therefore, norms of the international law regime on strategic and non-strategic nuclear arms reduction should be protected and strengthened.

Focusing on the benefits of cooperating with Russia and of a NATO-Russian rapprochement through the NRC allows greater Europe to go beyond the “post-Crimean” security discourse of frozen diplomacy and cooperation. For a political solution to the Ukraine Crisis, the NRC should operate as a facilitator of negotiations between Russia, Ukraine and NATO members. US openness to Russia’s concerns is instrumental for Russian commitment not to carry out irredentist interventions in the future and to give more consideration to international law. Embedding Russia in Europe’s security architecture as an equal partner through cooperation in information systems is a viable path towards stability and a post-Crimean chapter in European security.