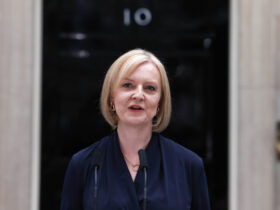 Liz Truss Resigned: What is Next for the United Kingdom?

BISHKEK, KYRGYZSTAN – According to World Bank Governance Indicators, since achieving independence in 1991, Kyrgyzstan has consistently ranked in the bottom quarter of all countries in terms of political stability, a fact that is not surprising for a nation that has had three revolutions and ten different versions of its constitution in the last 30 years.

Kyrgyzstan’s first constitution was adopted in 1993 under Askar Akayev, the country’s inaugural president. This constitution established a government that split power between Akayev and a unicameral legislature; Akayev quickly moved to expand his role by holding referenda in 1996, 1998 and 2003 that allowed him to appoint high-ranking officials without legislative approval, take control of Kyrgyzstan’s foreign policy agenda, and undermine the power balance by bouncing the legislature back and forth between a bicameral and unicameral structure. In 2005, allegations of corruption in parliamentary elections sparked a protest movement that would come to be known as the Tulip Revolution and resulted in Akayev being forced from office.

Akayev was replaced by Kurmanbek Bakiyev, who garnered the support needed to win the election by making promises to return to a parliamentary model of government; he did so in 2006 but less than a year later used a referendum (whose results are considered to be falsified) to institute a presidential constitution that essentially reverted the government to its structure under Akayev. Following his re-election in 2009, Bakiyev continued transferring governmental powers to his office directly or to agencies led by his supporters.

Bakiyev’s blatant power-grabbing bred discontent in the general population and led to nationwide protests in 2010 that resulted in him fleeing and installing Roza Otunbayeva as interim president. She implemented a new constitution that was a complete reversal of Akayev and Bakiyev’s governments; it significantly decentralized power and stripped the executive’s office of many of the capabilities it had acquired over the previous two decades by returning them to their original homes with the prime minister and legislature. Two particularly striking blows to the president’s power were the restriction to a single six-year term and the loss of the ability to initiate legislation.

Almazbek Atambayev was inaugurated as president in 2011 in Kyrgyzstan’s first democratic transfer of power. Perhaps having learned from Akayev and Bakiyev, Atambayev did not seek to retain power in as bold a manner as they had — though his attempts backfired in a similarly spectacular fashion. Rather than changing the constitution to give himself more power, Atambayev’s 2016 referendum further reduced the president’s power while increasing that of the prime minister, intending to eventually take that position for himself.

Before the end of his term, Atambayev placed his supporters in positions of power within the government and heavily backed the presidential bid of Sooronbay Jeenbekov — who won the 2017 election because of this endorsement — because he believed Jeenbekov could be controlled. However, a breakdown in their relationship resulted in Jeenbekov removing Atambayev’s allies from government positions and amending Kyrgyz law so that past presidents could not hold state positions without losing presidential immunity. After publicly criticizing Jeenbekov and the Parliament for this, Atambayev was stripped of presidential immunity and accused of a host of crimes, including corruption and illegally releasing criminals. An operation to arrest Atambayev resulted in an officer’s death and the addition of charges (including murder and organizing mass riots) due to his resistance efforts; he has since been sentenced to 11 years in prison. Though Atambayev was the first president to take power peacefully, he could not let it go the same way, further perpetuating the cycle of instability in Kyrgyz politics.

Jeenbekov’s tenure as president lasted only three years and ended due to Kyrgyzstan’s third and most recent revolution, provoked by parliamentary elections in October 2020. Rumors of vote-buying and fraudulent voter registration were rampant in the lead-up to the election; Jeenbekov dismissed these as false, but the election results clearly favored the parties associated with election tampering. Peaceful protests quickly turned violent and led to Parliament annulling the results just two days after they were announced. Jeenbekov then went missing for several days, only to emerge a week after the election was annulled to announce his resignation.

The presidential election, held in January 2021 to decide Jeenbekov’s successor, was won by current president Sadyr Japarov. Japarov’s ascendancy to president surprised many as he had not been a particularly standout politician prior to his meteoric rise. His success can largely be attributed to a framing of the uprising as an anti-elite, anti-status quo movement that sought to return power to the people. Japarov garnered support from the masses by pushing populist ideas such as nationalizing natural resources and plans to redistribute wealth. Additionally, he was aided by his reputation as an “ordinary guy,” which diverged from the rest of the political elite associated with the corrupt government.

Though he has only been in office a short while, Japarov has already significantly altered the structure of the government. A referendum held just three months after he was elected returned the country to a presidential system that gave the office of the executive more power than it has ever had. The president can now appoint and dismiss judges and other high-ranking officials, strip parliament members of political immunity and initiate laws and referendums. The new constitution greatly erodes the system of checks and balances by giving the president significant leverage over the other branches. The term limit was also amended to allow a president to be reelected to a second term.

The other major power shift included in the new constitution is the bestowing of significant political power on the Kurultai, an unelected assembly that previously served solely as a consultative body. The Kurultai, which has historically been composed of elders and elites, now can suggest the removal of government officials from office, appoint judges, and propose new laws. It is essentially a duplicate of Parliament, but one that is solely under the control of the President and is unbeholden to voters. Members of the Kurultai tend to be more conservative and orthodox and would likely pass spiritual and moral laws to create a legal basis supporting the shift to traditional values that Kyrgyz culture has already been experiencing over the last few decades. This latest form of the constitution represents a dangerous step back toward a government that is functionally authoritarian and under the complete control of the President.

The political instability and constant constitutional changes Kyrgyzstan has experienced over the past 30 years have had a profoundly negative impact on the nation’s people. According to Saniaa Toktogazieva, Associate Professor at the American University of Central Asia, “there is an unprecedented level of legal nihilism” in Kyrgyzstan today due to the country’s history with politics. The ceaseless shifting of government structure and policy — along with the uneven implementation of the law and the lack of compliance by government officials — has caused people to become increasingly distrustful of the government and legal system. The law is only as powerful and effective as people’s belief in it, and in Kyrgyzstan, that belief has been steadily worn down. When there is no trust in the law, people fall back on social and religious norms, resulting in an increasing Islamization of the population and a return to traditional values.

Kyrgyzstan is at a turning point in its political history. It can either become a country guided by religion and conservative principles or live up to its reputation as the beacon of democracy and freedom in Central Asia. Only time will tell which path it will take.