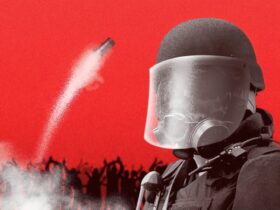 BISHKEK, KYRGYZSTAN — Beaten, bruised and silenced; this was the fate of Kamil Ruziev, a human rights defender and lawyer based in Issyk Kul, Kyrgyzstan, placed in prison on bogus charges of fraud and forgery of government documents. The irony, however, is that Ruziev works closely with victims of both domestic violence and prison abuse, ultimately experiencing the latter after two decades of work as a pioneer of human rights advocacy in the region and head of the human rights organization Ventus.

The Kyrgyz Republic, a landlocked country roughly half the size of California, is known as the island of democracy in Central Asia. With the People’s Republic of China to the east, Russia to the north and Afghanistan to the south, this country is surrounded by major players on the world stage. Kyrgyzstan’s Soviet legacy can still be considered fresh, breaking off from the USSR in 1991 with the four other Central Asian republics to enter a new Commonwealth of Independent States (CIS). Although the country does not act as a pawn to its nearby superpowers, its Soviet past continues to haunt aspects of its judicial system and political institutions.

The so-called “island of democracy”, however, is troubled with issues such as domestic violence, prison violence and a lack of freedom of speech. While Kyrgyzstan may be more free compared to its neighboring counterparts such as Tajikistan, Uzbekistan, Turkmenistan and Kazakhstan, countless human rights defenders such as Ruziev advocate for greater reform.

In May 2020, Kamil Ruziev was detained by the employees of the State Committee for National Security in Karakol. While at a temporary detention center in Karakol, Ruziev went on a hunger strike, only taking the pills he needed for his acute bronchitis.

While visiting Kyrgyzstan in May and June of 2022 with other USC students, our group was able to hear Ruziev’s personal anecdotes about his time in jail, his continued commitment to human rights activism and his thoughts on the future of Kyrgyzstan.

Ruziev described his time at the detention center, explaining the torture he faced. He explained how he was cornered upon entry to the facility and later surrounded by guards and beaten to the ground by policemen using batons. Ruziev sustained a severe head injury and multiple fractures.

(The interview with Ruziev was conducted in Russian and all quotes are translations).

“I was attacked for my work on domestic violence and prison reform. There is no other explanation for how badly I was treated, and why I am in this predicament” Ruziev said.

Azimjon Askarov, a human rights defender who was arbitrarily arrested, beaten in prison and later convicted, ultimately passed away while serving a life sentence in June 2020 in Kyrgyzstan. Many human rights advocates in the region fear the same destiny for Ruziev if his case is not solved.

In Askarov’s case, the government changed the narrative about his work, arguing his Uzbek nationality led him to commit politically motivated acts of violence. These false charges came about during the June 2010 inter-ethnic conflict in southern Kyrgyzstan between Uzbeks and Kyrgyz people. Due to Ruziev being ethnically Uyghur, there is cause for concern that his case would be spun around ethnicity, similarly to Askarov’s.

Ruziev said, “When I begin to defend other nationalities, such as Uyghurs or Uzbeks, I understand even more the capacity of the situation. As I defend other groups, step deeper into the issues in the system, I am followed closely and surveyed by the government. They do everything they can to keep this off of social media, to avoid creating a conversation about this in the public.”

Ethnic tensions are nothing new in Kyrgyzstan. The Ferghana Valley has been shared by Tajiks, Kyrgyz and Uzbeks for centuries, with ethnic tensions present throughout the Central Asian region. Domestic policy in Kyrgyzstan has often been built around these tensions with political powers either further dividing ethnic groups or attempting to minimize ethnic clashes.

Although ethnic tensions exacerbate many cases like Askarov’s, Ruziev explained that there was another component to the judicial system that is sometimes overlooked: the impact of being in the middle class, the bourgeoisie.

“[Authorities] try to scare those that I defend. They are scared of the government because they are working class. When you are working class, you have much more to lose. You feel like you have no power. These people need to be defended. I think being in the bourgeoisie impacts my case more than my Uyghur ethnicity.”

Ruziev further explained that, “As a Uyghur, we have nothing that connects us to being Uyghur in Kyrgyzstan. We have no history books, nowhere to learn the language. We are losing our identity. There is nothing on television about being Uyghur, like there once was.”

During our group’s two meetings with Japorov’s presidential cabinet, they outlined the move away from Russian and other languages and towards supporting the Kyrgyz language.

Ruziev agreed, saying, “There is a clear political game that Kyrgyzstan is playing here. Kyrgyz is being emphasized more and more. They are emphasizing documentation to be in the Kyrgyz language, so that there is a stronger sense of nationality, and that others in the country assimilate.”

Sadyr Japarov, who has been the President of Kyrgyzstan since January 2021, once fled to Cyprus in 2013 after supporting protests against the Kumtor Gold Mine in Karakol. After returning in 2017, he was detained and sentenced to 11 years in prison. In 2018, Japarov founded the Mekenchil political party while still in prison and was ultimately released in 2020 during the revolution.

However, Japarov’s presidency has not proven optimistic for many Kyrgyz people. Ruziev commented on this, saying, “When [Japarov] was in prison, he was beaten, and this was very clear. He had cuts on his neck. He was able to see the system from the inside. Kyrgyz people had faith that when Jaropov would be president, he would support freedom of speech and achieve prison reform. But nothing happened. Still, they do not support people with disabilities or health conditions who are rotting in prison. This in itself is a violation of human rights.”

Despite his case and the odds being against him, Ruziev continues to be optimistic. With the international community on his side and several pleas for his case to be dropped by the United Nations and Human Rights Watch, Ruziev has a support system.

“Social media is incredibly helpful. On Twitter, Facebook, I don’t know who these people are. I have interacted with people who I have never met. Even [Professor Steve Swerdlow], I only met him today, but through social media he was able to hear about my case and meet with me. International organizations know my case. My son, a journalist who speaks good English, helps me communicate with people who can help.”

On a political level, Ruziev explained that other countries have greater leverage. “Kyrgyzstan is dependent on donors to support the government and the country. It is dependent on [America], on other International players. The government is heavily impacted by a lack of donors, increase of sanctions, and more. All of which can help me and other defenders.”

Ruziev continues to be committed to his work as a human rights defender. He explained that what keeps him going is, “Faith. My entire career is helping others. I get through these tough times by remembering the others I need to help, and how they have no one else to help them. They trust me, and trust is the most important thing. We need to help people, no matter what happens. Trust is crucial.”

As of August 12, Ruziev was acquitted on fraud and forgery charges, as the new Ombudswoman of Kyrgyzstan, Atyr Abdrakhmatova, confirmed his acquittal. With help from the UN special rapporteur on human rights defenders Mary Lawlor, Human Rights Watch and Bishkek-based Equal Rights Coalition, Kamil Ruziev is finally a free man who can continue his unparalleled work on human rights in Kyrgyzstan.

Sasha Benke is a senior at the University of Southern California majoring in International Relations and minoring in Economics. Sasha is passionate about journalism, having been a staff writer and copy editor for her high school’s newspaper, The Burlingame B, and a political science and travel contributor to the Foothill Magazine at Foothill College. On campus, Sasha is a member of Kappa Alpha Theta and the Russian Club. She loves languages and writing, and enjoys exploring the power of the written word in different cultures. When she is not writing, she is probably taking photos of her friends and her dog, or playing volleyball on the beach.