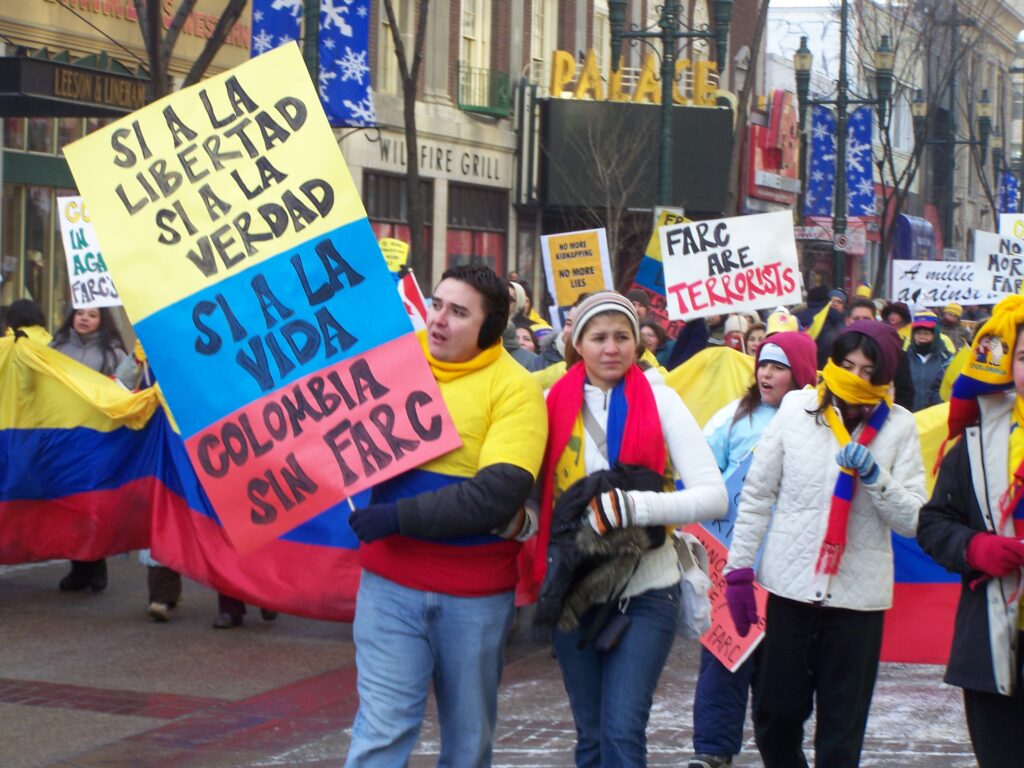 When I told my peers I would be embarking on a trip to Kyrgyzstan, their first question was, “what on Earth is that?”. From outhouses to striking embassies, my personal experience on the USC Maymester to Kyrgyzstan in May 2022 was a cultural exchange success story. However, that shouldn’t detract from the several obvious and sometimes blurred consequences of an organized school trip abroad. The student abroad experience cannot be glorified as solely a stepping stone to greater, selfish experiences; rather, the student abroad must completely immerse themselves into the culture of its country, reflecting on their own experience of growth while avoiding acting as a transient in a world where privilege is the reason for their exposure in the first place.

The regular student abroad will most likely choose to seek the familiar, like the Paris or Brussels Maymester offered through USC. There is an obvious appeal to these programs; they can be much more convincing to parents than the less-developed world, and for students, a lowered drinking age. Yet, seeking comfort has never taught anyone a new outlook on life.

Most students abroad travel with a friend, live with mutual USC students and socialize within their school bubble, giving them little space to form relationships with the host culture. Oftentimes, the imposition of a language barrier from a lack of time on Duolingo before the trip, or misunderstandings in different social settings in the new country, deter the student from ever forming relationships within the host culture. Although there is nothing wrong with building relationships within the student cohort, the entire purpose of a trip abroad should be to feel completely immersed in a country, leaving with a cultural exchange that may not have been possible in the United States.

Although I have to admit that as a fluent Russian speaker, I had a clear advantage in Kyrgyzstan. I was able to speak to local taxi drivers about their life, meet entrepreneurs smoking cigarettes next to bushes and conversate with diplomats who become more intrigued as they hear the language they also know. But for most of the students on our trip, the language barrier served as an obstacle to interacting with Kyrgyz people, and mastering the Russian language in particular is no easy feat.

One of the greatest issues with students studying abroad, regardless of the host country, is a lack of preparation that results in a culture shock. A person cannot fly to the opposite end of the Earth to expect Western ideals to prevail in a Eastern society, and problems arise when the expectation is as such. After our group met with the interim Charge d’affaires Sonata Coulter in the U.S. Embassy in Bishkek, her word of advice was to act as “mini-diplomats”. This is an important thing to remember when abroad, as many Kyrgyz people we encountered had never met an American before. It is crucial for us, as students, to uphold American values abroad, finding common ground without forcing our Western ideals on others. We must empower ourselves and the people around us, without making people in the host country feel as though we are their savior.

On top of this, students must be prepared for the different language, culture and food they will encounter abroad. This means presentations on basics of the host country’s language, explanations of recent conflicts in the host country, social etiquette and more. A student must know how to handle conflict in the host country where disputes are handled differently. In many places of the world, being openly a member of the LGBTQ+ community, or having more liberal political leanings, can get you into big trouble. These expectations must be set before a trip abroad and students must understand the implications of their decision to travel.

At the same time, it is important to set expectations about our purpose studying abroad. While this includes going out of your comfort zone and straying away from solely interacting with peers from school, it also means leaving less room for an off-brand “white savior complex” masquerading as a study abroad program. It is important not to cross the line of cross-cultural communication by assuming we left the country better off than we found it.

We also, as students abroad, cannot see ourselves as transients in the world when financial privilege is the reason for our opportunity. U.S. higher education is expensive, to say the least, and students are the customers. From specialized housing with mini fridges to counseling support, American students are used to a level of comfort in their dormitories and off-campus apartments that is not afforded abroad. This pervasive consumerist mentality bled into the American University in Central Asia, for example, where my peers felt most comfortable speaking English to other students and living, as it resembled university back home. But, the real problems of entitlement don’t arise when expectations in the United States are not met. After all, USC especially, while high in tuition, affords its students dozens of opportunities that are not given anywhere else, like a loyal and tight alumni network or generous financial aid, to name a few. Many aspects of the USC education make the cost of education arguably worth it. However, it is the “non-glamorous” trips to Kyrgyzstan, like the one I was a part of, that give students a unique opportunity to grow and come back to the United States with a different perspective, valuing their American education and eager for greater cross-cultural awareness. We must seek to learn from our host country, not impose and assume the same level of privilege we are given in the United States.

The Importance of Support from Higher Education for Experiences Abroad

Professors Steve Swerdlow and Robert English were the USC faculty who led our class throughout our trip, and they did an excellent job. But their work did not start on the ground in Bishkek, and rather began in meetings at the Dornsife Department, repeatedly arguing the validity and purpose of the trip. Professor Swerdlow in particular, a human rights lawyer and Central Asia regional expert, sought out to create a Maymester to Central Asia from the day he stepped foot onto USC’s campus. His mission was to educate USC students in a region unfamiliar to most in the United States, as many International Relations classes in the U.S. can be overly focused on conflicts in Western Europe. This should be the goal of higher education:  demonstrating a commitment to creating new experiences and incredible opportunities for future leaders.

By allowing this Maymester to occur in the first place, USC allowed its professors and its students to spread the name of the university abroad, in parts of the world where many students learn English with the sole purpose of receiving higher education in the United States. In most countries in Central Asia, English is only recently becoming a more prominent language, as young intellectuals strive to bring what they learned in universities abroad back to their home country. In Kyrgyzstan specifically, many young students we met dreamed of visiting Los Angeles and the Hollywood Walk of Fame, while staying incredibly loyal to their native country. These types of students would bring a different perspective to USC and other U.S. universities. As a result, there is an advantage for the universities themselves in letting its students have opportunities in places like Central Asia.

More broadly, by allowing its students to spend their May abroad, USC has opened a channel for more open-minded students to enter the following semester. I, for one, gained not only a greater perspective on life, but a profound respect for Central Asia and Kyrgyzstan. I seek to learn more about the region, its relevance on the world stage and the various cultural overlaps it has with the West. The Maymester allowed me, as well as many of my peers, to envision a future career with an emphasis on the region that may not have happened otherwise.

My experience in Kyrgyzstan was not the equivalent of my time in Italy last summer where I brought back the concept of eating dinners later in the evening and taking siestas during the day; it was much more than that. Kyrgyzstan didn’t just leave me with a stomach full of plov or pictures of men riding on horseback playing goat polo; my trip taught me the importance of seeking discomfort, meeting new people unlike myself and participating in experiences that I would never have in the United States. I also learned from my own mistakes, knowing that I could have complained less about random circumstances or immersed myself even more. But overall, I came back home with a greater perspective on life, an even richer curiosity and a deep appreciation for the opportunities I have in the United States. My study abroad experience in Kyrgyzstan was successful, but that doesn’t mean our trip was perfect by any means. And, with a slight twist on outlook, a future Maymester to Kyrgyzstan through USC, as well as other Maymesters and university study abroad programs, can be improved and have a greater, more targeted cross-cultural impact.

Sasha Benke is a senior at the University of Southern California majoring in International Relations and minoring in Economics. Sasha is passionate about journalism, having been a staff writer and copy editor for her high school’s newspaper, The Burlingame B, and a political science and travel contributor to the Foothill Magazine at Foothill College. On campus, Sasha is a member of Kappa Alpha Theta and the Russian Club. She loves languages and writing, and enjoys exploring the power of the written word in different cultures. When she is not writing, she is probably taking photos of her friends and her dog, or playing volleyball on the beach.