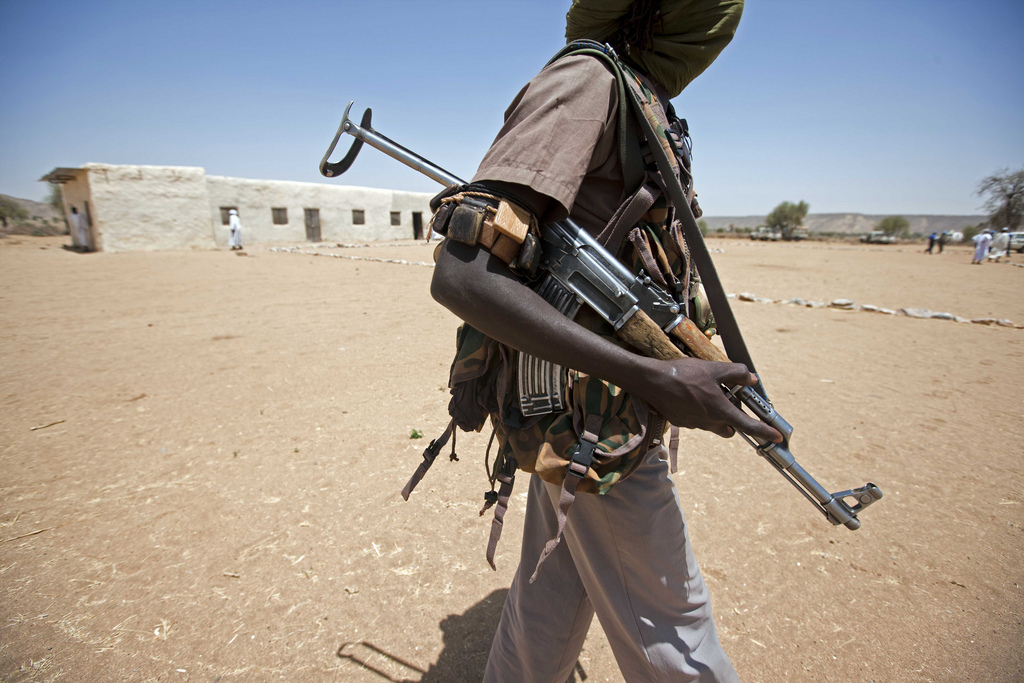 Pandora’s Box and The Geopolitics of Climate Change

MADRID, SPAIN – “When I first moved to this flat, I had money. All of my daughter’s friends grew up with money,” said my host mother in Spanish, rubbing her fingers together in the universal sign for cash. “But now…” she said and gestured toward me. I was an American student studying abroad, paying her (through my university) to house, cook and clean for me while I gallivanted around the continent. She had agreed to take me in because she needed the money, and I represented how her small business could no longer support her family.

As cost of living climbs, lower classes are facing new class conflict in Spain, a country already struggling to find its footing after the 2008 financial crisis and the global pandemic. The war in Ukraine has impacted the entire world’s food supply and cost of living, but Spain faces among the highest hikes in prices of anywhere in the EU.

According to the OECD’s economic snapshot of Spain, the onset of conflict in Ukraine has affected the Iberian Peninsula, much like the rest of Europe, “via increased energy prices, disruption in production chains and higher uncertainty.” Reuters reports that annual inflation in Spain surpassed 10% for the first time in almost four decades.

Transport costs have risen by almost 20%, electricity has increased 33% and tourist accommodations like hotels have risen by 45%. Eating and drinking in Spain is 13% more expensive this year than it was this time last year, a more significant difference compared to Germany (+11.8%), Italy (+9.2%), France (+6.3%) and most of the EU. Indeed, olive oil and fruit are currently more expensive in Spain than anywhere in Europe, a considerable kick in the gut to one of the largest producers of olives and agricultural products in the region.

Spain, alongside other EU member states, is working to keep the threatened tide of recession at bay. Fuel prices in Spain have only recently begun to slightly decrease from unprecedented highs following an agreement between Spain, Portugal and the European Commission to limit the cost of wholesale electricity. The EU’s strict fiscal deficit limits will remain suspended through the next war to help absorb the economic shock of the conflict in Ukraine, and Spain’s projected public deficit is 5% of GDP in 2023. These disciplinary rules, known as the Stability and Growth Pact (SGP), typically require countries to keep public deficit below 3% and debt belo 60% of GDP, but many countries, including Spain, currently exceed these requirements since they were suspended for the pandemic in March 2020.

Despite continued emergency fiscal policy, workers across Spain are expressing their frustration with rising costs of living, which they claim exacerbates the low wages and poor working conditions that characterize typical union demands.

Last March, truckers across Spain went on strike for 20 days, wreaking havoc throughout the nation’s economy and only concluding after months of fraught negotiations with the Ministry of Transport. Almost 20,000 metalworkers in A Coruña and Cantabria began striking in early summer, calling for “recovery of purchasing power, salary review clauses to protect purchasing power, the extension of these rights to workers from subcontracted companies, the limitation of temp work and the regulation of toxic, painful and dangerous work.” Taxi drivers marched in Barcelona, and teachers strike across Catalan.

This July, two Spanish unions associated with Ryanair have voted to strike for decent working conditions and pay in the wake of spiking travel demand in recent months. In an economy that relies on tourism for around 12% of its GDP and 13% of its employment (at pre-pandemic levels), major walk-outs and delays in the top budget airline poses a significant economic threat

As economic pressures mount, strikes are catching hold across the country and across the industrial spectrum. However, the rising tide of economic protests is familiar to Spaniards.

On May 15, 2011, Madrileños rallied in the central Puerta del Sol plaza to protest dire inequality and corruption. The movement,known as 15-M after May 15, the day the protest ignited,emerged from years of tension after the 2008 recession and aimed to take down the Spanish political and judicial establishment, or “the caste.” This anti-austerity movement in Spain included weeks of camping in the city center, demonstrations in more than 60 Spanish cities, more than a million participants in protests in Spain and corresponding protests around the world, often in conjunction with other occupy movements.

15-M shook the country to its core. It destabilized the political establishment and catapulted Podemos, a left-leaning and pro-worker political party, onto center stage. Moreover, the massive protests empowered the Spanish workforce, which was only beginning to restabilize after the fall of Franco in the 80s and now was facing a bleak financial future, to demand more from their government.

My host mother remembers the global financial crisis and subsequent anti-austerity protests as a pivotal moment in her life, although she doesn’t consider herself very political. The Spanish economy had been growing rapidly before the crisis, and her small womens’ fashion boutique had been thriving. Plummeting consumer demand had slashed her income.

“People don’t shop anymore. Not at the local businesses, not like they used to,” she says. At the time I thought she was referring to life after the 2008 recession, but I realize the lament also applies to pandemic-related financial shifts.

Before my host mother could get back on her feet after the financial crisis, the pandemic trapped all of her potential customers in their homes, leaving her with no business and little means of making rent.

So she understands why Spaniards strike. Siempre hay una huelga. “There’s always a strike,” she says. “The transportation strikes, the farmers strike, always there’s a strike. But I understand it.”

As a small business owner, my host mother can’t strike for higher pay. Instead, she opened her home to a stranger (me) to try and make ends meet. About a month after I moved in, she confessed to me that her daughter, a 22-year-old law student, had been too afraid to tell her friends that an American study abroad student (me) was living in her home. My host mother explained that her daughters’ friends had money, like she used to have money, and if they knew the family needed to take in a student, then they would treat her differently.

“She’s seen how [her friends]treat people without money, and she doesn’t want them to treat her that way,” she says.

In my host family, a sharp divide still exists between the working-class empowerment against “the caste” in political spheres and the reality of class relations in practice. Protests in 2011 and ongoing strikes in the wake of the pandemic means these conversations play out on national news but rarely in the real world.

In hushed tones around the kitchen table, my host mom opens up about her experience as a small business owner and a single mother. She explains her support for strikes and her daughter’s shame for being working-class. She hints at her own frustration with her financial backsliding, careful to avoid any implication that her frustrations are directed toward me.

But our conversation thrums with the tense reality that I am paying to live in her home and that she needs the money. After her confession about her financial situation and her family’s shame at my presence, her final plea knocks the wind out of me.

“Please don’t leave,” she says. If I leave, how will she make rent?