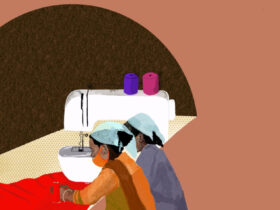 “Made in Taiwan” — this label, seen affixed to the front of masks worn by White House senior staffers, has become a fundamental symbol of Taiwan’s soft power amid the COVID-19 pandemic. James Pasley of Business Insider reported that the seemingly innocuous label — seen printed on the masks of Trump’s senior advisor Jared Kushner and White House National Security Advisor Robert O’ Brien — signaled a “diplomatic victory” for the island amid escalating tensions between the United States and China.

In recent months, Taiwan has been hailed positively for its approach to the COVID-19 pandemic. Not only did Taiwan immediately commence efforts to identify and contain the virus shortly after news broke of a new respiratory illness, but it has since implemented firm quarantine protocols and initiated endeavors to prevent the further spread of COVID-19.

Formally a part of China according to the “One China” policy, the island has attempted to subvert this narrative by challenging Beijing’s efforts to exclude it from international dialogue. Its medical diplomacy, meant to promote a positive image of the nation, has been widely praised by countries including the European Union, the United States and Japan. So far, Taiwan has not only provided the United States with 500,000 surgical masks, but has also donated masks and other personal protective equipment to countries throughout the world. This has, in turn, boosted Taiwan’s soft power and global influence on the world stage, increasing its recognition — which appears to be exactly what Taiwan’s leaders want.

With U.S. Health and Human Services Secretary Alex Azar’s recent trip to Taiwan, the island’s ploy for international recognition looks to have been effective. For the most part, this trip can be considered significant in its positive implications for Taiwan’s symbolic importance. Acknowledging and praising Taiwan for its successful response in containing COVID-19 is a critical power move for the United States relative to its relations with China — especially since Azar is the most senior official to visit Taiwan since the United States broke ties with the island in 1979 in accordance with the “One China” policy.

Yet the politics surrounding the issue are less self-explanatory. On the surface, the White House claims that this trip is meant to first and foremost celebrate Taiwan’s approach to the coronavirus. However, this visit cannot be isolated from its political significance.

Taiwan’s democratic status has aided the United States in a successful containment of the virus — an important factor underlying the country’s visit. Azar said that his trip underscores the fact that “free and democratic societies are the best model for protecting and promoting health.”

With this statement, the United States has shown that it is not just public health governing Azar’s trip, but politics as well. The public emphasis on Taiwan’s democracy affirms diplomatic relations between the Washington D.C. and Taipei, thus increasing tensions between Taiwan and the authoritarian government of the mainland. The latter has already publicly condemned this trip, along with recent attempts by the Trump administration to denounce China amid deteriorating diplomatic and political relations.

In light of the political sensitivity associated with Taiwan’s success, it is necessary to acknowledge that positive recognition of Taiwan’s national image may not provide Taiwan with the complete sovereignty it desires. Taiwan recently refused entry to the World Health Organization under the condition that it is recognized as the “Republic of China,” which appears to be the only condition that will enable its participation. It’s clear that the WHO will not accept Taiwan as the independent country that members of its government claim it as — for the international health body, the risk of offending mainland China is far too high.

Unless Taiwan can credit its successful COVID-19 containment measures to the “One China” policy that looms over much of its efforts, it appears that the island will continue to be excluded from participation in public health discussions on the global stage. Recent tensions in Cross-Strait relations are only an example of how, even amid a worldwide pandemic, political controversies still contextualize the debate surrounding public health. Thus, politics informs the very measures that aim to address the issues on each side of the strait.

With its “mask diplomacy,” along with its proclamations of a successful public health campaign, Taiwan has attempted to demonstrate that it ought to be included in world politics — as an entity wholly separate from China. It has sought the “support” of the United States as critical to this endeavor. Yet, it seems that despite the island’s successful soft power campaign, the charismatic “hard power” of Taiwan — one limited by its geopolitical status — fails to support efforts for sovereignty.

Given the circumstances, Taiwan appears to remain a political tool within U.S.-China relations. Instead of asking how China will respond to this diplomatic development, the more worthwhile question is whether Taiwan can shoulder the cost.