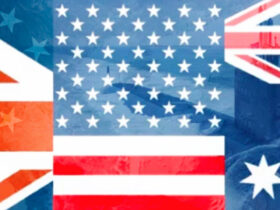 What AUKUS Means for Sino-Australian Relations and the Indo-Pacific

The highly publicized and complex Israel-Palestinian conflict has infiltrated all aspects of global politics, acting as a litmus test for political morality in the United States and influencing the actions of other countries. While there has been a resurgence of mainstream attention due to the rise of pro-Palestine sentiments and campaigns such as the BDS movement, this conflict has deeply impacted and changed the lives of both Israelis and Palestinians across the globe. The tension in Israel and Palestine stems from an ongoing border dispute as well as a larger ethical crisis over who the right of occupation belongs to — Jewish Israelites or native Palestinians.

For hundreds of years, Arab Ottomans lived in Palestinian territory before the British seized the land in 1917 and advocated for Palestine to be a national home for Jewish people through the official Balfour Declaration. 30 years later, the United Nations pushed for Palestine to be split into two ethnographic states, and the Jewish state of Israel declared independence in 1948. Since then, millions of Jews from the international diaspora have ‘returned’ to their self-declared homeland — though the conflict highlights the dispute surrounding this claim.

This created enormous resistance from the neighboring Arab territory of Palestine, which, through the 1948 war of the Middle East, was mostly occupied by Israel. While Egypt and Jordan initially controlled the two remaining territories, the Gaza Strip and the West Bank, the war of 1967 led Israel to occupy these regions.

Today, Israel continues to occupy both the Gaza Strip and the West Bank, resulting in the exodus of millions of Palestinians from their birthplace and a lasting conflict that has seen all-around brutal violence. While the international community has pushed for peace and a two-state solution, it has ultimately failed in creating an end to the conflict.

The intense ethno-conflict created a breeding ground for extremism, resulting in the formation of Hamas, a militant group internationally regarded as a terrorist organization. Hamas, which seeks to destroy Israel and establish a Palestinian state, has attacked Israeli civilians on numerous occasions. Though Israeli troops exited Gaza in 2005, there have been several counter attacks in the form of airstrikes on the Gaza Strip, which placed innocent Palestinian civilians in imminent danger. Due to security concerns, Israel continues to heavily blockade this region.

Meanwhile, the West Bank continues to be occupied by Israel. In recent years, this region has been populated with Israeli settlers mostly looking for low-cost housing, while a few even seek to claim the territory due to their Jewish ideological beliefs. Though Israel officially bans the latter and often removes settlements, in practice they do not strictly prohibit overall settlement in the West Bank, an action that is widely considered to be violating international law.

This trend continues for several other indicators, including maternal mortality rate. In addition, Israel uses centralized electronic health records, operates with updated technology in treating patients, and is highly involved in medical innovation research and development. All citizens of Israel are automatically enrolled in one of four health insurance plans that pays for all services, creating an internationally regarded universal health care system.

Meanwhile, several barriers plague the Palestinian healthcare system. Poverty is pervasive in both the West Bank and the Gaza Strip,  represented by a 40% unemployment rate and a lack of funding and resources that leads to exacerbated health problems. In addition to a high infant mortality rate, 55% of infant deaths are caused by preventable infections. Palestine also suffers from a severe deficiency in healthcare personnel, with Israel possessing eight times as many trained medical specialists as in Palestinian territories. On many occasions, hospitals are forced to only work three times per week due to a shortage of personnel and resources.

The 1993 Oslo Peace Accords established that the Palestinian Authority Ministry of Health would be responsible for providing healthcare to Palestinian civilians. In practice, however, Israel still maintains overall control of budgeting, building permits, and pharmaceutical imports and exports, all of which directly impact the quality and accessibility of care for Palestinians. Israel’s authority surrounding these territories has contributed to heavy restrictions on the import of vital medical supplies. Israel also effectively controls the medical drugs available in Palestine by prohibiting access to drugs not approved by Israel and restricting access to neighboring Arab markets that could provide cheap medicine.

The most explicit impact on Palestinian health by Israeli action is caused by the restriction of movement between Israel and Palestine and within Palestinian territories. Israel has built a large ‘Separation Wall’ around the West Bank and has also blockaded the Gaza Strip, trapping Palestinian civilians in each of these territories. Moreover, Israel has also installed several blockades, walls, and security checkpoints within the territories, restricting and slowing down the movement of health personnel and ambulances. According to a study by Pal Red Crescent Society, approximately 93% of ambulatory vehicles experience a delay of 10 minutes or more when transporting patients who urgently need to reach the hospital.

Simultaneously, as a result of the egregiously insufficient healthcare in Palestine, approximately 200,000 Palestinians apply to receive specialized healthcare in Israel per year. The application process is long and tedious, with a necessary referral from a Palestinian physician, approval by the Palestinian Authority Health Ministry, and finally a granted request from the Israeli government to enter Israel. Out of the applications submitted, 40,000 are denied per year and one-third of requests are denied without a reason provided. As a result of generalized fear in Palestinian populations, many civilians refuse to apply for fear of being accused of aiding Hamas.

Although Israel is heavily responsible for the pitfalls of Palestinian healthcare, there are also concerns that Palestine itself is not prioritizing healthcare for its citizens. Several recent incidents of corruption in the Palestinian administration further support this claim, with a 2018 survey claiming that 80% of Palestinians believe that the government is corrupt. This corruption allegedly extends to bribes for medical permits, especially in the Gaza Strip, among various forms of nepotism, embezzlement and lack of accountability in the social service sector.

With the rise of the COVID-19 pandemic, concerns about the health of Palestinians have been reinvigorated. While there are approximately 17,900 confirmed cases of coronavirus (as of August 20th) in the West Bank, Gaza has been left untouched, with an estimate of 100 cases, due to a combination of militarized control measures by Hamas and heavy border security by Israel. Gaza is woefully unprepared for a possible future outbreak, with severely limited resources and only 100 adult ventilators in store, most of which are already in use. However, the Israeli rights group Gisha alleges that Israel is disproportionately restricting the movement of Palestinians while approving requests for several Israelis to travel from Gaza. Moreover, Israeli prisons have released several Israeli prisoners due to coronavirus outbreaks while refusing to release Palestinians, all while inadequately enforcing social distancing measures.

The aforementioned actions taken by the Israeli government have outwardly been in the name of national security. However, regardless of intentions, Palestinian health and wellbeing have suffered as a result. Several human rights groups have pointed out the human rights violations occurring in Palestine in regard to health. Simultaneously, tensions are on the rise, not only between governments but between civilians, as a result of frustrations over violence and living conditions. A combination of distrust, apathy regarding eventual peace, and building extremism has culminated in a seemingly never-ending conflict.

In the 1990s, the World Health Organization created a conflict resolution strategy known as “peace-building through health,” an idea embraced by Healing through the Divides, an NGO working with both Israeli and Palestinian populations. This strategy emphasizes community work, creating common goals, and extending solidarity through health professional skills. Although not intended as the primary method of solving the dispute, many experts hypothesize that reducing antagonism between these two groups through the common goal of health could reduce apathy and re-energize civilian desire for peace.

The resolution of the Israel-Palestinian conflict is unlikely to occur in the near future. As civilian, governmental, and extremist anger soars, innocent civilians are endangered and vital Palestinian infrastructure crumbles. It is both Israel and Palestine’s responsibility to grapple with the inadequate healthcare system they have had a hand in creating. Ultimately, as Israel seeks to directly or indirectly control external territories, the country must also be prepared to ensure that their actions are not blocking access to quality healthcare services for Palestinians, especially amid a global pandemic.