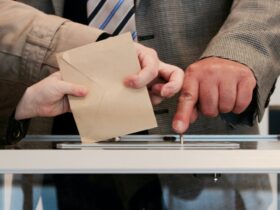 International Elections to Watch Out For

Much of the world has grappled with widespread deaths, economic instability and political turmoil since the advent of the coronavirus in March 2020, but Venezuela has plunged into a state of absolute chaos — complete with economic collapse, the uncontrollable spread of disease and unchecked human rights abuses. After months of warning and watching, the United Nations declared Venezuela in a state of crisis and pledged to begin investigating the violence and abuses committed by the Maduro administration.

But, Venezuela’s problems appear to be intractable. Although many Venezuelans hope the UN’s call for accountability marks the beginning of positive change, activists remain adamant that only grassroots mobilization can effectively help the millions of people living at the whim of an increasingly unstable president or the thousands of people huddled in abandoned housing awaiting pseudo-scientific treatment for coronavirus symptoms.

Venezuela’s problems have been building for at least seven years. The UN and human rights activists around the world have been nervously watching the administration of Nicolás Maduro, the successor of long-term president Hugo Chávez, since he rose to power in 2013. Immediately following Maduro’s ascension to the presidency, domestic production and consumption both ground to a halt, and the Venezuelan economy bottomed-out as a consequence of flimsy federal policies and lack of faith in the new administration. Reports from Venezuela detail regular food and gas shortages, frequent rolling blackouts, soaring unemployment and unchecked inflation.

In addition to economic failures, the Maduro administration faces increasing political instability and domestic opposition, primarily from Juan Guiadó and his supporters. Since Guiadó attempted to usurp Maduro’s position in 2016, Maduro has utilized the heavily-armed loyalist police force to clamp down even tighter on any potential threat to his authority‒ enacting stricter, more erratic policing with harsher and more violent punishment. This constant state of financial insecurity and political instability has motivated approximately 4.5 million people to flee the country since 2015. Allegations of political persecution and government-endorsed violence as well as the consequential en masse emigration prompted the UN Human Rights Council to issue a resolution on September 27, 2019, marking the beginning of an official investigation of alleged human rights abuses by Maduro and Venezuelan military officers.

That report was conclusive and damning. After conducting more than 3,000 case analyses and almost 300 interviews with victims, witnesses and other relevant parties, the UN unearthed extensive evidence that Maduro endorsed and enforced detentions, torture, murder and a slew of other extrajudicial cruelties, which lead the council to formally declare Venezuelan authorities guilty of “crimes against humanity.” The 411-page report, released almost exactly a year later, catalogs Maduro’s tumultuous political trajectory from early 2014 to August 2020. It concludes that as a result of COVID-19, in conjunction with a threadbare medical safety net and economic vulnerability due to global drop in oil prices, the “country continues to suffer  hyperinflation, severe shortages of food and medicine, and a dire humanitarian crisis.” Ultimately, the report finds federal leadership responsible for the ongoing national crisis and urges Venezuelan officials to be held accountable for their actions.

Since March 2020, the threat of a global pandemic propelled the nation even further into chaos. According to residents, Maduro’s primary approach to containing the coronavirus has been to detain anyone suspected of infection in inhospitable containment facilities against their will and without adequate resources, such as food, water or beds. Venezuelans live in fear that any display of COVID-19 symptoms could result in government officials arriving at their door and forcefully detaining them on charges of contaminating the country. Instead of seeking testing and treatment, many residents prefer to avoid the risk of government persecution by hiding any health issues, which leaves citizens more vulnerable to fatal health complications and obscures the true scope of infection from healthcare advisors. The government not only seemingly criminalizes infection but also detains any medical experts that speak out against the president’s militarized approach to flattening the curve. In addition to straining an already weak economy and healthcare infrastructure, the coronavirus has exacerbated the climate of fear and oppression in Venezuela.

Maduro’s response to the global pandemic exemplifies the abuses of power outlined in the UN’s 2019 resolution and serves as a perfectly demonstrative backdrop for the UN’s official allegations against the Maduro administration. Maduro has responded to the virus as if it were merely a threat to his own political control rather than a threat to the lives of his people, and as a result, he has chosen to treat infected citizens as criminals — just a new iteration of political dissidents. Before the pandemic hit, he had already run the economy into the ground, left the national healthcare infrastructure in tatters, isolated Venezuela from the international community and committed countless human rights violations. So it is not surprising that when faced with the economic, political and existential threats posed by the coronavirus, Maduro turned to his favorite political tool: military repression.

Now, the question is whether the international community can effectively alleviate the crisis. How will the UN’s September declaration actually affect the lives of the millions of Venezuelans who remain in the grips of Maduro’s brutal police state? Many local activists and opposition lawmakers have expressed relief that the international community has finally validated their fight for human rights.

After six years of thwarted attempts to organize against systematic oppression, opposition lawmakers and NGOs hope that increased pressure from the UN will fortify their fight for justice, but many activists urge their colleagues and global observers to focus their attention on grassroots mobilization rather than slow-moving UN investigations. Leaders of human rights NGOs are reminding their followers that this report does not mark the end of their struggle, but rather serves as a license for activists to put even more pressure on government officials with the assurance of international support.

Unless human rights activists continue to pressure the international community to hold the Maduro administration accountable, one local politician warns that Venezuelans will continue to suffer “forceful, irreversible consequences.”