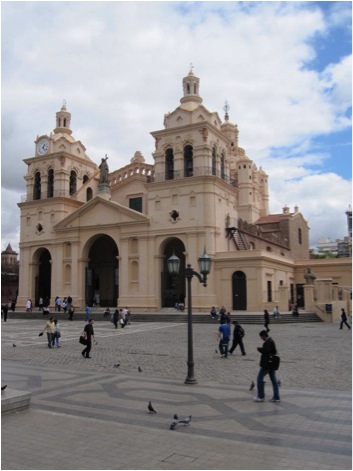 Blessed by Resources, Cursed by Politicians

In 2008, at the height of one of the worst financial crises in America’s history, Brian Chesky, Nathan Blecharczyk and Joe Gebbia formulated an idea that would disrupt the entire hotel industry. What was initially a company that operated straight out of the founders’ limited pockets is now a $31 billion behemoth in Silicon Valley – famously known as “the one that got away” to angel investors who turned the idea down. The company in question: Airbnb.

While Airbnb has remained a private entity for the past twelve years, the founders announced in early August that they had filed for an initial public offering (IPO) in December, meaning that Airbnb stock could be publicly traded for the first time ever. Amid the coronavirus pandemic – which has devastated the tourism industry – the major question on everyone’s minds is: Will this much-awaited IPO be a success?

Airbnb began as a way to offset increased rent costs in expensive cities such as San Francisco by offering home-stays to paying guests. The founders actually decided to set up air mattresses in their living room and provide breakfast to their guests in the morning (hence the original company name: Air Bed and Breakfast). In the company’s first year, Chesky and Gebbia advertised the Airbnb rental platform during popular events in San Francisco, such as the Democratic National Convention and SXSW. During these large-scale promotional opportunities, the founders believed that their website would gain optimal traction since hotels would be overbooked and people would be looking for places to stay on short notice.

In June 2008, the Airbnb team approached 7 angel investors, asking for $150,000 in funding in exchange for a 10% ownership stake in the company. Airbnb was rejected by all seven. However, soon after, they were approached to apply to Y Combinator, a startup accelerator that provides seed money for initial growth of early-stage startups.

That was the stimulus Airbnb needed to propel itself forward. In April 2009, Sequoia Capital invested $615,000 into the company, giving the founders money to re-design the entire website to increase accessibility, improve the booking interface and take professional pictures of rental homes to upload onto the site. By November 2010, the company was valued at $70 million. Airbnb had introduced an iPhone app and was gearing up to go international. Within 6 months, Airbnb had reached its 1 millionth booking landmark, expanded into almost 90 countries and had raised $114.9 million from another round of funding, launching the company into the unicorn valuation bracket at $1.3 billion. In 2017, Airbnb reached their peak valuation of $31 billion.

Given how contagious and easily transmittable the COVID-19 virus is, it’s no surprise that one of the industries that took the biggest hit during the ongoing pandemic is the hospitality industry. Travel restrictions, fear of virus transmission and city-wide lockdowns have all contributed to a tourism standstill. According to surveys, 64% of Airbnb guests have cancelled their stays since the pandemic took serious effect in March. With travel restrictions and international lockdowns, almost 70% of all guests surveyed stated that they did not feel safe staying in someone else’s home. As a result, the number of bookings has reduced dramatically by 50 to 75% across both Europe and the United States – two of the biggest Airbnb markets – and this has resulted in enormous losses for the company.

Airbnb’s revenue for Q2 of this year dropped to $335 million, a 67% decrease from the approximately $1 billion in revenue the company was raking in at the same time last year. This sharp revenue decline resulted in the company downsizing its workforce by 1,900 employees in early May. These costs have added up and taken their toll on Airbnb’s valuation – bringing it down to $18 million in the latest round of funding in April.

Despite these financial setbacks, Airbnb executives have decided to move forward with their IPO, with company stock scheduled to be listed on the New York Stock Exchange in early December. It seems that Airbnb executives are optimistic that there will soon be a return to normalcy. As months go by, the world has seen reduced restrictions and a phased approach towards opening services in many countries, with the number of Airbnb stays increasing by 30% between June and July.

The company has made gains on initial pandemic-related slumps by efficiently implementing safety procedures and being very transparent in their communication about the difficulties brought on by COVID-19. For these reasons, Airbnb’s personal newsroom on the website has been very active during the pandemic months, informing guests, hosts and travellers of important travel-related updates. Airbnb has banned all parties in their lodgings, restricted group gatherings to 16 people and have leveled a legal penalty if guests are found violating this policy. The company has also introduced a campaign for enhanced cleaning protocols that allow hosts to opt-in for verification, in order to help guests and hosts feel safer in the space.

Company executives have been astute enough to realize that they can benefit from promoting long-term rentals instead of short-term rentals in a time when people are becoming more restless with their desire to travel around the world again. In fact, the number of Airbnb bookings in June actually increased from levels at the onset of the pandemic because people now view Airbnbs as safer, socially-distanced alternatives to hotel rooms. As renters become more restless with lockdowns and social limits, Airbnb provides the opportunity to leave their home and explore a new place (albeit probably locally).

In September, Airbnb founders introduced a new tool called, “City Portal,” a platform designed to facilitate transparency and communication between Airbnb and government officials by providing information about the company’s operations, regulatory compliance and community impact work, as well as resources to increase domestic tourism revenue. The dashboard is a way for governments and Airbnb to collaborate and adapt with the changing needs of the time, whether that be the negative impact of a pandemic or the sudden rise in tourism because of a renowned music festival.

Airbnb is also actively working with governments to boost economic recovery by promoting their brand within the tourism industry as the pinnacle of safety and health. These promotions work in the form of discounts on Airbnb stays for domestic travel within countries such as Japan and Canada. By targeting the domestic travel industry, Airbnb is already way ahead of competitor hotel chains who are looking to expand into the home-sharing space.

Airbnb has always been a company that seeks to disrupt by being the most forward-looking presence in the hospitality industry, and this bodes well for their planned IPO. The company is reportedly looking to raise $3 billion from stock sales at a $30 billion valuation, regaining the ground lost with the private valuation in April. As December approaches, investors will be eagerly looking out for more company news on the gains they have made during this pandemic.

The United States Needs to Strengthen Trust in the Internet