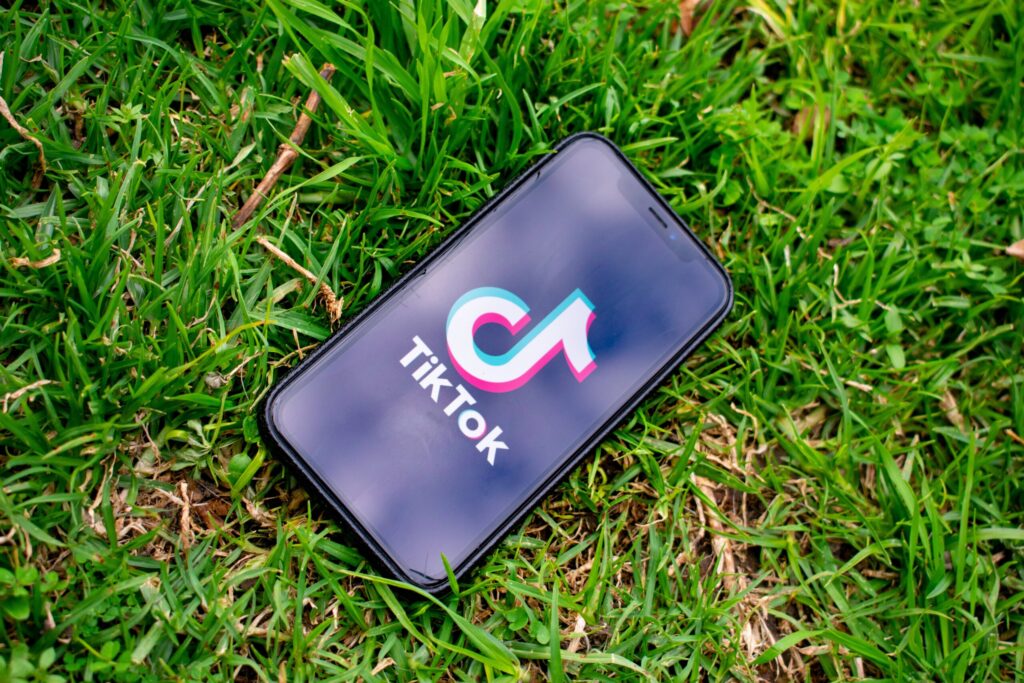 TikTok — A National Security Threat? A Glimpse into U.S.-China Relations

On December 19th, the EU, on behalf of Airbus, filed a complaint with the WTO accusing the US of providing billions of dollars in subsidies to Boeing in violation of international trade law. These allegations are the latest incident in the now decades-long rivalry between the two aerospace giants who collectively form the world’s largest duopoly.

Competition between the two firms began when members of the former European Economic Community established Airbus in 1969 to counteract the domination of US firms such as Boeing, Lockheed and McDonnell-Douglas. By the 1990s, losses and mergers left Boeing as the sole large-scale producer of passenger aircraft in the US, tearing the bulk of the international airliner market between the American company and Airbus.

The rivalry has since largely been driven by each company’s ability to sell new manufactured aircraft to the world’s major airlines. A recent surge in international travel and the rapid growth of airlines such as Lion Air (Indonesia), Emirates (UAE) and IndiGo (India) has intensified competition. Airline expansion is particularly focused in emerging economies where growth far outpaces that of developed countries.

One of the earliest incidents of competition between Boeing and Airbus is that of the Boeing 737 and Airbus A320 family rivalries. Boeing’s release of the first 737 in 1968 marked the beginning of what would become the world’s most successful airliner series. The 737, along with its successors in the 737 Next Generation family (released in 1997), made use of a narrow-body twinjet model designed for flying short to medium distance routes. Airbus’s answer to the 737 came in 1988 with the A320 series, following a similar design and capable of carrying roughly the same number of passengers (approximately 210).

One of the most publicized instances of product rivalry centers around to the two company’s jumbo jets. In 2007, Airbus released the A380 to compete with what was previously the world’s largest airliner, the Boeing 747. Both four engine, double decked, wide bodied aircraft are used primarily for international long distance flights and can each carry over 400 passengers. Recently however, fuel efficiency concerns have called the viability of both aircraft into question, making their fate in the future of aviation uncertain. Forecasts predict limited profitability in upcoming years for the A380. Airbus recently hinted at the possibility of discontinuing the model altogether by 2018. The 747 has witnessed a similar trend and has recently fallen out of favor among major airlines that are opting instead for more efficient long-distance, wide-body, twin jet alternatives.

For Boeing, these alternatives come in the form of the preexisting 767 (introduced in 1982) and 777 (introduced in 1995), the latter of which recently gained minor notoriety for its involvement in two fatal Malaysia Airlines incidents in 2014. The 787 “Dreamliner” (released in 2010) and the 777x (to be released later this decade) will replace 767 and 777 respectively. Airbus’s competing long-distance twin jet airliners primarily consist of the A330 series (released in 1992) and its successors, the A350 XWB (introduced in 2013) and the A330neo (expected release in 2017).

In addition to releasing a constant stream of new airliners, each firm has turned to international courts to stifle their competition. In multiple instances, the two have leveled accusations that its rival has been receiving illegal and anticompetitive assistance from its respective government(s).

Airbus, headquartered in Toulouse, France, consists of a manufacturing network involving France, Germany, the UK and Spain and is thus characterized by high levels of international cooperation. Since 1992, these governments have provided as much as $15 billion in “launch aid,” preferential loans (below commercial rates) granted to Airbus to be paid off with interest.

In 2004, launch aid materialized into a legal controversy upon complaints issued by the United States Trade Representative (USTR), initiating one of the longest and most complicated WTO cases to date. Boeing and the USTR argued that Airbus’s launch aid violated international free trade laws and illegally benefited Airbus at Boeing’s expense. The USTR further targeted loans from the European Investment Bank, research and technology funding, and several specific infrastructure improvements as additional forms of unlawful assistance.

Subsequently, Airbus and the EU denied that launch aid constituted an illegal subsidy and in turn leveled their own allegations against the US and Boeing. The EU also filed a parallel complaint to the WTO, arguing that tax breaks granted to Boeing by Washington state, Kansas and Illinois, and research and development programs between Boeing and NASA (among other federal programs) constituted illegal subsidies totaling over $19 billion.

The WTO treated the two complaints separately and released its decision on Airbus’s launch aid in June 2010 and its decision on Boeing’s tax breaks in March 2011. After an arduous appeals process, the organization’s appellate body ultimately reached a conclusion in March 2012 ruling that both parties had received various forms of illegal subsidies. However, technicalities in the report obscured its true meaning; both companies, each seeking to spin the outcome in their favor, claimed victory.

Since the latest ruling, neither the US nor the EU has taken considerable measures to reform their policies. Pre-existing agreements (e.g., contracts predating the WTO decision) offer each rival ample justification to carry on unfazed. Launch aid to Airbus persists while Boeing continues to benefit from generous tax breaks. The trade conflict lingers on.

On December 19th, 2014, the EU revived the unresolved dispute going once again to the WTO. In its latest charge, the EU and Airbus accused Washington state of continuing to provide illegal subsidies to Boeing through the extension of the previously condemned tax breaks.

Aside from the subsidy dispute, the two aerospace companies have long been subject to controversy regarding illicit or otherwise morally questionable activities, including bribery. This may be particularly true for Airbus, which has been caught in countless scandals involving the use of bribery to win contracts with foreign governments at Boeing’s expense. These activities have been all but condoned by the French government, which treated the bribery of foreign officials as a tax-deductible expense until 1997. In contrast, the US made bribing foreign officials a federal offense in 1977. France continues to receive criticism from organizations like the OECD for its lax attitude towards bribery.

This isn’t to say that Boeing is guiltless when it comes to surreptitious business practices. Boeing has been involved in several of its own high profile bribery cases, including a scandal surrounding a $23.5 billion Airtanker deal with the Air Force in 2003 in which Airbus was a competitor. Even more damaging is Boeing’s relationship with US security agencies, which has lead to allegations of economic espionage. Though agencies like the NSA make no secret of spying to advance US economic interests, the true extent to which they do so to benefit specific US companies is unclear. It is clear, however, that NSA intelligence through the ECHELON program cost Airbus a $6 billion deal with Saudi Arabia, which was later picked up by Boeing instead.

Based on previous outcomes, it seems unlikely that the EU’s latest complaints with the WTO will be conducive to any meaningful policy changes on either side of the Atlantic. As the WTO lacks serious mechanisms to enforce international trade law, the US and EU would need the willpower to initiate a trade war or reach an out of court settlement if the conflict were to finally be resolved. As the US and EU subsist on high levels of mutual dependence in both a political and economic sense, the former option is exceedingly unlikely.

Both Boeing and Airbus represent massive shares of the US and EU economies, with each employing hundreds of thousands of workers and bringing in billions in export revenue. These factors, coupled with immaterial and emotional elements of the rivalry (e.g., the national pride associated with manufacturing extraordinary aircraft), have the effect of making private sector aircraft production inevitably tied to government involvement.

It therefore seems out of the question to expect either company to completely remove itself from the hand of public assistance. In order to reach a resolution, the US and EU must come to an agreement which minimizes the role of subsidies in the rivalry and balances the effects of whichever subsidies persist. Such an agreement should ultimately allow the products themselves to set the stage for airliner competition rather than government aid.

Additional causes for animosity, such as bribery or the use of industrial espionage, will be more complicated to resolve. With each firm offering similar and reliable products, contract negotiations inevitably involve political and economic favors. But one can hope that efforts by the OECD to curtail the use of bribes as a bargaining chip and trends indicating global poverty reductions will reduce the significance of illicit negotiations as a competitive tactic. And in light of Snowden’s NSA revelations, which cost Boeing a $4.5 billion contract with Brazil, it may be beneficial for US companies if industrial espionage efforts were restrained.

With Boeing and Airbus each continuing to churn out advanced and competitive aircraft, it seems that the airline industry will continue to be dominated by the American and European companies for the foreseeable future. But any major misstep in the production process, a severe loss litigation front or a crippling scandal could lead to either side gaining total control of the market or could potentially make way for a new competitor. With countries such as Japan, Russia and China each seeking to increase their foothold in the airline market, the latter possibility is not implausible. But as is the case with most matters of this nature, the future cannot easily be forecasted.

Correction: The previous version of this article mistakenly identified Lion Air as “Air Lion.” The article has been corrected.