President Obama’s address to the nation on Tuesday night was a timely and timeless reminder that not only is the state of the union strong, but so too is Obama’s resolve to leave a legacy and craft a vision for the future of the Democratic party. On a host of domestic issues from the economy to education, the president smartly balanced his (perhaps too populist) calls for higher taxes on the wealthy with welcome reminders that the economy is recovering and gas prices are at record lows. He laid the groundwork for what will be a powerful case for Democrats to retain the White House in 2016.

Critics will undoubtedly attack the president for the partisan nature of the speech during a time when Democrats have complained about Republican standoffishness and political gridlock. Despite outlining a wish list of proposals upon which to work with Congress, Obama unleashed a record number of veto threats (four–the most any president has ever outlined in one speech to Congress). He also landed several jabs to Republicans on climate change and the Keystone pipeline, in addition to the ad-libbed “I won both of them” remark in reference to his two presidential campaigns, all of which turned Boehner a deeper shade of orange. Was the president being partisan? Undoubtedly. But the Obama camp has realized that motivating the base is perhaps more important than appeasing a Republican party that Democrats have appropriately given up on working with. The president’s tactic is smart, and reflects the correct belief that the next two years of Democrat policymaking will not be legislative in nature, but rather executive. For that, the Democrats need strong public opinion–not Republicans in Congress.

Economy, economy of the world, who is the most competitive of them all?

Paul Krugman’s 1994 paper “Competitiveness: A Dangerous Obsession” pointed out the common trend for great economists and world leaders to forget about the concept of comparative advantage, and instead fixate on events like how China’s has overtaken the American economy. Comparative advantage is an economic law that proves international trade would only increase the size of the whole pie, and the world economy is not a zero-sum game. Trade is beneficial for both countries involved when they are trading goods and services for which they have the respective comparative advantage. For example, the US has the comparative advantage in manufacturing planes, and China in apparels. When these two countries trade, they are helping each other by avoiding the high opportunity cost of producing goods for which they do not have the comparative advantage. Through this process, each country gains access to more varieties of goods at fairer prices because of the exposure to international competition, among other benefits. Simple, good economics. However, Obama’s call for the “in-sourcing” of jobs excites the American people. Rhetorical hostility and hypercompetitiveness towards China is often both useful and necessary in US domestic politics. Nevertheless, Americans should see past the president’s political grandstanding and recognize the benefits of comparative advantage economics.

I have to hand it to him; President Obama delivered an excellent piece of oratory at his State of the Union address. Most pundits have been right to compare this speech with the president’s earlier campaign speeches–inspiring, uniting and supportive of the timeless American ideal of equal opportunity for all, and sheerly riveting in its rhetorical power. It was a beautiful thing to watch.

Unfortunately, the parallels with the president’s earlier campaign speeches go a step beyond mere beauty, and into purpose. And for all intents and purposes, this was a partisan speech. The president hasn’t exactly been an exemplar of bipartisanship in recent years (though, to be fair, neither has the Republican Party.) This speech merely repackaged the partisan policies of the last couple years to make it appear that the economic growth we see today is entirely thanks to the wisdom of St. Barack. There was no thoughtful discussion of the actual policies in question, nor was there much inspiring talk about long-term planning for the future (though the quip about staying on Mars makes up for the whole thing.)

The only thing worse than President Obama’s speech was Senator Joni Ernst’s Republican rebuttal. If President Obama was insincere, Senator Ernst was seemingly insane. If President Obama tried to cloak his partisanship with a silver tongue, Ernst made no such attempt and instead appealed to the partisan passions of half of the US. We have a lot of work to do to fix the political dysfunction of our ruling class. My fellow Americans, let’s get to work. 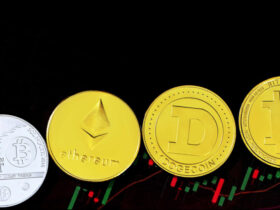