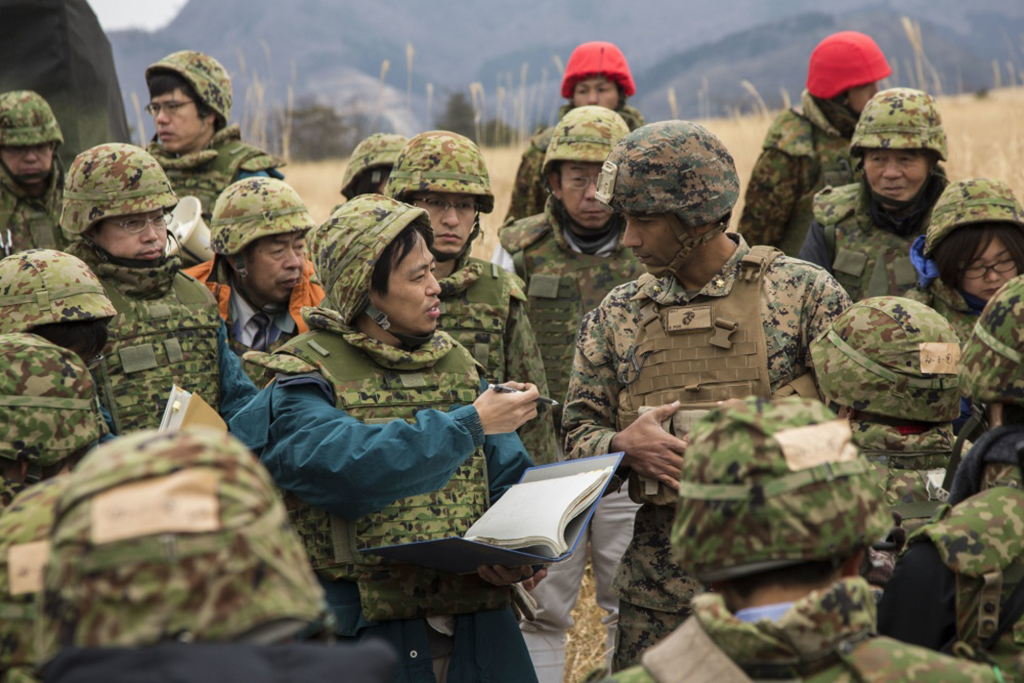 Land of the Rising Army: Militarism in Japan

As the war in Ukraine ensues, Georgia looks back to its own war with Russia. Although the 2008 Russo-Georgian War lasted only five days, the war and its aftermath impacted the rights of the Georgian people, the sovereignty of the Georgian nation and the future of Georgia to this day.

The conflict between Russia and Georgia dates back to the collapse of the Soviet Union. After Georgia declared its independence, Russia began supporting separatist forces in the Georgian regions of Abkhazia and South Ossetia (also known as Samachablo or Tskhinvali).

Despite the large-scale war that erupted in these two regions, Russia continued to recognize Abkhazia and South Ossetia as a part of Georgia. As a result of the ceasefire agreement, Russia installed its peacekeeping forces in two breakaway regions. The ceasefire was monitored by the Organization of Security and Co-Operation in Europe (OSCE).

This changed, however, in 2008, when Georgia established its plan to join NATO. In August that year, Russia invaded Georgia, leading to a five-day war between the two countries. After over 850 people were killed and 35,000 displaced from their homes, Russia recognized Abkhazia and South Ossetia. The country has stationed Russian ‘peacekeeping’ troops there ever since.

The large presence of Russian troops in Georgia’s breakaway regions has also marked the beginning of the “borderization” process — a Kremlin strategy that includes the installment of border guard stations, fences, and barbed wire to separate the occupied territories from the regions controlled by Georgia.

Tako Robakidze, a Tbilisi-based photographer who has been actively documenting the crisis in her project, “The Creeping Occupation,” told the New York Times that “overnight, you can find out your house is now in occupied territories.”

Robakidze’s statement describes the harsh reality that villagers living in the Tskhinvali region face every day. Georgian authorities claim that approximately 34 villages have been isolated by Russian forces. Artificially-imposed physical barriers have divided not only privately-owned gardens and grazing lands but also communities.

People living in the occupied territory are unable to visit their families in Georgian-controlled regions, and they are completely cut off from family burial sites. Additionally, local residents have no access to farmland and water sources, which detrimentally impacts the local economy. People cannot access the nearest markets, the implications of which are devastating in a region where people are primarily occupied with farming.

Many fear that Russian forces will detain them if they travel within 200 meters of the border. According to Amnesty International, approximately 1215 individuals have been abducted and detained for “illegally crossing” the border from 2008 to 2018. The Russian forces mostly target farmers cultivating land in the region or hunting in the nearby forests.

One of the most severe abduction cases was that of 35-year-old Archil Tatunashvili, who died while in custody. When Tatunashvili’s body was returned to his family for burial, it bore marks of torture, and the autopsy revealed that it was missing several internal organs.

According to the Prosecutor’s Office of Georgia, Tatunashvili’s body had more than 100 injuries, indicating that he had been tortured while in custody by Russian police. Due to the absence of the EU Monitoring Mission in the Tskhinvali region, the extent of human rights violations by Russian troops against Georgian citizens is unknown.

The ongoing Russian borderization process is the Kremlin’s tactic to undermine Georgia’s sovereignty. Currently, the border is located approximately 44 kilometers from the capital city Tbilisi, and 300 meters from the central highway, which connects the eastern part of the country to the west. The proximity of the border to the highway is a serious problem for Georgia since, in case of an invasion, Russian forces will be able to divide the country in two and quickly invade the capital.

Another major problem is the current government’s inability to tackle this issue. With the fear of provoking another large-scale war, the Georgian Dream ruling party has not come up with a detailed plan on how to peacefully retake control of the occupied territories. Meanwhile, the opposition blames the ruling party for having links with the Kremlin due to its informal leader Bidzina Ivanishvilis’ ties with Russia and cites it as the main reason why the government is silent on the borderization process.

Another issue is that the borderization of Georgia’s territories undermines its aspirations of joining NATO, which has been one of the government’s key goals following the Rose Revolution in 2003. With 20% of its territory occupied, Georgia cannot secure membership in the organization, which once again proves the Kremlin’s strategic plan of leaving former Soviet countries in limbo unless they fall back into Russia’s sphere of influence.

It is important to mention that the creeping occupation has a large humanitarian cost, which will not be addressed without greater involvement from the international community. The attention given to Russia’s invasion of Ukraine gives hope to many Georgians who have and still experience similar aggression from Russia.

Giorgi Inaishvili is a sophomore majoring in Communications at USC Annenberg School for Communications and Journalism. He is from Georgia, and since his country is witnessing an ongoing Russian occupation, he is interested in observing the foreign relations of the Russian Federation and Eastern European countries in general. Giorgi has previously interned at the Administration of President of Georgia. Besides speaking English and Georgian, he is fluent in Russian.