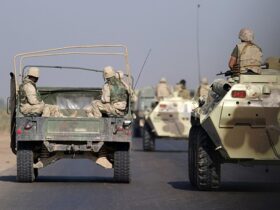 FC Shakhtar Donetsk is a name that soccer fans should recognize. They are the Ukrainian soccer giant, a team that has dominated the Ukrainian Premier League ever since its creation following the fall of the Soviet Union. But for those who are interested in global affairs, perhaps it is the name of the club itself that strikes a chord: Shakhtar Donetsk.

Donetsk is a city located in eastern Ukraine. Torn by war, the city was first drawn into bloodshed in 2014, when Russia annexed Crimea, and then again in 2022, when Russia fully invaded Ukraine. Despite these hardships, Shakhtar Donetsk, the city’s flagship soccer club, has continued its success both at home and abroad.

After Crimea’s annexation, Shaktar departed from their home stadium and moved across the country to play in a safer location. They first moved to Lviv in western Ukraine, then to Kharkiv in 2016, and finally to Kyiv in 2020. In other words, they have been exiled from their home field, the Donbass Arena, a $400 million stadium capable of hosting 50,000 fans, rivaling some of the best stadiums in Europe.

In the meantime, Shaktar maintained their dominant form both domestically and internationally, winning the Ukrainian Premier League four times in a row between 2017 and 2020, and making the semi-finals of the UEFA Europa League in 2020. When the 2021/2022 Ukrainian Premier League season was suspended (and eventually canceled) due to the war, Shaktar was sitting at the top of the league table, looking to bag another domestic trophy.

Shaktar’s success can be partially credited to their international squad profile. In recent years, Shaktar has earned the nickname “The Brazilian Colony” given the large number of Brazilian players in their squad. With the help of talented Brazilian players and other foreign players, Shaktar was able to compete with top Ukrainian teams like Dynamo Kyiv, even besting top European teams in continental tournaments. In 2020, there were 13 Brazilians in the Shaktar squad. Now, Russia’s invasion is drastically changing the scene.

In June 2022, the International Federation of Association Football (FIFA) announced the extension of the temporary employment rules regarding the situation of foreign players affected by the Russia-Ukraine war. Under the provisions, non-Ukrainian and non-Russian players could suspend their contracts with their respective clubs in Ukraine or Russia for a year should they fail to reach a mutual agreement with the club before June 30.

The policy’s intention was to protect players from the war, but it has also crippled Ukrainian clubs’ finances. In European soccer, a significant proportion of clubs’ profits is gained through player sales, which usually occurs during the transfer window every summer. Unlike American sports leagues, players exchange between European clubs often involve direct transfer deals, in which the buying club would pay a certain amount of transfer fee to acquire a player contracted to the selling club. With the new FIFA policy in effect, Ukrainian clubs cannot effectively facilitate player sales; other clubs can just wait past the June 30 deadline, let the players suspend contracts with the club and sign them for free.

This was exactly what happened with Shaktar.

With a squad that consisted of many foreign talents, Shaktra could do nothing but see their non-Ukranian players leave for free one by one. The fact that FIFA announced the policy 10 days before the transfer window opens on July 1 further rubbed salt on the wound, as transfer offers were retracted by the other club to make use of the policy. Fulham, an English Premier League team, had previously come close to settling a €7 million transfer fee with Shaktar for Israeli player Manor Solomon, but left the negotiable table after FIFA announced the rulings. Solomon signed a one-year contract with Fulham on July 25, for free.

Prior to the new FIFA policy, Shaktar had already sunk to a poor financial position due to the Russian invasion, as the Ukrainian Premier League was suspended and match day revenues were lost. According to The Athletic, Shaktar was looking to recover the revenue loss through selling their foreign players. Sergei Palkin, Shaktar’s CEO, claimed that FIFA’s rulings had ruined the team’s chance to sell four foreign players for approximately €50 million in total profit.

“It is a very ridiculous decision but when FIFA issued the decision, within two days, we lost direct deals worth a minimum of €26 million. They issued the decision and all the clubs said, ‘Thank you very much, FIFA helps us, we take these players for free’,” Palkin says in an interview with The Athletic.

Shaktar launched an appeal against FIFA to the Court of Arbitration for Sport in July, seeking €50 million in reparations for the damage FIFA’s policy caused to the club’s finances.

The Ukrainian Premier League restarted recently on Aug. 23, with two teams from war-torn cities, Shakhtar Donetsk and Metalist 1925 Kharkiv, playing each other in Kyiv. Shaktar fielded a team with almost all Ukrainian players, quite a spectacular scene in contrast with their previous team of foreign talents from a few years ago. While Shaktar’s administration will continue to look for justice in court, the Shaktar players will look to weather the storm on the pitch. They have done it before in 2014 when they were forced away from home, and they will be determined to do it again.