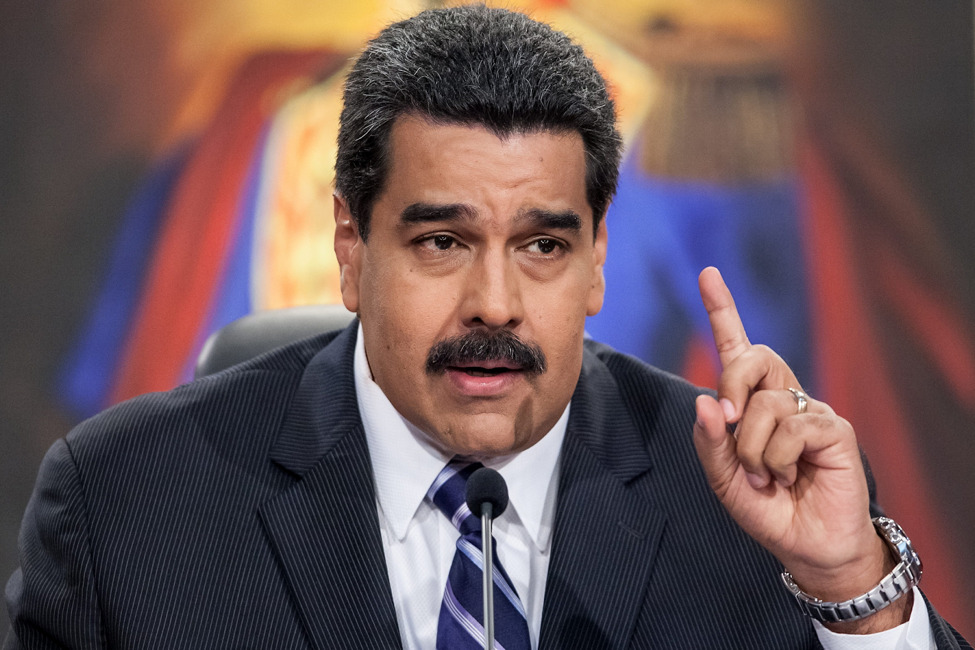 Not a day goes by without something going awry in this wonderful, horrible world of ours. Follow any daily newsletter (The American Interest’s Daily News Brief is particularly concise for the amount of detail it provides) and you’ll find headlines that, not too long ago, would have shocked “civilized” readers and dominated conversation for days or weeks. Now they’re daily trivia in places like Yemen, Afghanistan, Libya, Ukraine, the South China Sea and Nigeria, and they are seriously complicating American security policy.

Over the last few years, some commentators have described this rise in violence and chaos around the globe as “The Return of Geopolitics,” or something similar. And truth be told, though geopolitics never quite left, we are seeing a resurgence of conventional great power competition and  violence within supposedly sovereign states as the liberal world order of the last few decades erodes. An unsustainable state system and a decaying international balance of power have provided fodder for a new medievalism—chaotic decentralization and devolution of power to sub-state actors across the Middle East and Africa, and a growing sense of competition between great powers resembling the empires of old in Asia, Eastern Europe and parts of the Middle East. In the chaos, crises are nurtured; and some will grow into true monsters.

But geopolitics – let’s call it “geographical space” for now – is not the only arena of conflict in the 21st century. For all the bombings and beheadings and out-migrations and impoverishments haunting today’s world’s “geographical space”, the world’s cyber space is faced with total anarchy. Hackers of no particular national or corporate origin can humiliate even the world’s mightiest states and wealthiest corporations. Cyber crime and cyber warfare are on the rise, and there are very few effective national institutions regulating and counteracting them, much less international institutions. So, it comes as no surprise when hacker groups like Anonymous release top-secret military documents, when China-originating cyber spies steal US government employees’ security clearances en masse, when North Korea forces the closure of theaters across America by means of cyber blackmail against Sony or when the Israelis manage to shut down the Iranian nuclear program for a few days with a web worm called “Stuxnet”. But these are not the only sorts of cyber attacks that are possible.

With advances in information technology rapidly making transactions cheaper online and physical services more efficient when digitized, the world’s infrastructure and economy are fusing into an all-embracing physical Internet. And when water distribution systems, power plants, retiree insurance archives, social media sites, driverless car networks, online grocery delivery services and digital communications networks are connected in the same system and run by the same technology, they all become vulnerable to attack and disablement by sophisticated online actors. Shut down a country’s power grid in the wintertime or turn off the water reservoirs in a desert state, and see how devastating cyber warfare can really be. It’s only a matter of time before some state or other actor manages to pull such an attack off, and as the world’s economy and infrastructure advance, the threat will only rise.

But there is another threat, beyond geographical space and cyber space, in a third theater. For decades, the United States led the world in space exploration and space technology. But it has since more or less abandoned that pursuit, and other powers are moving in to fill the gaps. China’s space program is rapidly becoming legendary, and India propelled an unmanned craft to the Martian atmosphere in 2014. It’s been well-documented, meanwhile, that NASA is no longer able to supply the International Space Station (ISS) on its own, being bereft of space shuttles; the Russian space program remains American astronauts’ only means of supply in the ISS. All this is happening as strategic developments and technological innovations on Earth render military equipment like satellites in Low-Earth Orbit (LEO) all the more important. Truth be told, Americans don’t really have to worry about a sudden strategic militarization of space by rival powers for the moment. But the fact that the US is no longer at the cutting edge of space exploration, even if it maintains a lead in current space technology, should give American strategists pause.

What happens when the Russians radically update their satellite fleet in such a way as to threaten American orbital dominance? What happens when China or India puts a man on the Moon just to demonstrate that they can? Looking further to the future, it seems clear that whichever nation first discovers a way to exploit and transport the mineral and energy resources of the Asteroid Belt and the Outer Planets will be a wealthy nation indeed. Is it prudent to leave such thoughts to the future, especially when American strategists are competing with strategists who think in terms of decades and centuries rather than months or years? In short, Outer Space may not seem particularly valuable right now, but it certainly will be in the future, and Americans are doing less than any other nation to take advantage of it.

A worsening international situation in Geographical Space, absolute chaos in Cyber Space, and a severe investment deficit in Outer Space. What is a nation to do?

It can prepare for these crises, and more. The US should improve its strategies and bolster its capabilities on all three fronts. The technical skill is there, in every area—the federal government need only bring policy coherence to the picture.

The federal government should continue and expand its partnerships with the cybersecurity industry, for the obvious reason that economic and infrastructure systems are increasingly open to ever-proliferating threats from hackers of all types. For the sake of maintaining an acceptable quality of life for American citizens and upholding the country’s security, the US government now must ensure that American cyberspace is also protected. That will require the formation of new agencies and the distribution of many funds for the purpose. But done rightly, a new emphasis on cybersecurity can prepare America for yet more challenges in the decades to come.

Another critical industry open to public-private partnerships is the space industry. The US government used to engage with NASA at a far more proactive level than it does now, offering generous funds and articulating key and discrete goals (most notably, putting a man on the Moon). US space policy for the last several decades has been lackluster by comparison, and the Eurasian powers’ relative advances in space exploration and logistics are testimony to this. It would be beneficial to reinvest a significant portion of the entitlement-heavy federal budget into a renewed and reformed NASA, and set exploratory goals like landing a human on Mars or establishing a permanent space station in orbit around another planet. Expanding our presence in space will set the United States up for a future where outer space, and all its dangers and opportunities, is more immediately open to its use.

Of course, though it would be beneficial for the US to partner with strategic industries to produce war material, secure its cyber domain and expand its space program, it is very unlikely that, absent a major push like a great international crisis, the Americans will shift their focus from relatively innocuous issues to these truly critical ones. That’s unfortunate, but it’s also how American political history works—it takes a real crisis to get the country moving in the right direction. Long-term strategic thinking is not a natural characteristic of American democracy.

Fortunately (or unfortunately, depending on how one prefers to look at it) there are crises brewing on the horizon. It would be good for Americans to act first before they arrive. But even if they don’t, they’ll act soon enough, once the crises come.