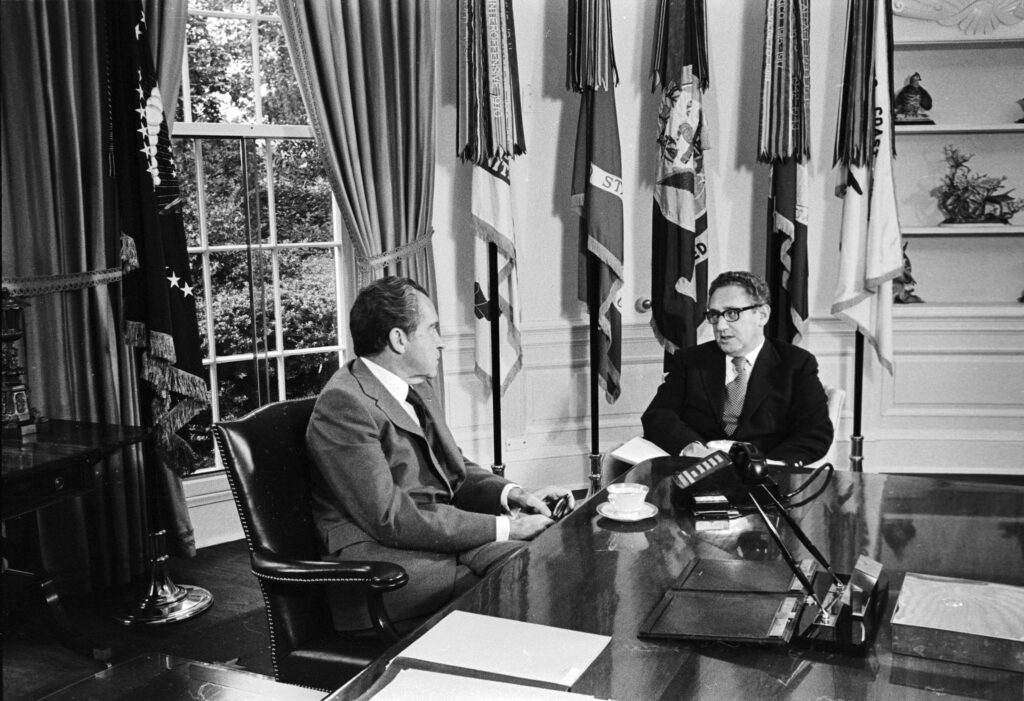 Do you know that Norway’s King can legally dismiss the Norwegian government with a simple stroke of his pen? In a world where international norms of democracy seem to reign supreme, it is easy to forget that 44 nations ultimately answer to sovereign monarchs as the supreme heads of state. While the degree of power associated with sovereign monarchs varies according to each type of monarchical system (absolute monarchy vs. constitutional monarchy), these royal sovereigns generally possess tremendous power relative to their countries’ elected officials. Sovereigns in constitutional monarchies generally do not exercise their powers, and their role in democratic countries has become largely ceremonial through legislation or convention. However, these monarchs still possess tremendous reserve powers and can legally invoke royal prerogatives at any time. I call these monarchs, “shadow monarchs,” as their roles and powers appear subservient to their countries’ elected leaders. In fact, this is often not the case as their powers are far-reaching. These often-underestimated sovereigns deserve our attention today – in 2014 – in a world where kingdoms and autocracy are often viewed as relics of the past.

There are generally two types of monarchies that exist today. The first type is as an absolute monarchy, in which the sovereign possesses supreme autocratic powers over his state and people. The second type is a constitutional monarchy, in which a system of government is established by a constitution or convention that mandates some form of an elected government overseen by a monarch. In almost all monarchies, succession is hereditary. Only a few monarchies, such as Cambodia and Kuwait, allow citizens to select a new sovereign from within the royal family. The majority of monarchies have an ironclad succession process. This continuous rotation of power and wealth among a select few royal families ensures the survival of an elite class that is inaccessible to the general population.

Absolute monarchies still exist today, but they are very few in number. These countries include Saudi Arabia, United Arab Emirates, Qatar, Oman, Brunei, Swaziland, and Vatican City. In these nations, the sovereign has absolute control over his state’s resources and population. Powers include setting the country’s general direction, such as Saudi Arabia’s King Faisal, who directed Saudi Arabia’s budget to match his personal priorities of technological and economic progress to modernize society in the 1970s. On the other hand, monarchs may utilize their state’s resources to satisfy their personal needs and desires, such as the acquisition of luxury items such as Oman’s “Super Yacht.” In these societies, there is virtually no opportunity for representative government and all power is concentrated in the hands of one person. No wonder absolute monarchies frequently draw heavy criticism from the international community

Even if an absolute monarch’s dramatic level of power seems foreign and excessive to the democratically oriented observer, this level of authoritarianism is to be expected from such a system of government. More surprising and interesting are the powers reserved for royals of constitutional monarchies with democratic systems of government, or shadow monarchies. There is a diverse set of countries that fall into this category, including Norway, Belgium, Sweden, Thailand, Jordan, and Denmark. Perhaps the most significant and popular shadow monarch of the contemporary period has been the Queen Elizabeth II of the United Kingdom (UK), who officially exercises authority over 15 Commonwealth realms in addition to the UK. Official descriptions regarding the duties of the monarch in England suggest a more “ceremonial” role as a symbol of “stability, continuity, and national focus” rather than an executive role. However, England does not have a written constitution, and many of the duties that have been undertaken by Parliament were delegated by the monarchy out of “convention.” In other words, the Queen has transferred some of her official duties as Head of State to the Parliament, although she can invoke her right to royal prerogative at anytime. The legislature in the UK can pass laws, but those possible affecting “the Crown’s interests” must receive the consent of the Monarch. The Crown has invoked the power of the royal consent and veto for at least 39 pieces of legislation in the contemporary period. The Queen also possesses other powers such as dismissing/appointing the Prime Minister and other ministers, declaring war as head of the Royal British Armed Forces (British soldiers swear allegiance to the Monarch), and making treaties. The royal prerogative in the case of the Queen of the UK and other Commonwealth realms is very robust, and her powers are clearly more than strictly ceremonial.

Not all shadow monarchies possess the same degree of power, however. Belgium and Sweden stand on opposite ends of the spectrum of constitutional monarchies. The Monarchy of Belgium is relatively powerful and similar to the Monarchy of the United Kingdom. The King is endowed with numerous powers according to the Belgian Constitution, such as signing and promulgating laws passed by the Federal Parliament, acting as Commander-in-Chief of the Armed Forces, and appointing/dismissing ministers of government. In addition, Article 88 of the Belgian Constitution states, “the King’s person is inviolable, his ministers are responsible.” This law basically means that the monarch possesses immunity from any type of prosecution. Clearly, the Monarch of Belgium is rather powerful and can dominate his elected counterparts if he so chooses. However, the Monarch of Sweden is much weaker in comparison. Sweden’s monarch was essentially stripped of his executive authority in 1975 by legislation, thus reducing the sovereign to a purely ceremonial role. Therefore, the King of Sweden is no longer considered a chief executive of the government and does not have nearly the same degree of reserved rights or privileges as the King of Belgium.

Besides conventional governmental authority and power, many monarchs also hold a position of religious or moral authority. The King of Thailand, for example, is designated as the “Upholder of the Buddhist religion and Upholder of all religions.” The British monarch, Queen Elizabeth II, is awarded the title, “Supreme Governor of the Church of England” and is frequently referred to as the “Defender of the Faith.” These roles, while sometimes not well defined, endow various monarchs from across the globe with a sense of moral authority and superiority. By being placed at the head of religious life in addition to political life, these monarchs are afforded even greater power, influence, and legitimacy.

Shadow monarchies that permeate the globe are vestiges of a different era. As the United States seeks to foster a democratic world order, it is rather perplexing that some of these monarchs still possess such tremendous power today. Elected governments of constitutional monarchies seem to be chipping away at the authority of their respective sovereign monarchs through legislation or convention, but much power still rests in the hands of this elite class. Debating the moral implications and efficacy of these monarchical systems is a different matter, but it cannot be denied that the power of these monarchs is certainly underestimated and, perhaps more importantly, unknown.