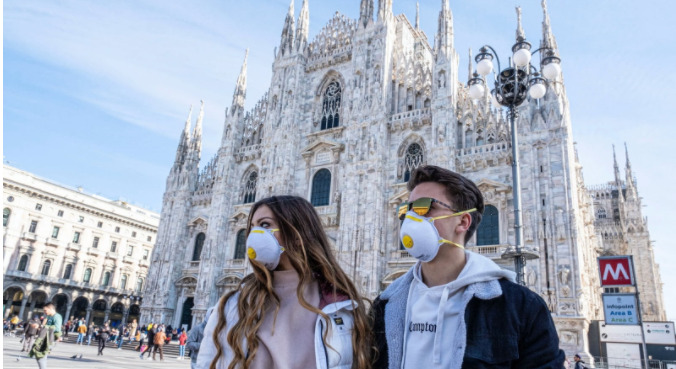 Coffee Culture and Coronavirus: Why Italy’s Pandemic Response is Unique

Britain is gearing up for a historic referendum that will determine whether it remains a member of the European Union. Prime Minister David Cameron is in a tricky spot: he must please Eurosceptics in his party with a tough, Britain-first stance, but as a politician who campaigned on economic revitalization, he recognizes the critical economic benefits of EU membership. Cameron has worked to balance these opposing concerns by promising to “renegotiate” Britain’s membership in the European Union.

The Prime Minister outlined his points for this renegotiation in a letter sent to the EU on November 10. Cameron has four main demands: 1) maintain a single market with no favoring of the Eurozone over countries like Britain that have kept independent currencies; 2) cut excessive business regulation and “red tape”; 3) allow Britain to opt out from language in the EU charter that envisions an “ever closer union” (and has been interpreted as a threat to UK sovereignty); and 4) reform intra-EU immigration.

The first three demands can be resolved; the economic goals are in line with current EU policy, and the “ever closer union” rhetoric is largely symbolic. For Cameron, opting out from “ever closer union” just serves as a nod to right-leaning, independence-craving Britons. However, the last point, on reforming immigration between EU countries, will be deeply problematic. Although Cameron did not demand one particular policy, he suggested a four-year delay before UK social benefits could be offered to immigrants arriving from other EU countries. A policy like this is totally incompatible with European law that protects freedom of movement and guarantees equal treatment for all EU citizens in all EU countries. But without some concession from the EU on migration policy, Cameron’s renegotiation points may not be enough to appease right wing, Brexit-leaning voters.

The right-wing case for a Brexit is largely tied to immigration and the rise of the UKIP party in Britain. In particular, it is emotionally linked to the stress of large numbers of refugees flowing out of the Middle East, particularly Syria, and the perceived security risk of high migration. Britain already has an opt-out on EU asylum policy, so leaving the EU would make little practical difference—Britain already has domestic control of immigration policy for non-EU migrants including refugees. However, the EU’s freedom of movement between member countries has caused large populations of mainly Eastern European workers to move west, into the UK in some cases. Many Britons see leaving the EU as a way to secure national borders and decrease overall rates of immigration.

It is difficult to envision a solution on the immigration question that accomplishes these goals and is simultaneously permissible under EU law. This is where David Cameron’s challenge lies: to convince hesitant Conservative voters to remain in the EU, despite the reality that EU freedom of movement does not have much room for renegotiation.

So why is Cameron even fighting to remain in the European Union? The economic reality for Britain is that EU membership is critical. Britain exports about 45% of its goods to the EU, enjoying open market access (no tariffs) in doing so. Furthermore, Britain has developed a significant current account deficit—meaning it imports more goods than it exports. Such a deficit is paid for by foreign capital investment, which is incentivized by the strength of the British pound. This precarious position could be shaken by a Brexit, which would cause economic turmoil in Britain, specifically a loss of confidence in the British currency and a downturn or recession as the economy transitions. As foreign investors move their investments elsewhere, Britain could face a substantial monetary crisis in tandem with an economic downturn.

Brexit and free market supporters have argued that an independent Britain could separately negotiate its own trade deals with the EU, the US and other major global players such as China. However, it is unlikely that the much smaller British economy would be able to negotiate as well as the EU powerhouse. The result would be far greater barriers to trade (particularly with the EU, which would not give Britain the best terms following an unceremonious British flight) and further economic downturn. In other words, the costs of Brexit would be high – economically and monetarily. Because Cameron is a Prime Minister who ran on the platform of sound economic management – and thus is looking for solid economic growth – such a result is unacceptable.

Impassioned debates over economic policy and immigration will tie up Cameron and Britain until the referendum at the very least. But as Britons spend their time debating the merits of EU membership, other European countries are leaning in. As Cameron seeks to limit social benefits for European migrants, Germany’s Angela Merkel has yet to set a cap on the number of refugees and migrants flowing in from the Middle East to her country. Germany has been a key player in EU politics without losing out as Europe’s economic powerhouse. Its continued leadership in the EU, including an impressive moral leadership on the migrant crisis, stands in stark contrast to Britain’s isolationism.

The European Union is not a competition among member states, but Prime Minister Cameron should recognize that Britain’s isolationist bent has costs. Britain’s domestic disputes reduce British leadership in the EU and on the world stage—a weaker position from which to make foreign policy. For his country’s sake, Cameron should have the referendum sooner rather than later and campaign hard to secure the “no” vote. Reticence and isolation from Europe in a globalized world is impractical both economically and politically. It is time for Cameron to switch tactics and become a leader rather than an appeaser.