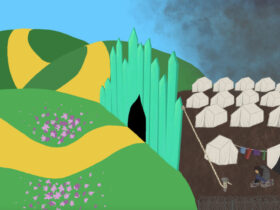 The powerhouse economy of Europe. The de facto leader of the European Union. The champion of human rights and freedom of movement. And now – perhaps the last line of defense for Western liberal democracy against populism, nationalism and isolationism.

The election of Donald Trump to the U.S. presidency, following on the heels of the U.K.’s vote to depart the European Union, is a threat to the U.S.-led project of peace, democracy and free trade that has united North America and Europe since 1945. If campaign promises are to be believed, the Trump presidency will bring a sea change in American leadership, trade policy, commitment to NATO, support for the European Union, and counterbalancing of Russia. Meanwhile, the U.K. has chosen to leave the E.U. and will be ensnared in domestic politics and the negotiating of new trade deals for some time. Finally, key European countries like France and the Netherlands are in jeopardy, with their own upcoming presidential elections and burgeoning right-wing populist parties freshly heartened by Trump’s victory.

The last great defender of liberal democracy may be in Germany, where Chancellor Angela Merkel has recently confirmed that she will seek a fourth term in office. Chancellor Merkel, who has already held the position for 11 years, is the anti-Trump. Merkel’s most common descriptors include ego-less, analytical and pragmatic. She is, notably, the first female Chancellor of Germany. As the steadiest and longest-serving leader in Europe today, she has steered Germany to political centrism, economic prosperity and a role as the unofficial (and sometimes reluctant) leader of the EU.

Outlets including The New York Times and The Economist have entertained the idea that Chancellor Merkel must now take on the liberal democratic leadership role the U.S. is shedding. But Merkel is a cautious, methodical leader more than a visionary or norm-shaper. Though Germany has filled a leadership void in the EU, Merkel tends to focus on Germany’s political interests, and cannot always translate German strength into European strength. Germany’s checkered historical memory also means that German politicians and the public alike prefer restrained politics and cautious national leadership. Chancellor Merkel herself called the idea that she must take over as leader of the free world, “grotesque and even absurd.”

Germany’s response to the Syrian refugee crisis is one instance in which Chancellor Merkel has pushed beyond cautious, middle-of-the-road politics. She showed herself to be a valiant defender of the principles of democracy and human rights by presideding over the most open refugee policy in Europe, admitting more than one million people seeking asylum over the last 2 years. This decision was out of character for Merkel, who tends to carefully adjust policy to match public opinion, avoiding extremes and always looking to compromise. Merkel’s refugee policy undoubtedly cost her considerable political capital: losses for her party, the Christian Democrats (CDU), in the 2016 state elections, as well as a decreasing approval rating. But in many ways the handling of the Syrian refugee crisis was Chancellor Merkel’s finest moment. She found an issue important enough to use the political capital and expertise accumulated over a decade of more cautious policies in office. Looking back, Merkel’s statements fit her doors-open policy; for example, in a 2007 speech to European Parliament, she declared, “The heart and soul of Europe is tolerance.” Perhaps the refugee crisis allowed Merkel to turn long-held beliefs into policy.

Just after Donald Trump’s election, many world leaders began to publish statements congratulating the controversial president-elect. Unlike most world leaders, Chancellor Merkel chose to carefully set ground rules for future cooperation in her statement. Merkel declared Germany and America “bound by common values” including the “dignity of each and every person,” and offered her cooperation “based on these values.” This word choice constituted a subtle warning to the president-elect, a reminder that Germany values and protects human rights, and that any policy challenging these values could have consequences for the U.S.-German alliance.

It is far from certain whether Chancellor Merkel has the interest or the ability to take a more active role as the last effective, centrist, liberal democratic leader. But her ability to take a stand against demagoguery and fear is a good sign.