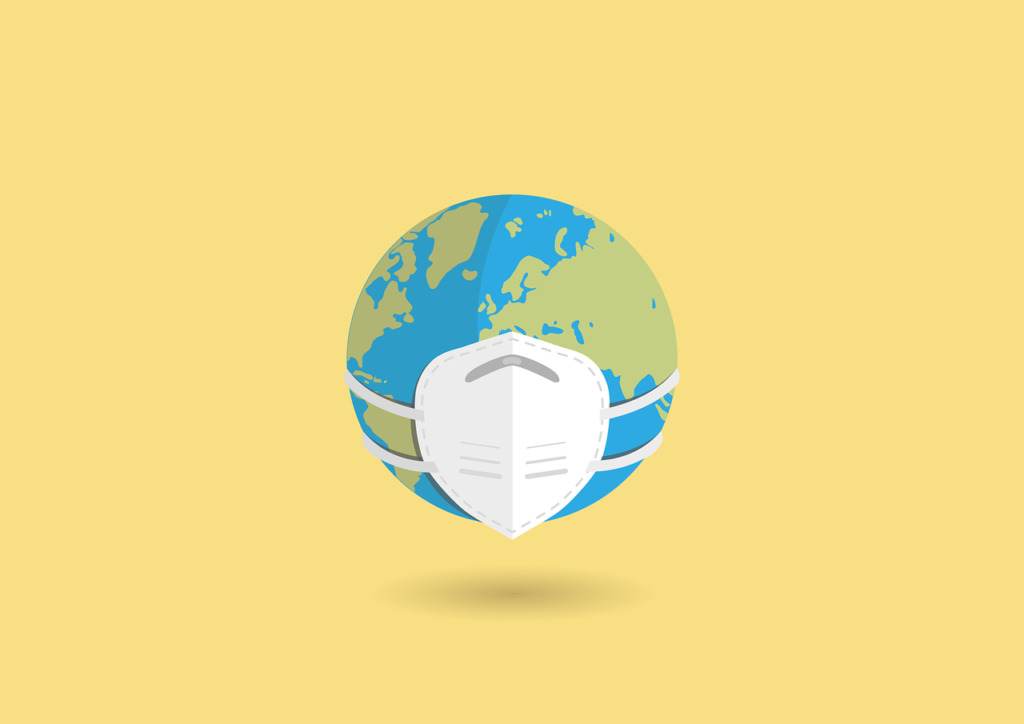 If You’re Gonna Spend, Spend Green: Why Coronavirus Stimulus Spending Should Be Climate-conscious

Joaquin “El Chapo” Guzman has become a household legend. For weeks after his last arrest, people clamored for his release, bearing signs pledging allegiance to him.

“El Chapo is more of a president than Peña Nieto,” one of his supporters claimed, referencing the current Mexican leader.

Though the dark glamor of narcocultura turned him into a local celebrity, his rags-to-riches tale is not what makes him so loved. Guzman’s public approval is fueled above all by his patronage of the rural poor. In his home state of Sinaloa especially, he is credited with paved roads, a decline in violence and job opportunities — in other words: infrastructure and stability. Thus his capture could ultimately lead to the dangerous destabilization of the order originally kept by Guzman’s cartel. Is this starting to sound like more than narcotics trafficking?

Despite their various motives, terrorists, drug cartels and insurgent groups all have one thing in common: they provide for disenfranchised citizens. While the violence, coercion and terrorism of these non-state groups threaten modern international security, their underlying danger is in the adoption of defining state functions across motives and ideologies.

On nearly every continent of the world, non-state actors offer marginalized constituents of weak and/or failed states with public goods and a stability their home governments never could. By filling in these gaps of governance, non-state actors are providing citizens with much-needed welfare they could not access before. While most of the rhetoric surrounding these groups is tied to extremist or criminal motives for allegiance, it ignores the more practical reasons for their success and growing numbers.

Rebel governance is not a new phenomenon. However, the governing capacity of non-state actors has arguably never been more threatening. The Revolutionary Armed Forces of Colombia (FARC) has its origins in the 1960s as a leftist insurgent group. Until the landmark peace deal on June 23, where it agreed to recognize the legitimacy of the Colombian government, the FARC almost autonomously governed the territories under its control. Newer players like ISIS have famously mastered the sophisticated planning and logistics necessary to carry out crucial state functions.

Considering their bureaucratic functions and governing activities, “non-state actor” seems an off-the-mark moniker for groups like ISIS and the FARC. But statehood is a complex classification, philosophized and reworked over centuries. At what point does a group with state-like behavior become a bona fide state? Holding up each group’s operations against some of political theory’s most successful attempts at definition will shed light on the ambiguities of modern statehood, and how the classification has evolved.

The Three-Phase Model of State-building

Foreign policy scholars offer many models to describe the state-building process. In the simplest and most condensed, there are three phases. In the first phase, the new state must protect its territory from internal and external threats, establish a system of law and order and provide a means of exchange. In the second phase, the nascent state will generate revenue and accumulate wealth. Finally, in the third phase the state develops a welfare-enhancing system and redistributes its resources.

ISIS can check many of these requisites off the list. Fighters act in a military capacity to protect itself against external threats, to secure territory and to conduct attacks. Internally, ISIS functions on a network of administrative departments including its hisba police, shariah courts, religious education programs, municipalities and its da’wa PR offices. Aside from establishing a law and order system, this bureaucracy is sophisticated to the point of export, and the group has standardized its operations across provinces. ISIS even mints its own gold currency: a means of exchange. While other terrorist networks rely on outside financial support, ISIS accumulates its own wealth through illicit oil trade.

Colombia’s FARC follows a similar model. Given the organization’s paramilitary identity, fighters and a police force protect members from internal and external threats. The FARC has established courts to resolve internal disputes, developed health and education programs and has even acted as creditor to farmers and small businesses.  Its role in cocaine production and the drug trade provides independent wealth accumulation. Because the group champions itself as a representative of the rural poor, the FARC even engages in types of welfare enhancement.

German historian Max Weber defined the state as a human community that successfully holds a monopoly on the legitimate use of violence. In a warzone, no actor is in possession of this monopoly—at least not externally, and not in a strictly literal sense. But once a non-state actor establishes a law and order system, it may hold a monopoly on implicit, or symbolic violence. In other words, the consequences of violating new laws produce a collective and coercive fear.

Within the society under rebel governance, this fear cements authority. Both ISIS and the FARC use surveillance tools like databases of personal information to exert control. Through checkpoints created by their police forces, they develop an intelligence system to learn about constituents—and later use that information to threaten dissenters.

Of course, both ISIS and the FARC use explicit force and terror to exert control as well. The same way these groups use violence to make political demands to the international community, they also use it internally to enforce their systems of law and order. ISIS in particular utilizes harsh and barbaric punishments outlined in sharia law, like decapitation and mutilation, to demonstrate its authority to members of the caliphate who break with ISIS’ moral expectations. Thus, while other non-state actors and national armed forces may challenge their monopoly on legitimate force, the FARC and ISIS maintain an intimidating capacity.

The State as a Social Contract

These coercive mechanisms engage citizens of weak states in a new, stronger social contract. The most basic version of a contract a state might hold with its people is a tacit agreement to give up certain liberties in exchange for security. Often, citizens are drawn to rebel groups because of their home state’s inability to provide the protection outlined in the most fundamental phase of state building. This particular relationship isn’t hard to mimic. Many drug cartels levy a tax on local businesses in their territory to keep violence off their property. But in groups with more governing capacity like ISIS and the FARC, taxes and the public goods they fund add complexity to the contract. For example, the FARC’s provision of healthcare and education programs surpass the security expectation. As chaos escalates, ISIS and the FARC are better equipped to uphold a multilayer social contract with citizens than failed and weak state governments.

These new contracts are reinforced and cultivated by the spreading ideologies of non-state actors, whether it be religious extremism or representation of the poor. Aside from the decision-making, social service provision, production and taxation that shapes these groups as governing bodies, their ideologies provide the disenfranchised with something more intangible: a new national identity. The underlying mission of these groups makes it obvious that the goal of their operations extends beyond securing political demands.

ISIS has mastered this aspect of governance arguably better than any other group. Its black flag flies across its territories and the road signs welcoming people to its cities. Here, a religious ideology is the unifying factor that has prevailed over dysfunctional elites and corrupt secular regimes. But religion is not the only force that can have this effect. The FARC claims to represent the interests of the poor and opposes the privatization of natural resources, giving a voice to the voiceless.

In both cases, group ideology creates a sense of permanence and identity in addition to the administrative roles of the burgeoning statelet. Combining both elements gives members a “whole-package” alternate citizenship, and both the FARC and ISIS complete their makeshift statehoods.

The practical functions of these rebel governments add another dimension to the difficulty of their eradication—people are actually better off with them in place. In warzones and failed states, marginalized populations cannot benefit from a social contract with an established government, and ultimately conform to these non-state actors in the absence of a viable alternative. Understanding that average citizens benefit from the existence of violent non-state actors is the first step in devising a plan to end them.

Defeating these groups is not a job for military action in a vacuum. Even in territories controlled by aspiring states, they are not the sole claimants to power. Both the FARC and ISIS vie for control among warring non-state actors including cartels and rebel groups. This leads to complex arrangements, some more peaceful than others. Merely taking one out could lead to further destabilization.

But there is good news. Creating institutions to rival the appeal of non-state actors will expose the many holes in the governance provided by these groups. Because of the constant external threat, the security and protection they offer are alluring in the midst of a warzone, but unsustainable over time. In these territories radical agendas obscure basic human rights, and limit their potential success as new states. The lack of international recognition prevents them from negotiating with the global community, and their widespread use of fear and terror ultimately undermines their claim to legitimate authority. Though a theoretical case can be made for statehood, the FARC and ISIS have only the trappings of a functioning state, without the substance.