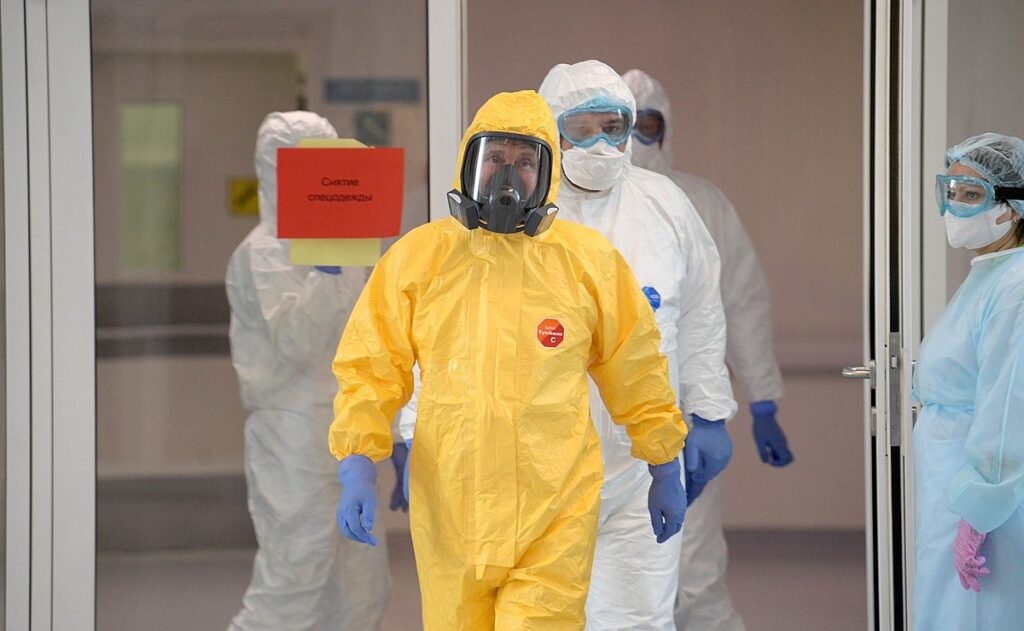 For much of its history, Toledo, Spain was “la ciudad con tres culturas,” the city with three cultures, and the embodiment of convivencia, a time in which Christians, Muslims and Jews lived harmoniously throughout Spain. The period of convivencia is generally defined as the time between the Muslim Umayyad takeover of Spain in 711 AD and the fall of Granada in 1492 when the Catholic monarchs, King Ferdinand and Queen Isabella, demanded the expulsion of Jews and later Muslims from the state.

University of Southern California Professor, James Heft describes convivencia as a “rare period in history” in which religious groups did not “keep their distance from one another, [n]or were in conflict.” Since the expulsions, however, religious acceptance has been transformed and the phenomenon of Toledo’s convivencia—which existed under Muslim rule—has disappeared.

Religious tolerance of Muslims has deteriorated in the West. The dismal response to the Syrian refugee crisis, attacks in Europe organized or inspired by ISIS, and anti-Islamic policies in the United States leave little hope for the construction of “melting pot” communities—like what once existed in Spain. Despite the historical precedent of Spain’s religious expulsions leading to a loss of identity and fractionalization, today’s Great Powers continue to make these same mistakes, basing political agendas on the persecution of certain religious groups. Spain should look to its history of religious tolerance and become a leading nation in embracing religious difference, offering equal opportunities for all past expellees and focusing on fostering sanctuary for refugees, regardless of religion.

The Spanish Expulsion of the Jews and Muslims

A pivotal moment in Spain’s religious history was 1492, when the Alhambra Decree expelled the 225,000 Jews (around 3% of the total population) living in Spain. The Catholic monarchs Ferdinand and Isabella signed the decree into law both in response to threats of Jewish influence on the Catholic faith, and in an attempt to create a Catholic Orthodox Church. Jews were given two options and four months to make their decision: convert to Catholicism or be exiled from Spain. Those who converted (conversos) were able to resist the initial expulsion but were later accused of practicing Judaism in secrecy, which fueled controversy between the old and new Catholics. Others risked everything in order to remain faithful to Judaism and practice their religion freely, abandoning their Spanish history and all their possessions, and risking murder or rape on their journey. These Jews were known as the Sephardic Jews, “Sephardic” meaning of Spanish descent.

Those who left fled to North Africa, the Ottoman Empire, Italy or other nearby countries. The lucky ones made it to Ottoman Turkey, where Sultan Bajazet welcomed them with open arms. Those who migrated to Portugal though were not so lucky, for in 1495 King Ferdinand and Queen Isabella permitted Manuel of Portugal to marry their daughter, Princess Isabella—only if Portugal too, expelled all Jews. The migrants who had given up their lives in Spain to remain faithful were ultimately forced to convert.

In 711, the Moors, Muslims of Arab descent who migrated from North Africa to Spain, crossed the Strait of Gibraltar, invading most of modern day Spain and Portugal. The Muslims granted generous surrender terms to the people living in Spain and arguably relieved them from the unjust Visigoth rulers that existed before the Muslim rule. During this time, the Muslim dynasty had no intention of forcing other religions out but rather encouraged convivencia and tolerance. Toledo was the most quintessential example city in which these values became reality. Even more, much of Spain’s development can be attributed to this period of Muslim rule, with advances in agriculture, irrigation systems, public baths, libraries, colleges, and the popularization of literature, poetry and architecture. Some of the most important Spanish buildings, such as the Alhambra in Granada and the Grand Mosque of Cordoba, were designed by Muslim architects. So much of the magic and beauty of Spain is a reflection of Moorish culture.

But with the Reconquista, the Muslim Moors lost the land they ruled for over 700 years. The Spanish rulers did all they could to remove every trace of Islam from Spain by forcibly converting all Muslims, burning all Arabic texts, transforming Islamic buildings into Catholic churches and “cleansing” what was the dominant culture for so long in Spain. Between 1609 and 1614, the Spanish monarchy forced out nearly 350,000 Moriscos, descendants of Muslims who converted to Catholicism while continuing to practice Islam in secret. Most of these Moriscos fled to Northern Africa, taking with them their Spanish Islamic culture.

An Attempt at Forgiveness

Ever since the expulsion of Jews and the Muslim Moor community, convivencia has disappeared from Spain. The sad reality is that there are very few places even outside of Spain where Jews, Christians and Muslim live harmoniously together, making the possibility of a convivencia revival slim.

However, Spain is attempting to take steps in mending its ties with the ancestors of the Sephardic Jews. In 2012, the government of Spain passed a law allowing Sephardic descendants to apply for citizenship, offering the opportunity to about 3.5 million Jews who trace their ancestry back to Spain. Portugal too has taken measures to bring back the descendants of the expelled Jews. Dina Siegel Vann, director of Latino and Latin American Affairs at the American Jewish Committee says that “what Portugal and Spain are doing is quite outstanding given the general anti-Semitic climate in Europe”.

Thus far, many have shown interest in the offer, particularly those in Israel, Argentina and Turkey. The Sephardic Jews must prove their Sephardic heritage by affirming ladino comprehension and going through a background check. Jews may decide to do this for economic or sentimental reasons while others may try to escape rising anti-Semitism in their home countries. Issues of cost and difficulty, though, have caused trouble throughout the process. Furthermore, many people have lost their traditions and have given up their ties to Spain, still feeling betrayed by their former home. But Spanish Justice Minister Rafael Catalá remains hopeful: “this law says much about who we were in the past and who we are today and what we want to be in the future—an open, diverse and tolerant Spain.”

With the government now making accommodations for the ancestors of the expelled Jews through the dual-citizenship process, it has many Muslims wondering why there is no similar opportunity for the descendants of the Spanish Muslim Moor community. Muslims were forced out on nearly the same conditions as the Sephardic Jews and should be entitled to the same rights. Recently, groups that identify as Moriscos in Morocco have called the decision selective and racist. Ahmed Bensalh, a Moroccan journalist questioned, “is Spain aware of what might be assumed when it makes peace with some but not with others? Is Spain aware of what this decision [not to include Muslims in the return]could cost?… Does Spain have alternatives to the foreign investment from Muslims?” Muslims have the right to take offense to the acceptance of one religious group but not another.

Lawmakers in Spain and Portugal argue that the Jews were persecuted and deserve atonement, but that the expulsion of the Muslims was a matter of decolonization and not an equivalent comparison. But considering that both groups were expelled on nearly the same terms by the Catholic Spanish rulers, allowing Sephardic Jews a path to citizenship is discrimination against Muslims.

Now, with a majority of Syrian refugees seeking sanctuary in Europe, the historical roots of intolerance are uncovered due to the failure of past reconciliation. Spain has been rather idle in the EU redistribution plan for refugees amidst the crisis. Although agreeing to receive 15,000 refugees under the EU redistribution plan, Spain has only accepted 18, a strikingly low number. The slow process has been attributed to the “procedural implications” that have delayed the arrival of refugees. Barcelona, which has actively participated in planning a network of homestays for refugees upon arrival, is outraged by the lack of progress. This is a representation of broader issues facing the EU redistribution plan. Most countries have failed to receive their quota of refugees from Greece or Italy due to resistance and lack of efficiency. Countries are seen to be resisting quotas because they see “no end in sight to the migrant crisis” and do not want to continue working for a cause to which every other nation is not equally contributing. With most of these refugees being Muslim, it is worth questioning whether the resistance is tied to fear of Islam, similar to the resistance seen in the United States under President Donald Trump.

It is clear that Spain, and many other Western countries, still have much work to do in revamping and rethinking the systems and government decisions being made and how they represent religious tolerance. For a country that has so much history of religious cohesion and Islamic culture, it would be truly astounding for Spain to lead a return to a Toledo-inspired religious harmony.

The United Nations Has a Veto Dilemma