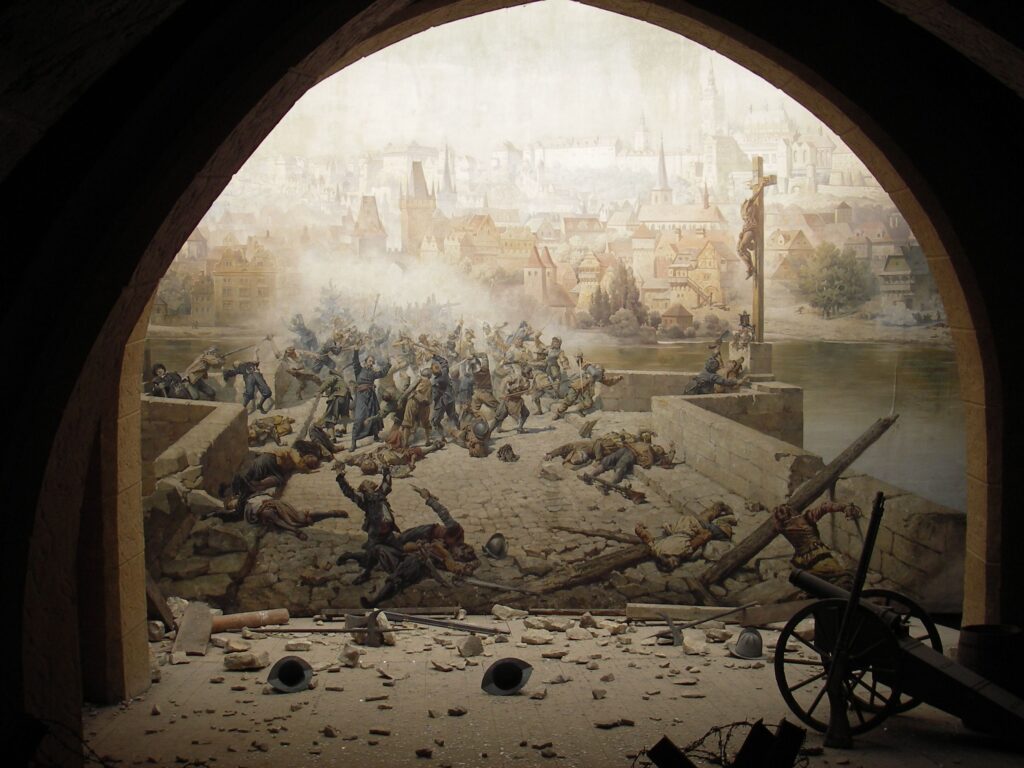 By listening to political debates, it would seem that in contemporary America, you have the antigovernment fiscal conservatives on one side and the pro-expansionary government progressives on the other. This sort of ideological polarization rightly drives many citizens to the center, where they are there unable to find a policy approach and ideology that can fit their proclivities. Fortunately, there are indeed several American commentators actively espousing a coherent centrist philosophy—they are simply hard to find.

One of the few out there – and, in my opinion, one of the best – is the New York Times’ sole conservative columnist, David Brooks. Like Theodore Roosevelt and Dwight Eisenhower, Brooks is nowhere near as conservative as his fellow Republicans, yet far too conservative to be a Democrat. But his is not a wishy-washy centrism—he articulates a powerful and novel governing philosophy, one based upon the noblest tradition in American statecraft and updated for the 21st century. Brooks has dedicated many of his columns to outlining aspects of what he calls a “Hamiltonian agenda”, and discusses at length many of the reasons why it is not a powerful force in contemporary national politics.

In particular, his May 2012 column, “The Role of Uncle Sam,” did a fantastic job detailing Hamiltonianism’s decline and distinguishing it from its nephew: contemporary Progressivism. This is important, because the Progressive tradition sprang forth as a mutation of the Hamiltonian persuasion; many libertarian-leaners on the right make no distinction between the two. A clear analysis separating the two traditions is in order. Unfortunately, the length constraints of column writing prevented that piece from exploring the true gulf between Hamiltonianism and Progressivism in any detail. Therefore, in the hopes of illuminating this crucial distinction, I will build on Brooks’ argument here, quoting him at length. Because I am expanding on Brooks’ argument, and because I will be writing about the expanding role of government, it is fitting that I entitle the series: “Expanding the Role of Uncle Sam”.

Contrary to the narratives of libertarians, the federal government has played a substantially positive role in the economic development of the American nation-state. Contrary to the narratives of those on the further reaches of the Left, business has played a generally positive role in American social development. Brooks describes this phenomenon as a persuasion where the citizen is simultaneously both “pro-government” and “pro-business”. Given that the economy is fundamentally stewarded by the government, and that only business can generate the wealth necessary to fuel government and society, this harmony of interests should not be hard to discern. It does appear to be that hard, however, for much of today’s polarized political class.

There was a Founding Father who sincerely believed in this harmony of interests between government and business, and who supported cooperation between them through sound public policy and patriotic business development. His name was Alexander Hamilton.

Hamilton, through the various national programs and policies he advocated, sought strategies that would encourage broad-based economic growth, the economic unity, independence and might of the American nation, and a general climate of opportunity and upward mobility for entrepreneurial citizens like himself. These policies included the establishment of a National Bank, which would offer loans to enterprising businesses and safeguard the public credit; protection and support for infant manufacturing industries, which would give the United States a competitive economic base and forestall its dependence on foreign powers; and the public funding of infrastructure like roads, lighthouses and other utilities, which would create the conditions upon which a robust young economy could grow.

The Federalist Party, of which Hamilton was a leader, struggled against the Jeffersonian Republicans to implement its nationalist strategies. After the demise of the Federalists, the Whigs and National Republicans rose up and carried on the mantle of nationalism, under such leaders as John Quincy Adams, Daniel Webster and Henry Clay. Henry Clay, in particular, was able to solidify the old Federalist economic agenda into a coherent economic plan, called the American System. The American System featured all of the elements of Hamilton’s original national system, and explicitly linked them together. A new National Bank would fund entrepreneurial business development across the fledgling nation. Protectionist measures, from tariffs to infant industry subsidies, would further encourage the now burgeoning US manufacturing sector to compete on the international market against British goods. And federal support for internal improvements like canals, railroads and the National Road would bind the nation together as one mighty republic.

Unfortunately, the uniting principles behind the American System were insufficient to forestall the dissolution of the Union with the Civil War. Southern planter power was too strong. But the complete breakdown of the legislative system, and the shift of power into the Executive Branch, gave President Abraham Lincoln a historic opportunity to cement the elements of the American System into our national political infrastructure. And, in the course of winning the war, Lincoln did just that. With a significant degree of congressional support, Lincoln signed the Homestead Act, which made reality the ideal of the government providing people with ‘a hand up’, rather than a handout, by offering free land to all Americans willing to work on it. With the Railroad Act, Lincoln set about uniting the Union with a powerful infrastructure; with a series of finance laws, national finance was recentralized under a central banking system and a central currency; and the conduct of the war, with its immense demands for production, created an artificial market – the federal government – for the goods of Northern industries to be absorbed into, thus stimulating vast economic growth. Had Lincoln lived to complete his second term, he doubtlessly would have continued the long, thankless task of developing the nation through Hamiltonian centralist ideals. His successors did so well enough, but they failed to act decisively when the fruit of Lincoln’s creation, American industry, began to devour its cradle.

Over the course of the late 19th century, conditions in the US grew steadily more plutocratic and unequal, in large part thanks to the fantastic reservoirs of wealth gushing forth from the font of the second industrial revolution. Republicans like Henry Cabot Lodge, Elihu Root, William McKinley and Theodore Roosevelt continued to pursue the nationalist aims of previous generations of Hamiltonian statesmen, but now they encountered a quite different array of issues than those that faced Lincoln, Clay, Adams and Webster. Accordingly, all of them – most especially Roosevelt – began to adapt the philosophy and its policies to the realities of the late 19th and early 20th centuries.

Upon ascension to the presidency, Theodore Roosevelt proved himself to be a true lion. In politics he was a populist, denouncing the crony control of many aspects of government that the largest corporations now exerted, the organization of monopolies over various industries and the general timbre of social inequality that was beginning to wrack the great industrial cities made rich and poor by coal and steel. While continuing the traditions of central regulation of finance, government funding of massive public infrastructure projects and the general promotion of basic industries, Roosevelt also began fighting for reforms that would undercut the plutocratic upper class and provide some degree of protection and, more importantly, equality of opportunity for the working class. New schemes of social insurance, as well as consumer protection laws, paeans to the melting-pot American national identity, and campaigns against corruption characterized a mere handful of President Roosevelt’s reforms to serve the ideal of upward mobility within a united American nation. The ultimate goal was conservative: a restoration of the individual upward mobility and general sense of equality before the law that was fast disappearing in the new plutocratic world.

A version of this article first appeared at Independent Voters Network.