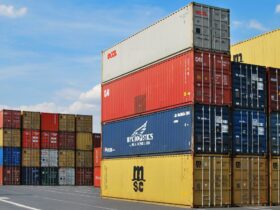 How the Trade War Ends

“Nation-building” is an often-abused phrase that can be construed to mean a variety of things. Typically, it refers to the development of strong institutions to stabilize a developing nation and set the foundations of domestic prosperity. Increasingly, it refers to the development or modernization of basic infrastructure at a national level. But these definitions more accurately describe “state-building,” the development of governing institutions and the building of physical infrastructure, than the construction of a nation. A nation is a politically unified group of people united by shared values and heritage, and cannot be built by either the pen or the shovel.

There is a third definition of “nation-building” which, like the first two definitions, is not literally the construction of a nation of people, but is nonetheless prerequisite to the development of a flourishing and unified nation. Indeed, it is perhaps the prerequisite for any successful nation to flourish in a geographic space. This third form might be better described as “empire-building”, though without the connotation of the subjugation of less powerful peoples. This version of “empire” refers to the establishment of political unity and security over vast domains.

The United States had six main geopolitical imperatives for empire-building from its birth. By the dawn of the 20th century, it had largely achieved these and set the foundations for global power status. Statesmen from Alexander Hamilton to John Quincy Adams, and Henry Cabot Lodge to Theodore Roosevelt, all contributed to the attainment of these imperatives in their own ways. The resulting dominance over America’s strategic theater is their lasting gift to posterity—a gift so crucial to our existence as a nation that most forget its blessings of order and security until they are threatened.

First, in order to sustain a robust foreign policy in the inherently dangerous late 18th and 19th centuries, the young United States required a durable economic base to provide for its forces, sustain the legitimacy of its government and keep apace of the technological breakthroughs of its rivals. As the 19th century went on, economic independence became more and more critical, and thus the Hamiltonian proponents of the American System encouraged a strong manufacturing sector to augment the already-prosperous agricultural economy and invigorate the finance and commerce of the coastal hubs. Not mired in poverty but rather in wealth, the United States had the resources it needed to fund its various geopolitical adventures. By the late 1800s, the US was the economic powerhouse of the world.

Second, the leaders in New York, Philadelphia and, finally, Washington needed to keep the diverse nation unified under a single banner—a balancing act that was increasingly complicated with every territorial expansion and surge in immigration. Regional hostilities between the plantation South and the industrial North flared into crises, eventually culminating in the Civil War. In that great epic, President Lincoln determined once and for all that the United States would be a single, unified nation-state. Were it not unified under the Star-Spangled Banner, the United States would never have been able to exert unparalleled influence over its near abroad—North America and the Greater Caribbean Basin.

Third, the leaders of the young United States needed to ensure that the new nation dominated the core heartland of the American continent—that is, they needed to expand American power from the Atlantic Seaboard to the fertile plains of the Great Lakes, the Ohio River basin and the Mississippi-Missouri River system. This core heartland was the foundation of much of America’s agricultural wealth subsequent to the Louisiana Purchase, and provided the newly continental nation with much-needed strategic depth, or spare geographic space to retreat into and operate from in the event of invasion. With the Greater Mississippi Basin bought from France and Britain expelled from much of the Old Northwest, Americans now had a reasonably secure geopolitical core.

Fourth, the United States sought to expel foreign powers from North America to prevent their use of North American resources, strategic ports on the Pacific and Gulf Coasts and other strategic sites from which they might project power from the American heartland. This was accomplished through settlement, purchase, diplomacy, war and a host of other means. The United States purchased Florida from Spain, Louisiana from France and Alaska from Russia, negotiated a settlement with Great Britain over the Oregon Territory, conquered California and New Mexico from the Mexicans, and annexed Texas. Dominating the continent and dealing with no significant threats from imperial powers, the United States could rest at ease.

Fifth, the young United States had to ensure that the areas around American territory were friendly and would not pose a threat. In halving Mexican territory in the Mexican-American War, the United States significantly reduced Mexico’s power, and by the end of the 19th century was taking steps to ensure that threats emerging from Mexico – like the infamous Pancho Villa – could not directly threaten Americans across the border. After the War of 1812, Canada, which had only barely escaped American conquest, sought to integrate itself economically with the colossus to its south. In both cases, wars of attrition preceded friendly and non-threatening relationships. Finally, through a series of interventions in almost every Caribbean and Central American country, as well as in a few South American countries, the United States secured hegemony over the Greater Caribbean Basin, although never formally. This area would come back to haunt Uncle Sam during the Cold War.

Sixth and finally, the United States needed to dominate the seas around the American continents and ensure that no European navy could ever approach America’s shores, choking off American commerce and naval maneuverability. This became particularly imperative in the aftermath of the War of 1812, when a British fleet sailed up the Chesapeake and Potomac and burned Washington, DC to the ground. After various attempts in the early 19th century, the effort finally succeeded by the early 1900s, marked by the Great White Fleet’s successful circumnavigation of the globe and demonstration of American naval prowess to the world. This, in turn, set the United States in position to begin claiming colonies of its own and exerting greater dominance in world affairs.

These six geopolitical imperatives – a strong economy, a united nation, dominance over the North American heartland, expulsion of European powers from North America, primacy among the other regimes of the Western Hemisphere, and control of the seaward approaches to the United States – largely defined American grand strategy throughout the first century of the republic. As the United States transitioned into world power status, a new set of geopolitical imperatives befitting of a world power became increasingly relevant as America butted heads with other powers and found stake in crafting a safe and amenable world order. American strategists grapple primarily with these newer imperatives today, striving to prevent the rise of a hegemon in any region of Eurasia, to dominate the world’s oceans and maintain the global economic system, and to build and utilize international institutions to forward these and other ends.

However, the fundamental baseline of American geopolitical strength – continental dominance – remains the baseline of American foreign policy. If anything threatened those six geopolitical imperatives, then the strategists of the United States would respond immediately. These strategists did so in Latin America many times during the 20th century, most famously when the Cuban Revolution installed a Communist regime 90 miles from Florida. Currently, increasing American attention towards the nearly failed state in Mexico represents another iteration of this strategy—seeking order in America’s near abroad. We have not yet resolved this particular problem, but dealing with it is core to America’s strategic interests and necessary for American security.