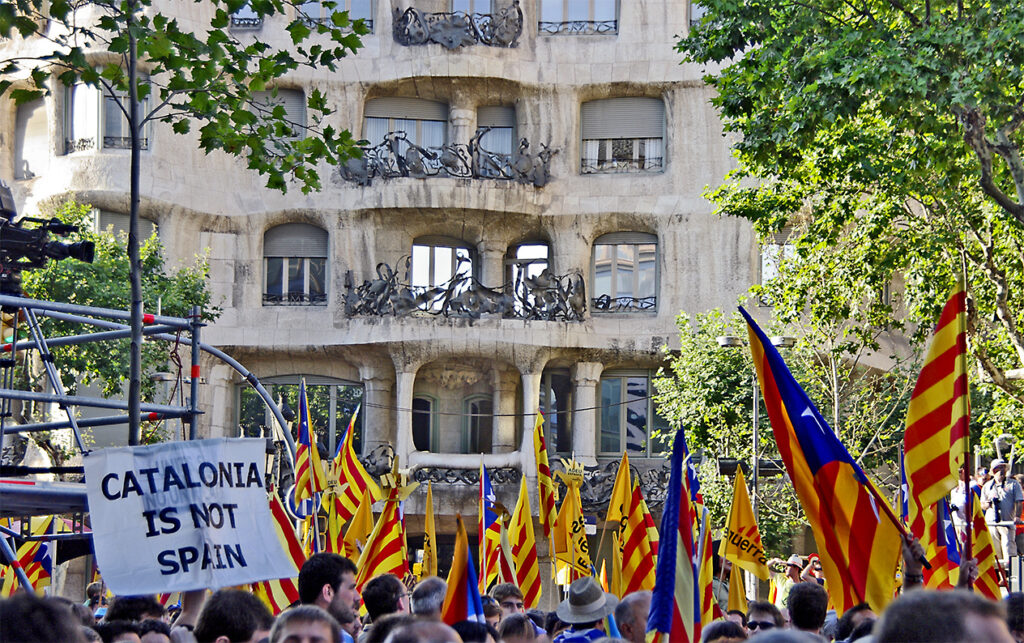 Masters of Their Future: The Catalan Quest for Independence

Gaining membership to the European Union (EU) has been a frustrating process for Turkey. The Near East nation began its campaign for EU membership nearly 30 years ago under the EU’s predecessor, the European Economic Community. In 2005, 18 years after beginning the application process, Turkey was finally invited to enter accession negotiations. The protracted delay was a result of unfavorable economic conditions in Turkey as well as Turkey’s tumultuous relationships with EU members Greece and Cyprus. Yet, the question remains: why hasn’t Turkey been granted membership to the EU?

The answers are many and complex. First, geographically, Turkey is located between the East and the West, yet only 3% of Turkish territory actually lies within Europe. The rest of the nation borders hostile neighbors such as Iran, Iraq and Syria. Second, Turkey is culturally aligned more with the East than with the West. The majority of the Turkish population is Muslim, whereas most EU nations are home to a Judeo-Christian cultural tradition. Third, EU leaders are wary that Turkey’s fragile economy could place a heavy financial strain on the EU. In recent months, Turkey’s inflation has reached 7%, the value of the lira is slipping, and foreign investors are fleeing. However, the most glaring explanation for Turkey’s delayed entry seems to be its increasingly autocratic government.

Prime Minister Recep Tayyip Erdogan’s regime has committed countless human rights violations, and thus jeopardized Turkey’s chances of joining the EU. Last summer, peaceful demonstrators staged a sit-in to show their disgust with the government’s encroachment on civil liberties. The government responded with violence, using water canons and tear gas to forcibly remove the protestors. The police killed four and injured thousands. Since a major criterion for admission to the EU is high human rights standards, the government’s brutality elicited a negative response from EU officials and prompted German leaders to question Turkey’s eligibility. Further, EU leaders voted to delay accession talks that had been months in progress. Presently, corruption is corroding the government and Prime Minister Erdogan’s reputation. Last month, the Turkish government blocked websites such as YouTube and Twitter. Yet, censorship of social media platforms is but a fraction of the abuses in Turkey – a nation where journalists are routinely arrested and incarcerated for criticizing the party.

While the EU is not ready to accept Turkey, the Turkish public is hesitant to join the EU. Recent polls have shown public frustration toward the accession movement. Additionally, Turkey has experienced spurts of economic growth in the last decade thanks to a customs agreement with the EU that has facilitated, among other things, the development of a sophisticated export trade. Turks might feel that the country doesn’t need the EU to be successful. Prime Minister Erdogan and other top Turkish officials have recently expressed disdain toward the EU, with one minister even being quoted as saying: “Turkey doesn’t need the EU, the EU needs Turkey. If we have to, we could tell them ‘Get lost, kid!’” Although Turkey has seen considerable economic growth in recent decades, the economy is still underdeveloped and could benefit greatly from EU accession. However, the rhetoric of Turkish leaders indicates a turn away from Europe.

It is clear that Turkey’s gradual abandonment of democratic principles is likely to hinder the progress of their EU membership bid. Regardless of posturing by Turkish leaders, the economic benefits of EU membership are undeniable. Yet, it is clear that the Turks have a long way to go before they will be able to join the EU, if ever.