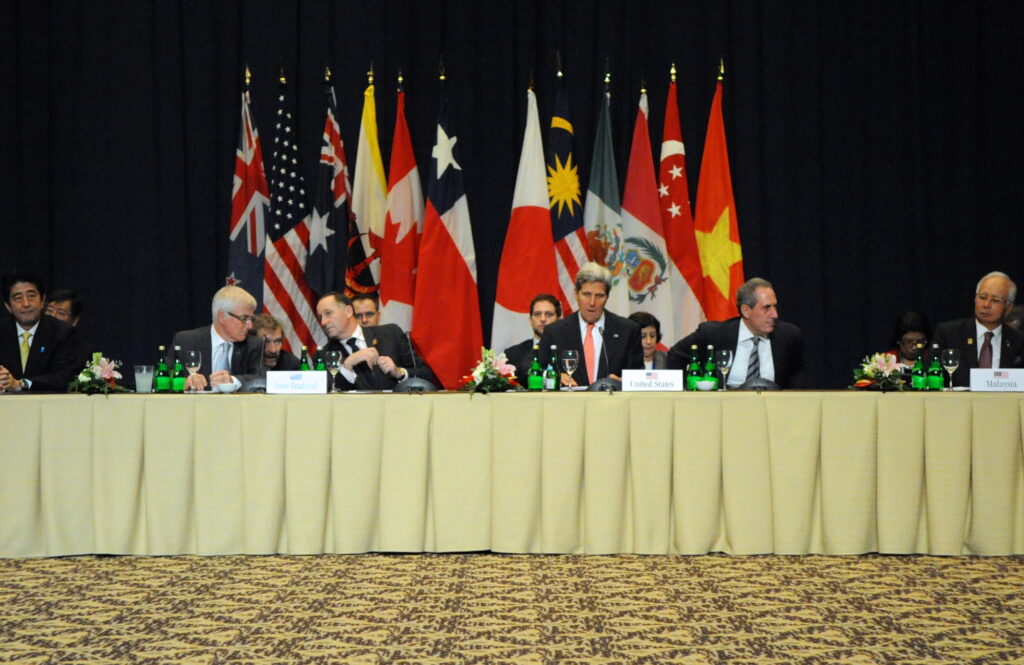 The Correspondents Weigh-In: The Trans-Pacific Partnership

American political thinkers en masse have not engaged in meaningful debates on American grand strategy since George H. W. Bush’s proclamation of the ‘New World Order’ in the early 1990s. There have been sincere yet misinformed attempts to change America’s role, including the globalization prophets of the Clinton years, the Terror Warriors of the Bush years, and the liberal re-setters of the Obama years. However, no major faction of thinkers has articulated a practical and influential foreign policy capable of protecting America and the liberal international order in our changing world.

Remodeling America’s grand strategy will be difficult. In the near future the necessary lights will return to the foreground and shape the debate towards the best possible ends. At the moment, though, it would be beneficial to examine what coming paradigm shifts may look like to prepare us for the shock.

First, the supposedly transcendent norms of democratization and liberalization that swept the globe and led to a new world order over the last two decades are, in fact, not false illusions, but rather social and political constructions whose dissemination has been made possible only by the geopolitical situation of the Post-Cold War world. American hegemony, an interconnected international economic order focused on the United States, Europe, and China, the political bankruptcy of Communism, and the lack of dominant powers in any of the non-North American regions of the world created an environment wherein general interstate peace, the deepening of trade flows between the world’s major economic hubs, the spread of Western-encouraged democratization and liberalization, and multilateralism as standard diplomacy seemed to be basic forces of history rather than historically-contingent phenomena. The success of internationalism and American ideals blinded American political players to some of the unfortunate realities of international political life.

The global geopolitical situation has certainly changed over the last two decades, particularly with the assertiveness of China and the adventurism of Russia over the last six years. The resurgence of other political and economic centers of power, particularly in Russia, China, and Iran, and to a lesser extent India and Japan, has threatened American hegemony. Economic troubles in the US, Europe, and Japan, coupled with resurgent economic nationalism, have stalled the progress of the global commercial and financial order, proving globalization to be a double-edged sword. The ugly offspring of ‘democracy’ in Egypt, Libya, Myanmar, Pakistan, and other developing nations, as well as the local mutation of American-style liberalism in East Asia, Latin America, and even Western Europe of all places, have threatened formerly ‘universalist’ liberal values. Russia’s forays into Georgia and Crimea, China’s posturing with Vietnam, the Philippines, and Japan, and Iran’s manipulation of the situations in Syria and Iraq have brought the phantasmal ideals of perpetual peace, the triumph of multilateralism, and the end of interstate war to an ironic stalemate.

Moreover, innumerable trends in areas beyond the economy and politics are demanding a fundamental rethinking of how we manage foreign policy. Exponential technological advancement in fields as diverse as information technology, biotechnology, communications, energy, transportation, and manufacturing are restructuring societies, militaries, and economies. The ‘New Medievalism’ – a localization of many political units and the transition of duties formerly embraced by the state to various non-state actors such as corporations, non-governmental organizations, stateless nations, cartels, and insurgent groups – has resulted in a new anarchic political dynamic that cannot be managed by traditional statecraft alone. Environmental change, demographic shifts, and other unpredictable historical forces will continue to shape international and domestic politics in the coming decades.

How can the principles of liberal world order, American pre-eminence, and the balance of power be maintained in a world where increasingly assertive regional powers bolster their presence along their frontiers while developing societies crumble in the face of insurmountable domestic odds?

To start, the United States should determine whether or not maintaining the balance of power in every critical region of the world is feasible. Preventing the Russians from dominating Eastern Europe, the Iranians from intervening in the Greater Middle East, and the Chinese from bullying East Asia has certainly kept America the predominant power in those regions. At the same time, it has cost America blood and treasure, alienated three potential partners, and prevented those states from crafting local political orders that might be far more effective at stymying anarchy than the internationalist pretensions of the Western elite, who are proving to be far too incompetent at handling their own problems to be trusted with the affairs of others.

Balancing the Indians and Pakistanis, the Iranians and Israelis, the Japanese and the Chinese, and the Russians and the Europeans has perpetuated regional rivalries and conflicts and prevented the emergence of other hegemons. These rivalries serve America’s strategic interests in preventing the rise of challengers, but in light of present shifts in the balance of power, it is not clear whether the United States has the resources or will to perpetuate such situations and serve as the global lever. While allowing the emergence of regional hegemons is nowhere near ideal, it may be worthwhile to have go-to strongmen in the world’s critical regions who would be, if not dependable, at least predictable. Such a global concert system, populated by regional leaders as Germany, Russia, China, Iran, Turkey, Japan, and Brazil, and maintained by the United States, would certainly provide a more orderly international system than the vaguely law-based equality of all states existing on paper today.

Now, it may be worthwhile to stymie potential challengers. But if current political, economic, and demographic trends are to be trusted, it appears that this will ultimately be a futile endeavor, as developing nations transition into middle-class economies, their subsequent power may be too much for us to keep in check, and our attempts at policing will certainly invite contempt.

America would benefit from maintaining a liberal world order through control of the seas and dominance in military and economic might wherein fellow developed nations would come to the table, manage their own affairs, solve mutual problems, and generally strive to keep order around the world. American values could be promoted, but it would not be wise to export them and seek to impose them on our fellow states. And if the world trended towards war, it would be far easier to manage such a crisis in a world of developed states with mutual understandings, rather than a polarized world of the decadent West and the resurgent rest.

The international system is presently enmeshed in a period of great stress and tension, and a new method of thinking about politics will have to conquer the decadent contemporary orthodoxy. The statesmen of the future must engage in these discussions and seek dynamic and creative solutions – the fate of our nation demands nothing less.