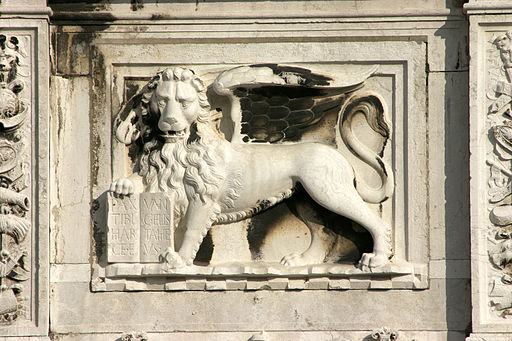 While 2019 was one of the hottest years on record, it was also one of the hottest years for corporate “sustainability”. Despite big oil’s continuous pledge of a renewable future 2018 was the first time that sustainable energy saw a stall in global installment. The International Energy Agency (IEA) estimates that an annual increase of around 300 gigawatts of renewable energy is necessary to combat the worst results of climate change. Even more frightening, fossil fuel adoption continues to grow across the globe, particularly in the global East and developing countries. In accordance with the IEA’s current policies, coal usage in the East could rise by up to 38 percent, with natural gas substantially growing as the dominant fossil fuel. As there was a significant drop in the price of  solar and wind technology in 2018, it would only seem natural that clean energy would have made progress in overtaking fossil fuels. However, oil stayed steady. This is in part due to the  heavy global subsidies that support fossil fuels despite their existentially dangerous consequences.

How Subsidies are Calculated

According to the International Monetary Fund (IMF), the global energy sector saw subsidy injections of $5.2 trillion in 2017 (6.5 percent of global GDP), a substantial increase from 2015’s $4.7 trillion subsidies. China leads the world in fossil fuel subsidies at $1.4 trillion, and the United States closely follows with $649 billion. While these numbers are extremely alarming, it is important to understand how they’re calculated. The IMF report determined the costs associated with negative externalities of fossil fuel — local pollution and greenhouse gas (GHG) emissions, the opportunity costs of supplying fossil fuels and the lack of value-added taxes associated with fuels — and compared them with the current fossil fuel market prices. While some of these considerations may seem convoluted, these costs are purposefully removed from fossil fuels by governments and The Organization of the Petroleum Exporting Countries (OPEC) to increase profitability.

Aside from economic incentives, the fossil fuels industry has also benefited from lenient accountability on accurate emissions reporting. When a team of scientists collected data outside American ammonia fertilizer plants, they came across a striking revelation: methane emissions, which are 25 times as potent in climate change impacts as CO2, were 100 times higher than the numbers self-reported by the plants. The annual emissions from this industry are six times larger than the EPA’s estimated annual methane emissions for the entire United States industrial production. This instance of negligence is not an isolated case; Canada’s oil sands, critical to their energy economy, actively underreport emission data, with accurate recordings seeing emissions upwards of 123 percent greater than expected. Because of subsidies and lack of transparency, fossil fuels continue to dominate; 2018 emissions rose by 6.3 percent in India, 3.4 percent in the United States and 2.3 percent in China, and sustainable energy investments fell by 39 percent in China and 6 percent in the United States.

This year’s G20 Osaka Summit saw the release of the Update on Recent Progress in Reform of Inefficient Fossil-Fuel Subsidies that Encourage Wasteful Consumption, put together by the IEA and the Organisation for Economic Co-operation and Development (OECD). The dire report stated that “progress in reducing subsidies and government support for fossil-fuel production and use has slowed down in 2017,” mostly due to “tax provisions that provide preferential treatment for cost recovery [for fossil fuels].” The 2019 G20 meeting resulted in the creation of the OECD Paris Collaborative on Green Budgeting, which seeks to organize funding for sustainable projects to directly combat fossil fuels. Progress is slowly being made, but perhaps more effective than supporting renewables would be directly taxing fossil fuels to encourage higher costs for emissions, appropriately accounting for negative externalities.

Carbon Taxes: How to Incentivise Renewables

Implementing a carbon tax could do just that. A price on GHG emissions would directly inhibit the release of local and global pollution, which could increase the competitiveness of green technologies on the energy market. Taxes are never popular, but there is far-reaching support for carbon pricing. The Climate Leadership Council — with founding members including scientist Stephen Hawking and Former Chair of the Federal Reserve Janet Yellen — released a statement this year supporting a global carbon tax, stating that: “A carbon tax offers the most cost-effective lever to reduce carbon emissions at the scale and speed that is necessary. By correcting a well-known market failure, a carbon tax will send a powerful price signal that harnesses the invisible hand of the marketplace to steer economic actors towards a low-carbon future”

Carbon taxes have had varying degrees of success with current implementations. Canada’s recently reelected Prime Minister Justin Trudeau oversaw a widely-supported nationwide tax on fossil fuels, set to reach $38 per ton of CO2 released by 2022. This tax is refunded annually, offsetting higher energy costs for nearly 70 percent of people. Conversely, France’s €44.60 per ton tax resulted in the disastrous Yellow Jacket Protests. Rather than solely targeting corporate emissions, this tax directly impacted rural citizens, resulting in widespread anger and negative press. The average population is not responsible for the majority of emissions, and should not be taxed as such. While transportation fuel contributes to climate change, governments should prioritize action on major polluting industries like cruise ships and fossil fuel producers before bringing taxes to consumers.

The International Monetary Fund (IMF) estimates that a global carbon tax of $75 per ton is needed by 2030 in order to adhere to the 2016’s Paris Agreement commitment of limiting global warming to 2 degrees Celsius per year. However, the world currently averages a tax of just $2 per ton. A tax jump this high would result in extreme economic impacts. The costs of climate change, however, will surely decimate society, putting billions of people’s livelihoods in danger and reducing global economic prosperity by the trillions. There are inevitable challenges with any taxation, but economic solutions are necessary to combat economic problems. Despite their perceived financial burdens, carbon taxes play a necessary role in limiting fossil fuel subsidies — in turn mitigating climate change’s worst outcomes.

Kevin Fry is a senior at USC studying International Relations Global Business and Environmental Studies. After spending the first half of 2019 pursuing climate change and energy issues in Washington DC, Kevin has dedicated his research to the clean energy transition. He is also a member of the USC Rock Climbing Team and SC Outfitters, where he leads outdoor backpacking trips on the weekends. After graduation, Kevin hopes to further his academic studies in environmental energy policy, specifically looking at West Africa’s energy transition.